Accessibility links
Russian Cosmonaut Returns From Record-Breaking Space Mission : The Two-Way Gennady Padalka, who spent several months aboard the International Space Station, has now spent more time in space than any human, clocking more than 2.4 years in space on five missions since 1998. 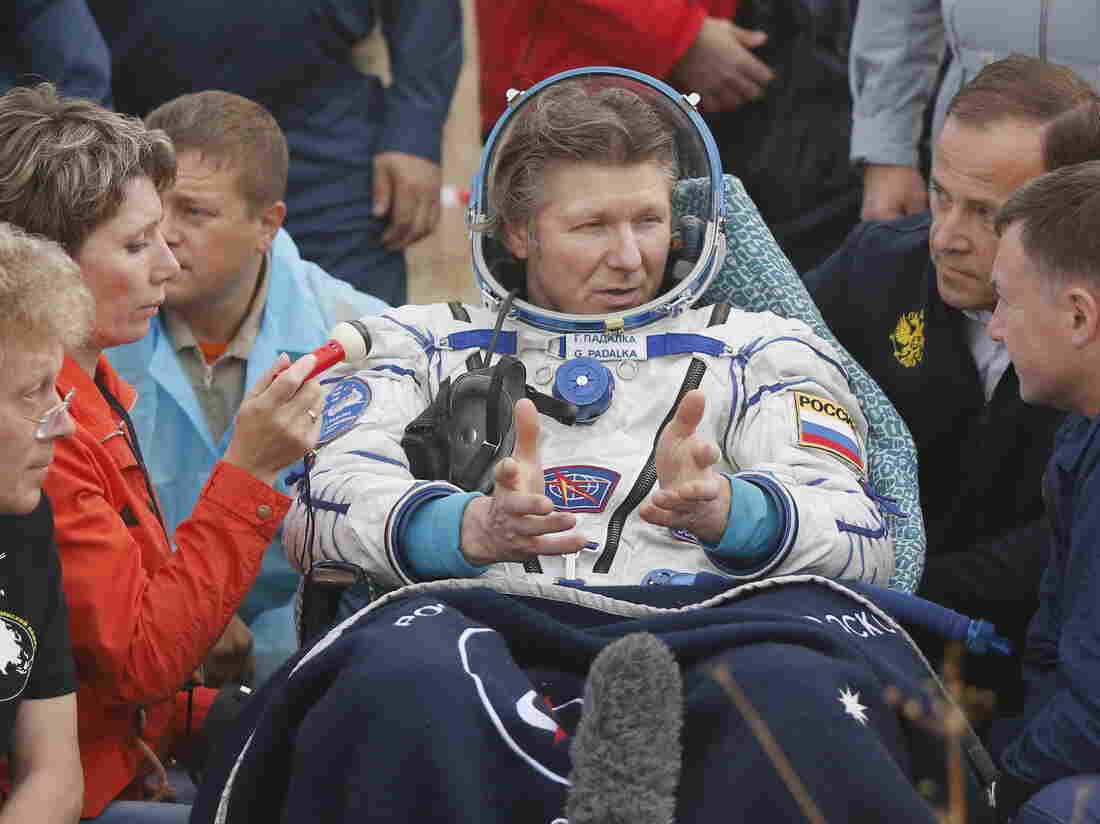 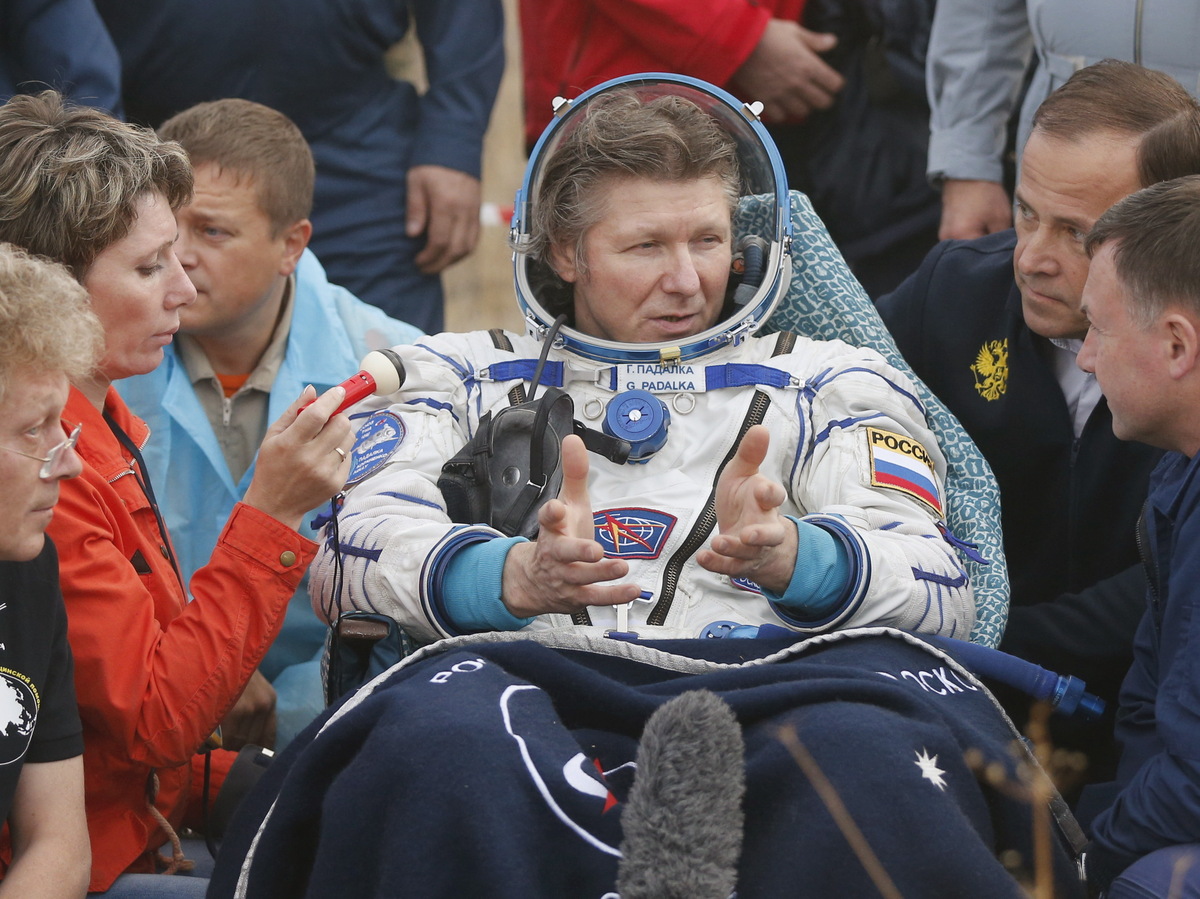 Russian cosmonaut Gennady Padalka gestures after landing near the town of Dzhezkazgan (Zhezkazgan), Kazakhstan, on Saturday.

Cosmonaut Gennady Padalka's safe return from months aboard the International Space Station has put him in the record books for spending more time in space than any other human — the equivalent of nearly two and a half years on five different flights.

Padalka, whose latest 168-day stay on the ISS gives him a total of 879 days in space, has smashed the previous record, which was set by fellow Russian Sergei Krikalev in 2005, by two months .

"I am fine," he told those gathered at the landing site near the town of Dzhezkazgan, Kazakhstan, as he sipped tea and ate an apple, according to Agence France-Presse.

Padalka returned to Earth aboard a Soyuz spacecraft with two others, the European Space Agency's Andreas Mogensen and Aidyn Aimbetov of Kazakhstan.

As Space.com reports: "Padalka came up in March with fellow cosmonaut Mikhail Kornienko and NASA's Scott Kelly, both of whom are now halfway through an unprecedented yearlong orbital mission. Researchers are studying how Kornienko and Kelly adapt physiologically and psychologically to long-duration spaceflight, in an attempt to pave the way for crewed journeys to Mars and other distant destinations."

Padalka, 57, flew his first mission aboard Soyuz in 1998. He has commanded the ISS four times.

According to The Guardian, the cosmonaut said before his latest flight blasted off in March that he would like to try for at least one more mission to reach 1,000 days in space.

The newspaper quotes cosmonaut Yuri Baturin, with whom Padalka traveled to the Mir space station on his first mission, as saying that extended stays in space stretch out the spine, atrophy the muscles and decrease bone density, making it hard to readjust back on Earth.

"It's not so much the hardships of working with other crew members, but rather that you're cut off from your family, from your home, and for a very long time," Baturin told the Guardian. "Gennady is a real professional. He loves his work, and when a person loves his work, time doesn't drag on. He deals with [psychological challenges] through his work."