Accessibility links
NBA Legend Moses Malone, The 'Chairman Of The Boards,' Dies At 60 : The Two-Way The Hall of Famer earned the moniker for his rebounding prowess. A 13-time all-star, Malone was also the first player to get drafted to the pros straight from high school. 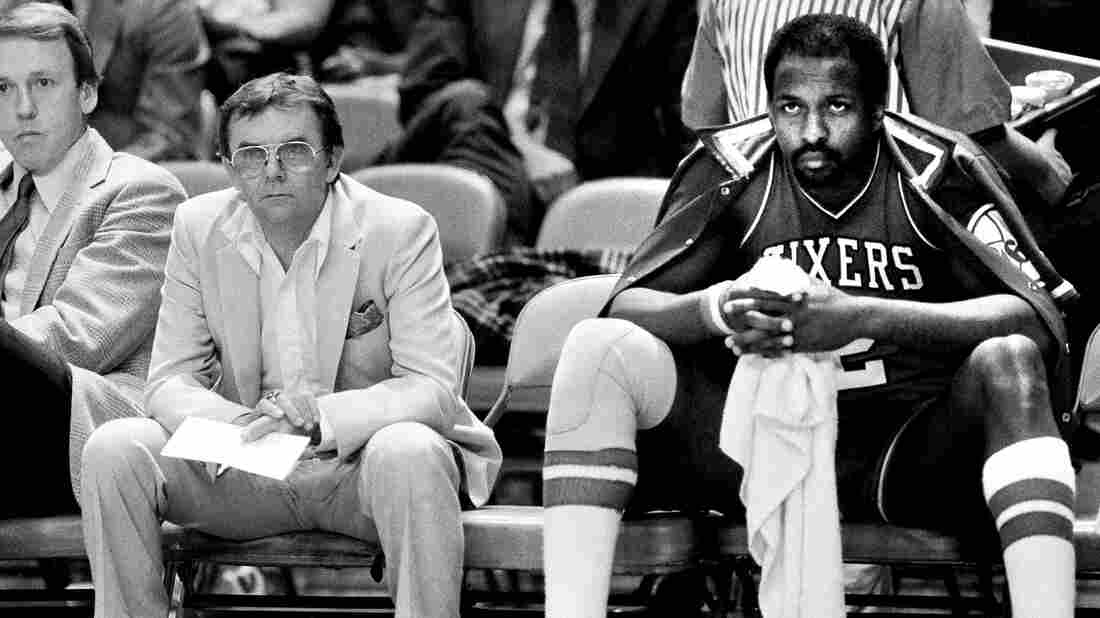 Moses Malone (right) rests on the bench during a game against the New York Knicks in 1984. Malone, a three-time NBA MVP, has died at the age of 60. Ray Stubblebine/AP hide caption 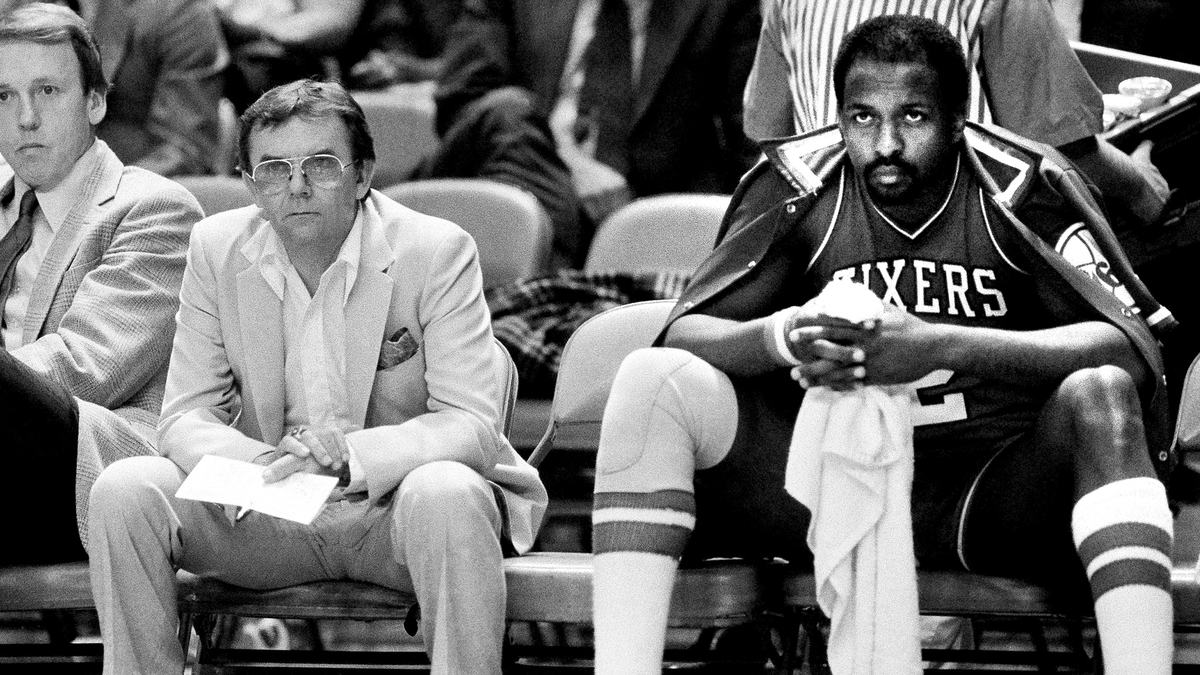 Moses Malone (right) rests on the bench during a game against the New York Knicks in 1984. Malone, a three-time NBA MVP, has died at the age of 60.

NBA legend Moses Malone, a three-time NBA Most Valuable Player and voted one of the NBA's greatest 50 players of all time has died. He was 60 years old.

The 6-foot-10 Malone earned the moniker "Chairman of the Boards" for his rebounding prowess. He was a 13-time all-star who was part of the Philadelphia 76ers that defeated the Los Angeles Lakers for the 1983 NBA championship.

The news of Malone's passing was first reported by ESPN and later confirmed in a statement by the Philadelphia 76ers, but the organization did not immediately provide a cause of death.

"It is with deep sense of sadness that the Sixers family mourns the sudden loss of Moses Malone. It is difficult to express what his contributions to this organization – both as a friend and player – have meant to us, the city of Philadelphia and his faithful fans. Moses holds a special place in our hearts and will forever be remembered as a genuine icon and pillar of the most stored era in the history of Philadelphia 76ers basketball. No one person has ever conveyed more with so few words – including three of the most iconic in the city's history. His generosity, towering personality and incomparable sense of humor will truly be missed. We will keep his family in our thoughts and prayers and as we are once again reminded of the preciousness of life."

According to the CBS Sports, those iconic words referred to a prognosis Malone made in of how many consecutive games his 76ers would win during the 1983 playoffs.

"The 'three of the most iconic in this city's history' part refers to 'fo, fo, fo' — Malone famously and succinctly predicted that Philadelphia would sweep each round of the playoffs in 1983. He was just off — the Sixers lost one game in the postseason."

Malone was the first player to be drafted to the pros straight from high school. He was drafted by the ABA's Utah Stars when he was 19 years old. He also is the NBA's all-time leader in offense rebounds with 6,731, according to NBA.com's Steve Aschburner. This puts Malone more than 2,000 offensive rebounds ahead of Celtics great Robert Parish who is second on that list.

NBA Commissioner Adam Silver called Malone "among the most dominant centers to ever play the game."

"We are stunned and deeply saddened by the passing of Hall of Famer Moses Malone, an NBA legend gone far too soon. Known to his legions of fans as the 'Chairman of the Boards,' Moses competed with intensity every time he stepped on the court. With three MVPs and an NBA championship, he was among the most dominant centers ever to play the game and one of the best players in the history of the NBA and the ABA. Even more than his prodigious talent, we will miss his friendship, his generosity, his exuberant personality, and the extraordinary work ethic he brought to the game throughout his 21-year pro career. Our thoughts are with Moses' family and friends during this difficult time."

Malone's death comes on the heels of the passing of another NBA great, Darryl Dawkins, known as "Chocolate Thunder" who passed away last month at 58 years old.

Malone was inducted into the Naismith Memorial Basketball Hall of Fame in 2001. He played for the NBA's Houston Rockets twice, the Washington Bullets, Atlanta Hawks. He finished his two decade long career with the San Antonio Spurs in the 1994-95 season.