Accessibility links
Novak Djokovic Beats Roger Federer, Wins U.S. Open Men's Final : The Two-Way After a long weather delay, and in front of a crowd cheering for his opponent, the World No. 1 took home the U.S. Open title. It's his 10th career major, and his third this year. 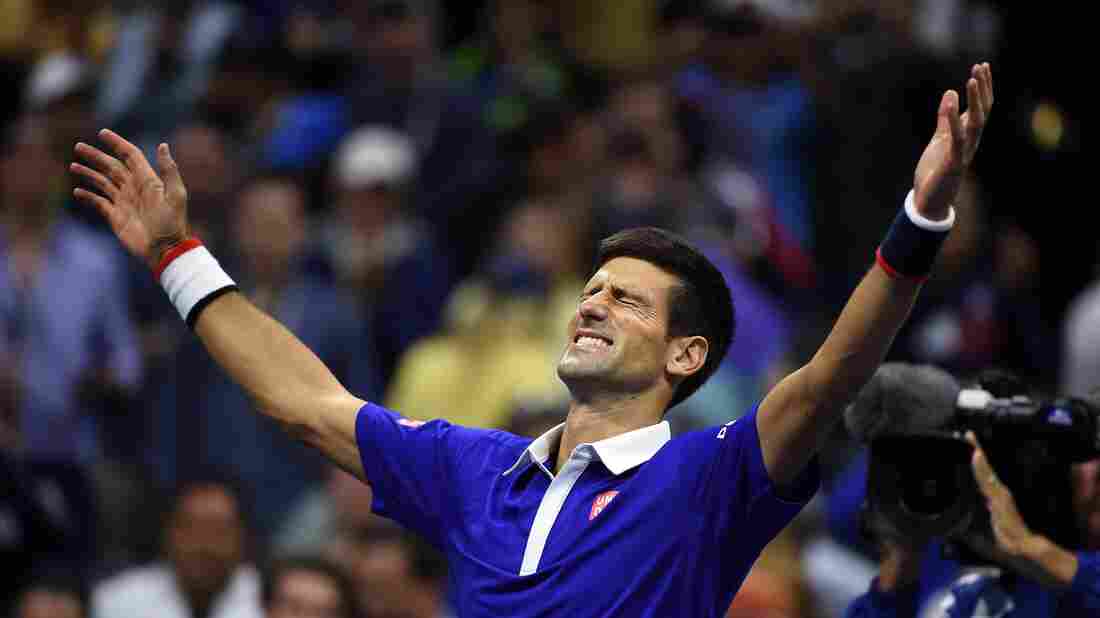 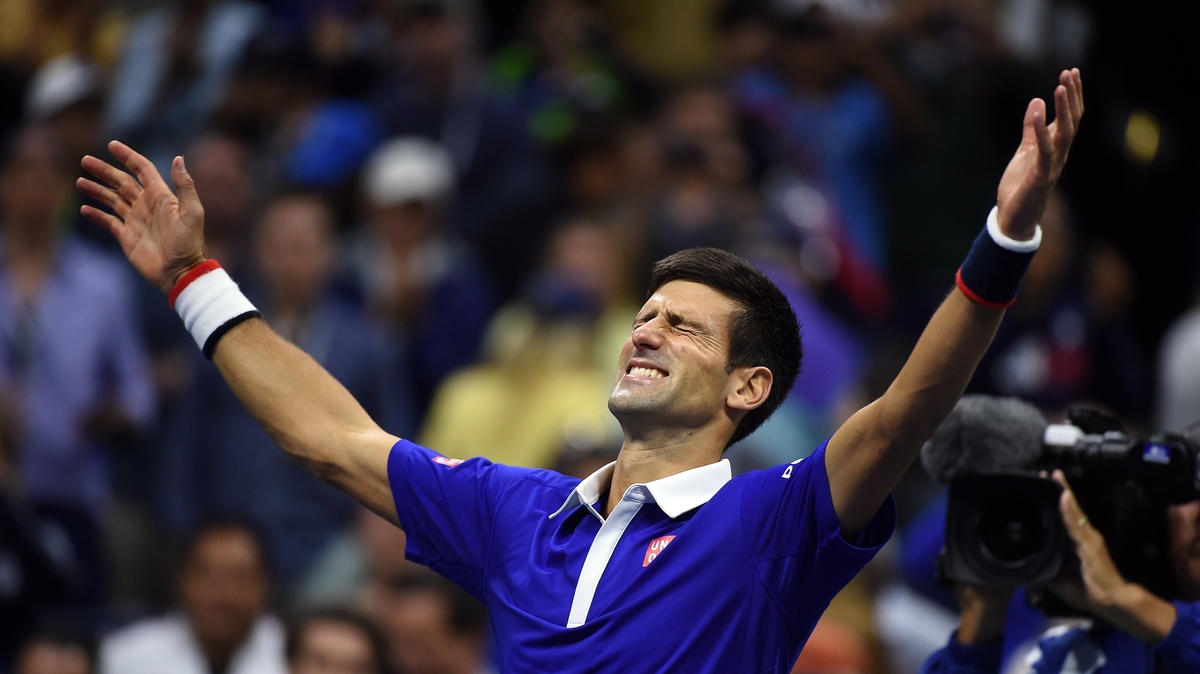 Novak Djokovic of Serbia celebrates after defeating Roger Federer of Switzerland during of their 2015 US Open Men's singles final match on Sunday.

Federer was off to a rocky start from the start of the match. Djokovic, for his part, took a hard fall on his right arm in the first set, which left him bleeding, but still took the first set.

The crowd, numbering more than 20,000, was vocally — even raucously — pro-Federer. The Swiss superstar has won the U.S. Open five times, and has 17 majors under his belt, but his last Grand Slam championship was in 2012.

His Serbian opponent, for his part, had been runner-up in four previous U.S. Opens, and won that title only once before. With his win today, Djokovic has won a career total of 10 majors.

The men's final match was delayed by rain for more than three hours, a pause so long that it left some worrying that the final would be pushed to Monday — as happened every year from 2008-2012.

But if all goes according to plan, this will be the last U.S. Open that leaves fans eyeing rain clouds with concern: There's a new retractable roof rising over Arthur Ashe stadium. While the partially-finished structure couldn't keep the court dry on Sunday, it should be operational by the 2016 U.S. Open, the U.S. Tennis Association says.