Accessibility links
Do You Use Money? If So, You'll Want To Read This By Thursday : The Two-Way This week, the Federal Reserve will be making decisions that could affect your ability to borrow. Because it works behind closed doors, it can seem mysterious. Here's what the Fed is and does. 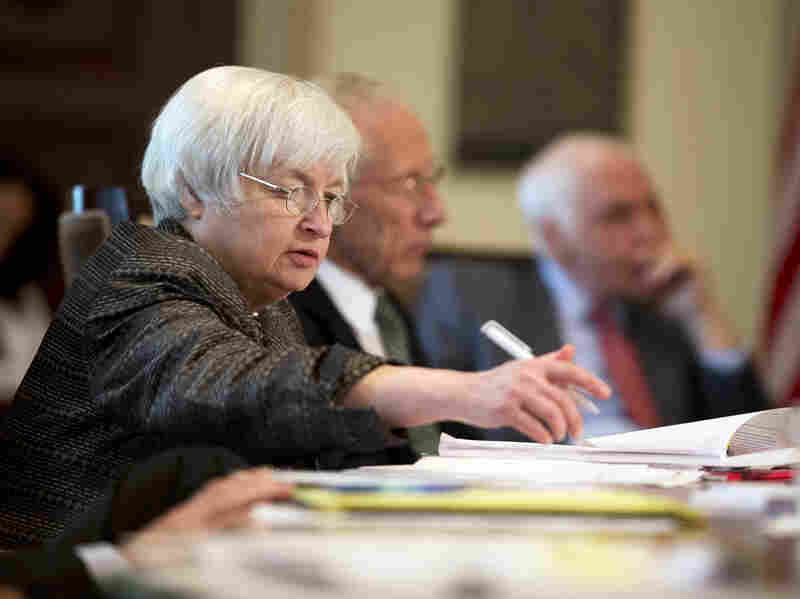 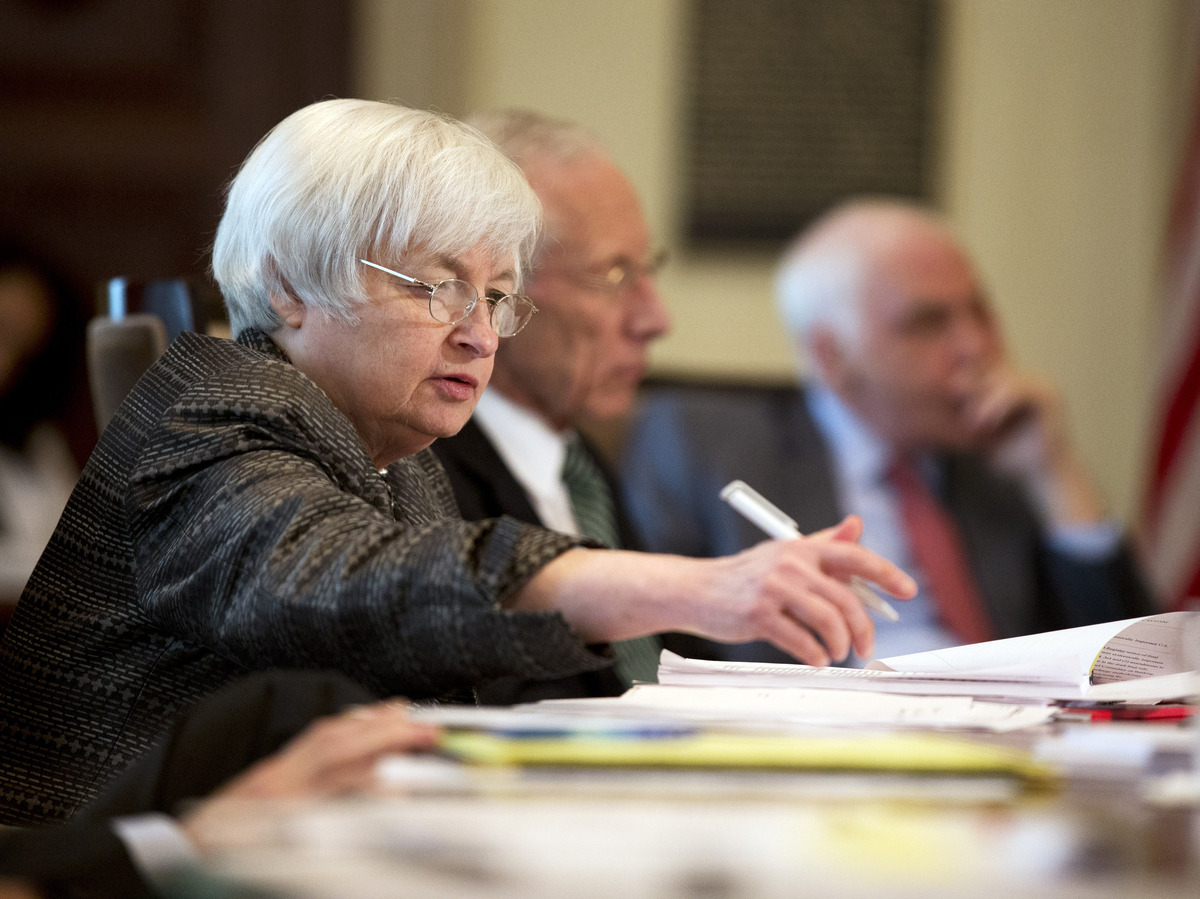 Federal Reserve Chair Janet Yellen and other policymakers will meet in Washington, D.C., this week to weigh a possible increase in interest rates.

This week, you'll hear lots and lots about the Federal Reserve, or "the Fed" as its friends call it.

The Fed is considering raising interest rates — and will announce that decision on Thursday. If the central bank were to act, it could have an impact on your financial life, forcing you to eventually pay more for car loans, credit cards, home equity loans and more. Or if you're a retiree with savings, a rate hike could boost your income.

That means it's worth paying attention, but it's also confusing. Fed policymakers meet behind closed doors. They are not elected. And the whole operation seems mysterious. Here are some basics to help explain what the Fed is and why it will get a lot of attention this week.

WHAT: Congress created the Fed in 1913 to prevent financial panics and maintain a sound economy.

Today, the Fed regulates many financial institutions and plays a big role in routine tasks, such as clearing checks, distributing paper money and coins to banks and processing electronic payments. It also conducts economic research.

And the Fed also has one superpower: It has the ability to influence interest rates — what you earn on your savings, as well as what you pay to get a car loan or a home mortgage.

To help explain what the Fed does, Fed expert David Wessel, a frequent contributor to NPR and director of the Hutchins Center on Fiscal and Monetary Policy at the Brookings Institution, said in an email:

"The Fed has a power that no other entity has: It can create dollars. It can print money — or, more precisely, these days it creates it electronically. When it creates more money — increases the supply — it lowers the price of money, that is, interest rates.

"When it soaks up money (by selling bonds from its huge portfolio), it raises interest rates. The plumbing is a little complicated: It does all this through buying and selling government bonds through the banking system or the bond market. But the impact is felt by everyone who saves or borrows in our economy.

"Back in December 2008, when the economy was facing a frighteningly severe recession, the Fed cut the interest rates it controls most directly — the ones that banks charge each other for overnight loans — to zero. In effect, the Fed sells cash wholesale to your bank, which then turns around and lends it at a higher rate to you to buy a car or to businesses that want to expand. Now that unemployment has come down, it is considering whether to boost short-term rates a bit."

WHO: The Fed is a system made up of 12 regional banks, overseen by a Board of Governors. That board is comprised of seven members, nominated by the president and confirmed by the Senate. (Two seats are vacant right now.) Janet Yellen is the board chair, so you hear her name a lot.

On Thursday, she will hold a news conference following a two-day meeting of the Federal Open Market Committee. That FOMC consists of the seven board members, plus the president of the Federal Reserve Bank of New York, and four of the remaining 11 Reserve Bank presidents, who each serve one-year terms on a rotating basis.

You're The Judge: Can The Job Market Stand Interest Rate Hikes?

The committee has eight regularly scheduled meetings each year. After they chew over economic data at this September meeting, the FOMC members will decide whether to raise interest rates.

WHERE: The Fed is based in Washington, D.C. The 12 regional banks are named after the cities in which they are located. Those are Atlanta, Boston, Cleveland, Chicago, Dallas, Kansas City, Minneapolis, New York, Philadelphia, Richmond, San Francisco and St. Louis.

WHY: According to its website, the Fed exists to promote "maximum employment, stable prices and moderate long-term interest rates."

HOW: Even though it was created by Congress, the Fed is an independent central bank that makes money — and sends profits to the U.S. Treasury. The Fed has trillions of dollars in assets, such as Treasury securities, and it makes profits by providing financial services, including discount loans to banks.

Congress has told the Fed that it should always aim for price stability and the highest possible employment level, but it does not give direct orders to the Fed to take specific actions.

The Fed will make its own decision whether to change the money supply by taking steps that adjust the federal funds rate. That's the interest rate at which a bank lends funds overnight to another bank. People refer to it as the fed funds rate, and any changes in it can ripple out to affect other lending rates.

IMPACT ON YOU: While the Fed does not directly set rates for home mortgages or Treasury bonds, it creates benchmark rates that echo out.

Since the recession began in 2007, the Fed has been holding down rates to help the economy get moving. So if you look at, say, 10-year Treasury notes, you'll see those rates have been running at historic lows, thanks to the low-rate environment created by the Fed.

If you're a saver who wants to earn interest, you haven't gotten a lot of return on your bank deposits and Treasuries. But if you are a homeowner, your mortgage may well be lower thanks to the Fed's actions.

This week, the FOMC members will gather in Washington and do their darnedest to make good decisions.