Accessibility links
Austria Is Trying To Stop Migrants From Surging Over Its Border With Hungary : The Two-Way Austria has announced new, strict laws aimed at slowing down unauthorized migration. The move follows similar controls by Hungary. 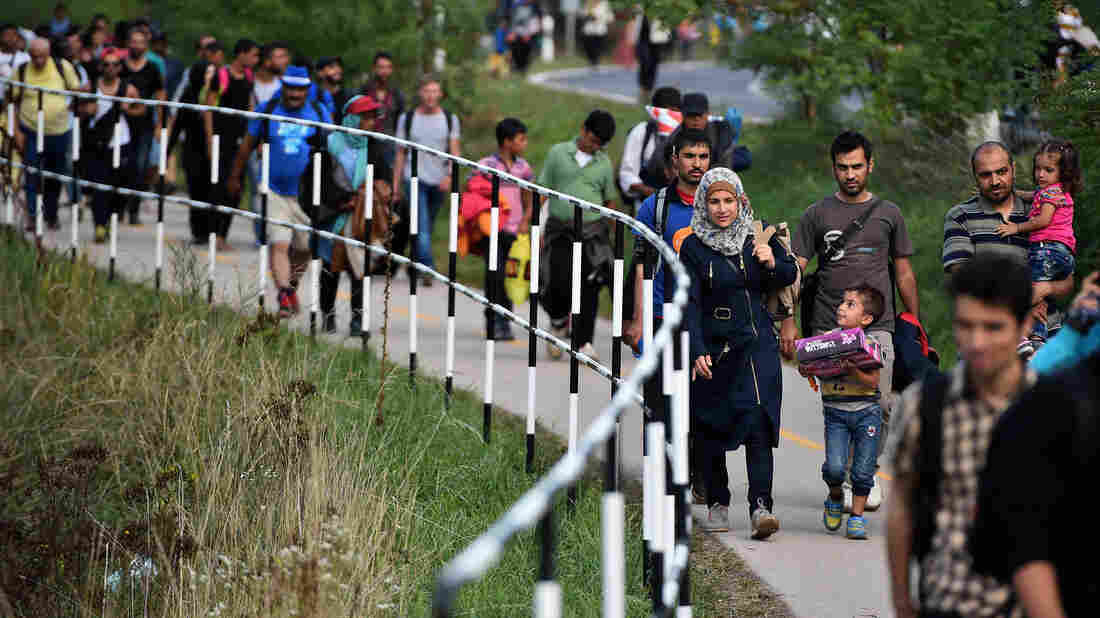 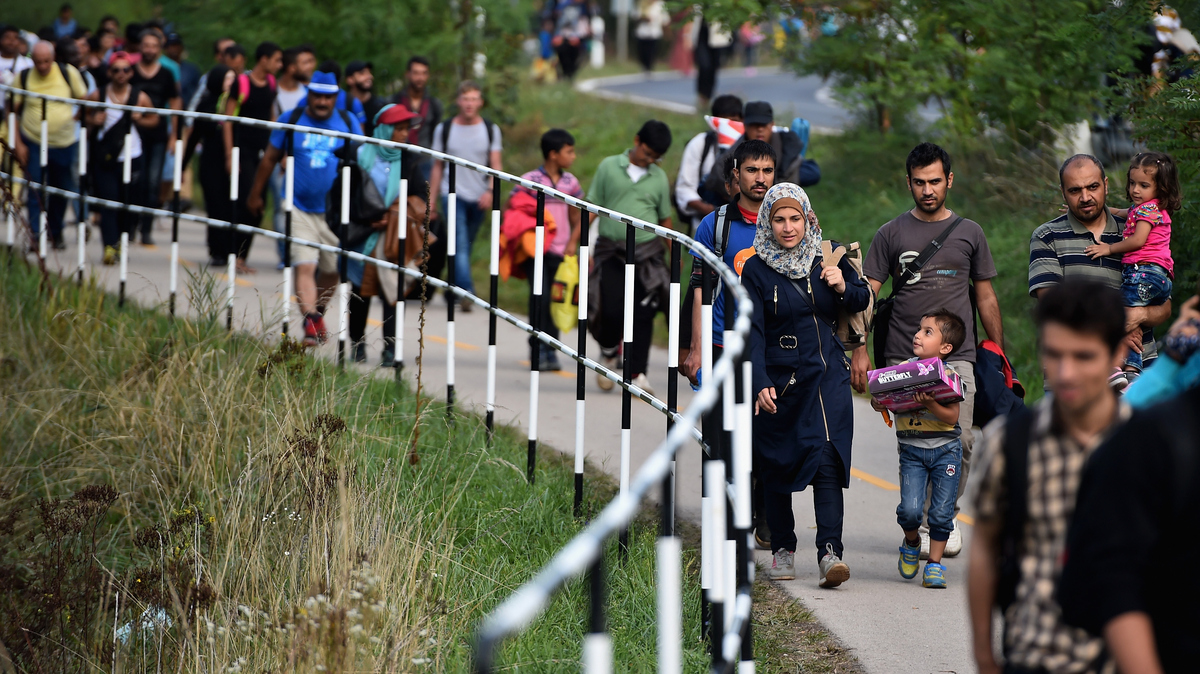 Hundreds of migrants walk to a holding center in Hegyeshalom, Hungary, near the Austrian border.

As the Two-Way previously reported, on Monday night Hungary implemented emergency border-control measures, including a barbed wire fence, in an attempt to seal the border with Serbia and stem the flood of people crossing unauthorized into the country.

Now, Austria's Interior Ministry has announced similar border-control measures on its frontier with Hungary, and says the emergency action could be extended to Austria's borders with Slovenia, Italy and Slovakia, if needed.

"The ministry statement says travelers must carry a passport or EU-recognized identity document if going to those countries now — as well as Switzerland, Germany or the Czech Republic, whose borders to Austria are normally open under the Schengen agreement for passport-free travel. It did not say whether Middle East citizens with travel documents would be allowed to continue."

European Union officials plan to meet next week in the hopes of finding a solution for the migrant crisis.