Accessibility links
Another Government Shutdown Looms At The End Of The Month : The Two-Way Congress has until Sept. 30 to pass a measure to keep the government funded. If no agreement is reached, federal agencies could be shuttered again — the second time in three years.

Another Government Shutdown Looms At The End Of The Month

Another Government Shutdown Looms At The End Of The Month 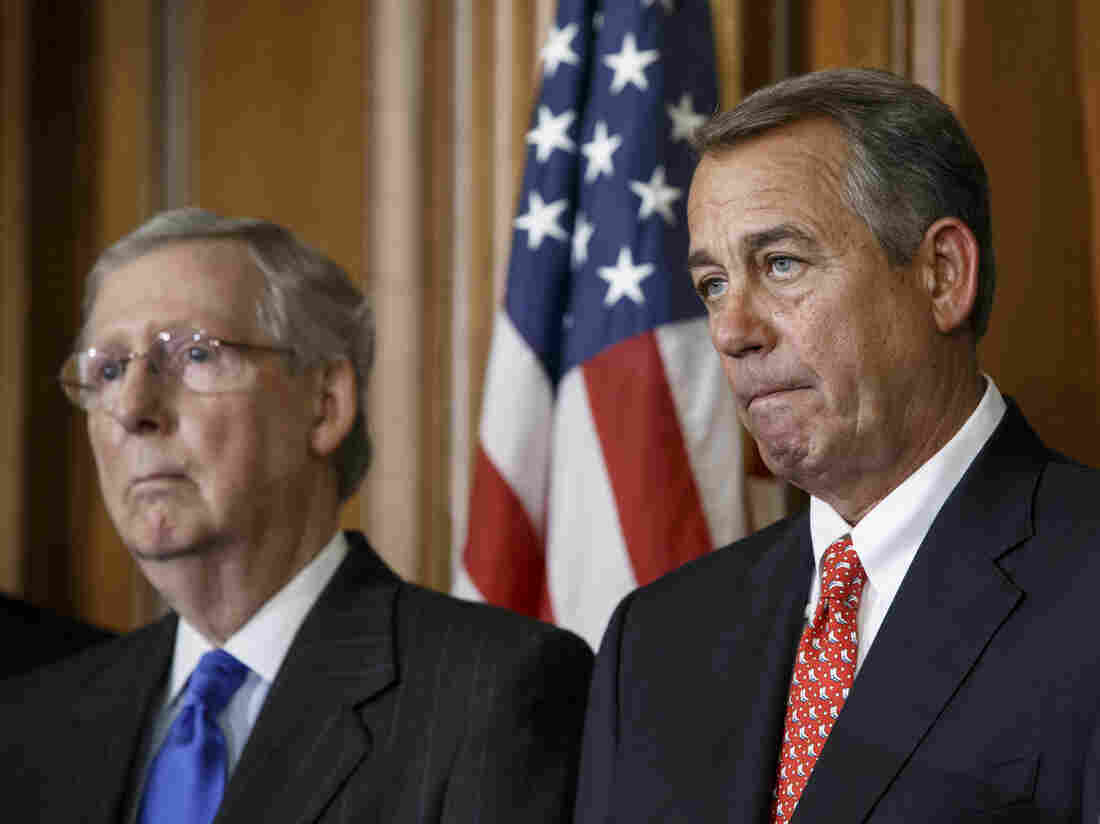 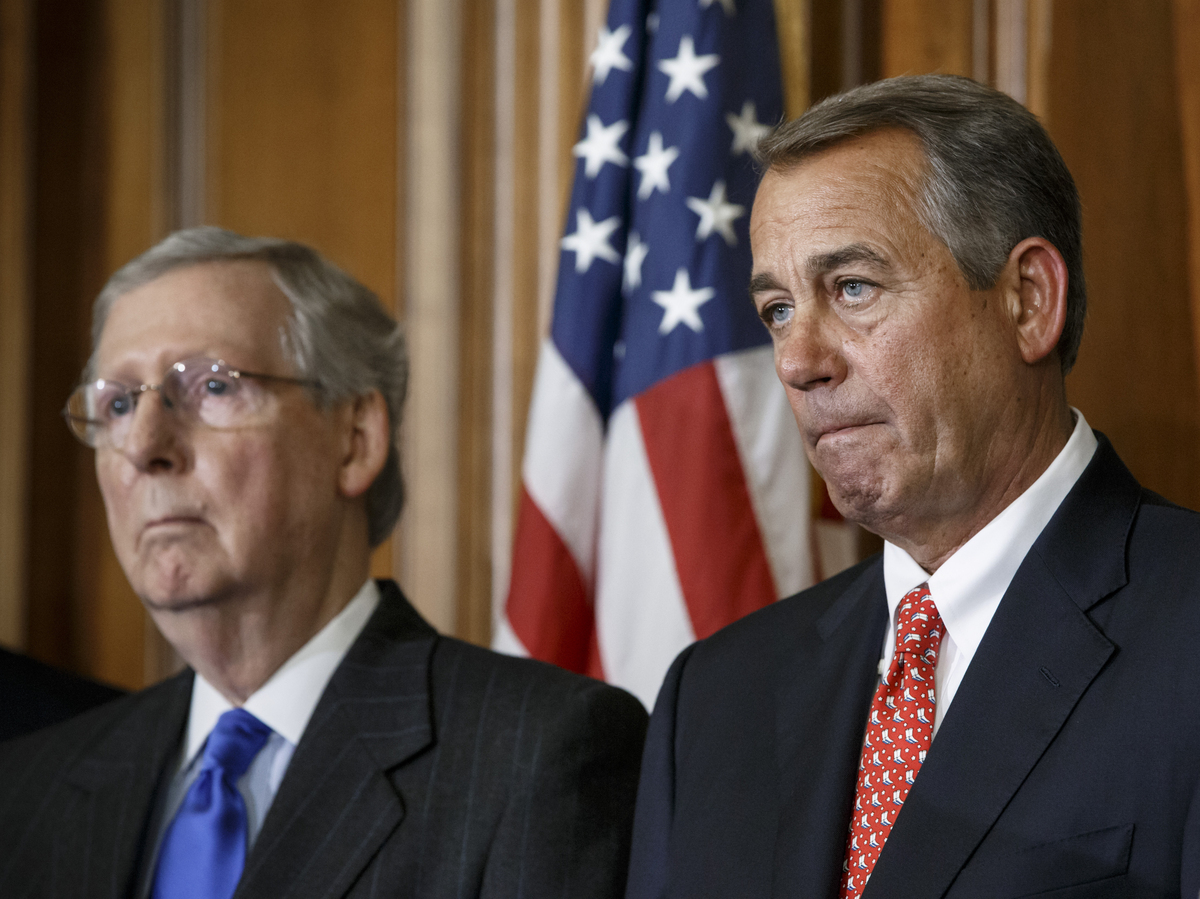 House Speaker John Boehner of Ohio (right) and Senate Majority Leader Mitch McConnell of Kentucky have two weeks to negotiate a plan with congressional Democrats to avert a government shutdown.

Much of America's political focus has understandably been on the 2016 presidential race. There is, however, a more immediate problem on the horizon.

Congress has two weeks to pass a measure to keep the government funded beyond Sept. 30. If no agreement is reached, federal agencies could be shuttered again — the second time in three years.

The Washington Post reports there are six issues congressional Republicans and Democrats could fail to agree on. The top item of contention seems to be Republicans' push to deny federal money to Planned Parenthood.

"Suddenly, abortion is back in the political debate in a big way. A group of Republicans want to pass a budget without funding for Planned Parenthood, but that's a major non-starter for Democrats, who have promised to hold up budget proceedings in the Senate until Planned Parenthood gets funded. President Obama has also said he'll veto any budget that doesn't have money for Planned Parenthood."

Other issues include military and road spending, the Iran nuclear deal and the Export-Import Bank.

To be clear, no leaders in either party are itching for a shutdown.

The last one came when Democrats still controlled the Senate. But Americans mostly placed blame on congressional Republicans for the 2013 shutdown, which centered on GOP-led efforts to defund President Obama's health care law.

Now that Republicans control both chambers, the Financial Times reports rank-and-file conservatives are complicating party leaders' efforts to avert a shutdown by drawing a red line on the Planned Parenthood funding issue.

"Republican leaders, who have a fraught relationship with rightwing lawmakers, are concerned about being blamed for a shutdown, particularly after the party vowed to use its biggest majority in the House of Representatives since the 1920s to govern responsibly. ...

"Moderate Republicans could pass a bill to extend public funding with Democratic support, but analysts say the US could slip into a shutdown if party leaders fail in an eleventh-hour effort to agree on concessions to seal the deal."

Congress — not known for being a particularly swift-moving body — has quite a bit of work to get done before the Sept. 30 deadline. Renowned budget expert Stan Collender tells Politico:

"Technically, it's a big mess. Congress and the President are supposed to agree on 12 appropriations bills for every year. The new fiscal year starts [on] October 1, and none have been agreed to. In fact none are even close to being agreed to. What Congress has got to do [before the deadline] is come up with an agreement on total federal spending — that's defense and domestic — that they haven't been able to do for the last nine months."

Just in case that does not happen, some agencies have already started preparations for what they'll do if the government does shut down. One is the Department of the Interior, which, as the Huffington Post reports, provides some of the higher-profile services.

"During the 16-day shutdown two years ago, the Interior Department was one of the closed wings of the federal government that drew the most public attention, because it oversees the National Park Service. The closure of the parks drew a lot of public outrage, ruining family vacations and weddings at sites across the country. It was also costly for the government; the Interior Department estimated that the closure caused $414 million in lost revenue in and around the parks."