Accessibility links
Texas High School Student Shows Off Homemade Clock, Gets Handcuffed : The Two-Way An aspiring engineer, 14-year-old Ahmed Mohamed repeatedly said that his clock was not, in fact, a bomb. But a teacher and the principal of MacArthur High School called the police. 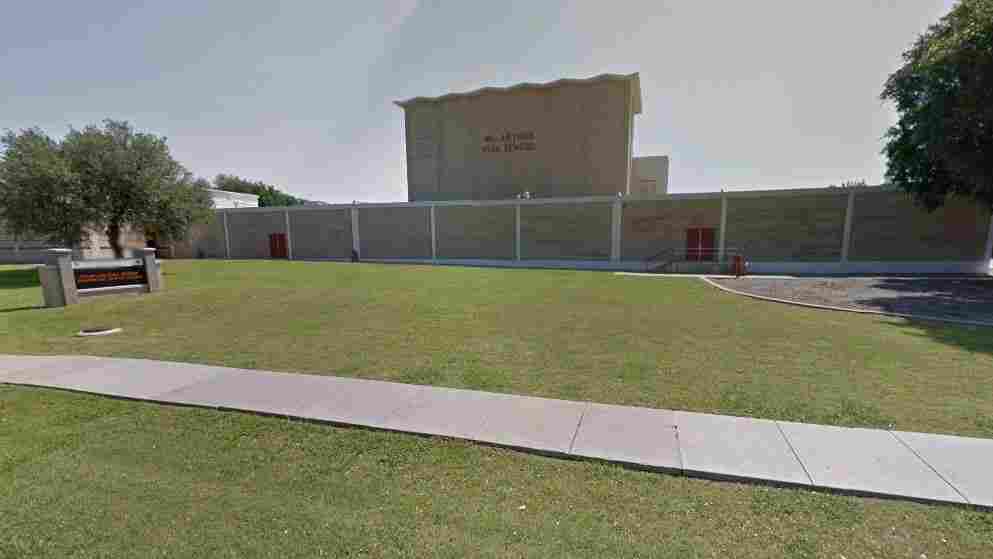 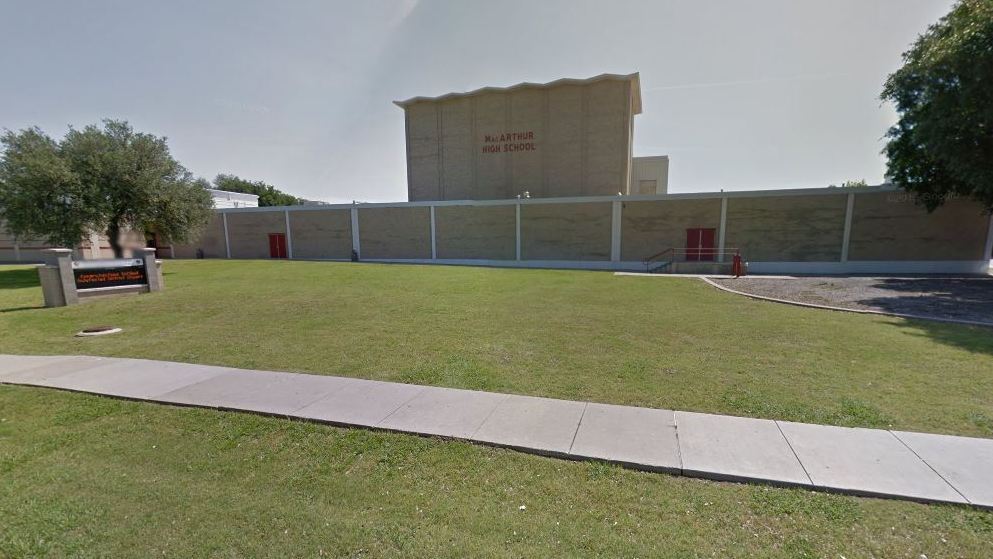 A 14-year-old boy says he was just trying to show off his engineering skill when he brought a digital clock he had made to his new high school in Irving, Texas. But Ahmed Mohamed was detained and reportedly suspended from school, after a teacher thought that his clock looked like a bomb.

The aspiring engineer repeatedly said that it was not, in fact, a bomb. But the teacher and the principal of MacArthur High School were alarmed, and they called police, who questioned Mohamed, handcuffed him and led him out of school. He was then fingerprinted before being released to his family, who say he received a three-day suspension from school.

"Cool clock, Ahmed," President Obama wrote in a tweet around midday Wednesday. "Want to bring it to the White House? We should inspire more kids like you to like science. It's what makes America great."

A photograph from Monday shows Mohamed wearing both a NASA T-shirt and handcuffs as officers escort him through a hallway in Irving, which is about 10 miles west of Dallas.

The police tell local news outlets that while they acknowledge that Mohamed didn't try to perpetrate a bomb hoax, they were also unsatisfied with his explanation.

"He would simply only tell us that it was a clock," police spokesman James McLellan says. "He didn't offer an explanation as to what it was for, why he created this device, why he brought it to school." 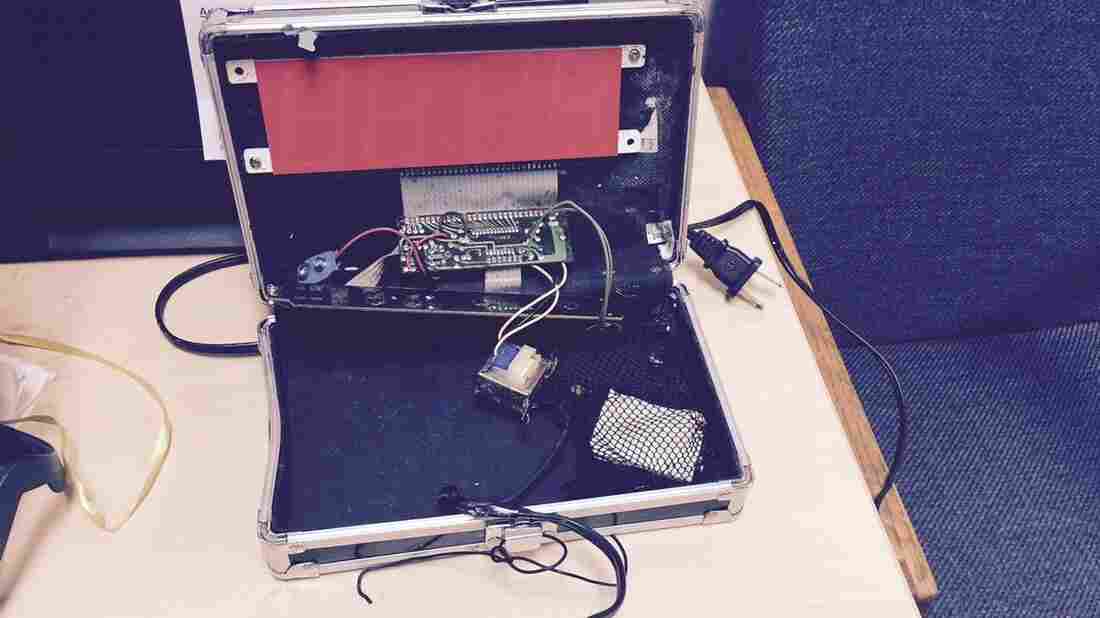 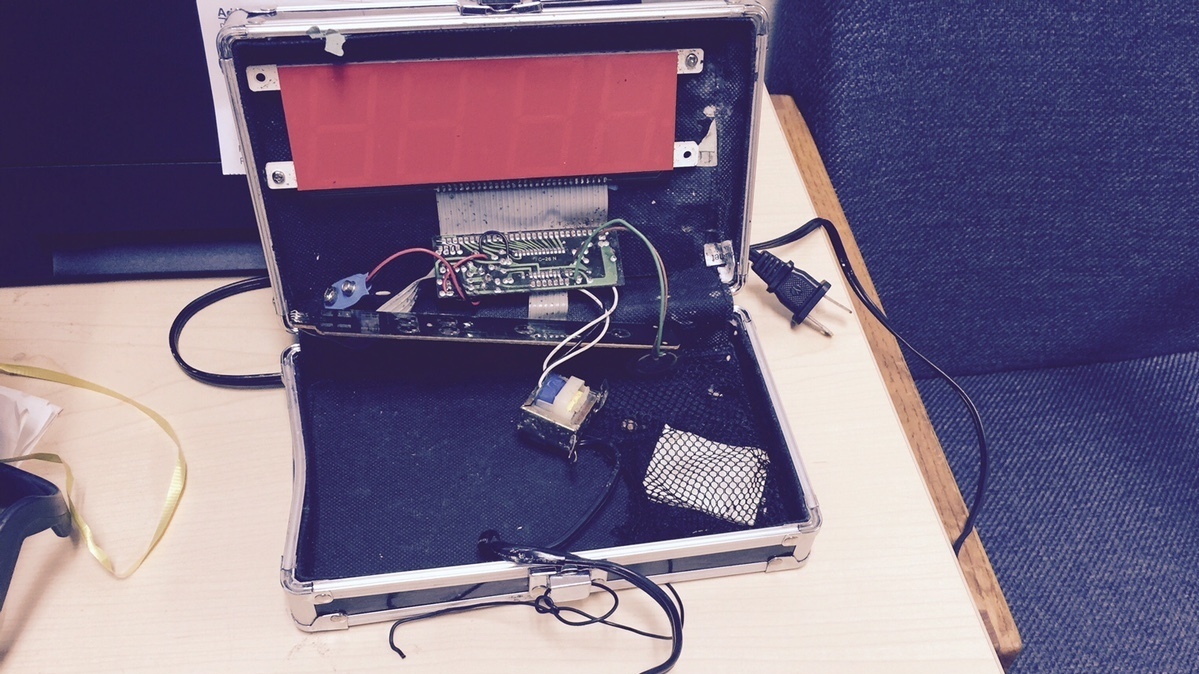 A photo released by the Irving Police Department shows the digital clock built by Ahmed Mohamed, using a pencil case.

Responding to questions about the incident, the Irving school district released a statement in which it said that students and staff at its schools are encouraged to report any suspicious behavior.

No criminal charges were filed — but Mohamed's family says the school and police overreacted. And the case has raised questions over whether Mohamed was treated with particular suspicion because of ethnic and religious bias.

"I think this wouldn't even be a question if his name wasn't Ahmed Mohamed," Alia Salem of the Dallas-Fort Worth chapter of the Council on American-Islamic Relations tells local news WFAA. "He is an excited kid who is very bright and wants to share it with his teachers."

Representatives from CAIR will reportedly be attending a meeting later today between Mohamed's parents and school officials.

In interviews with local media outlets, Mohamed says he wanted to show the engineering teacher there what he'd done over the weekend: take apart a clock and rebuild it inside a pencil case. Resembling a small briefcase, the case has a hologram of a tiger on it.

"It was the first time I brought an invention to school to show a teacher," Mohamed tells WFAA in an interview taped in his bedroom, where circuits and wires sit on shelves alongside basketballs and footballs.

Here's how things unfolded, according to The Dallas Morning News:

"He showed it to his engineering teacher first thing Monday morning and didn't get quite the reaction he'd hoped for.

" 'He was like, "That's really nice," Ahmed said. "I would advise you not to show any other teachers." '

"He kept the clock inside his school bag in English class, but the teacher complained when the alarm beeped in the middle of a lesson. Ahmed brought his invention up to show her afterward.

"The teacher kept the clock. When the principal and a police officer pulled Ahmed out of sixth period, he suspected he wouldn't get it back."