Accessibility links
Fed Leaves Rates Unchanged Amid 'Heightened Uncertainties' Abroad : The Two-Way The Federal Reserve decided to leave interest rates unchanged at historically low levels, even though the U.S. economy has been gaining strength. The Fed has kept a key rate near zero since late 2008. 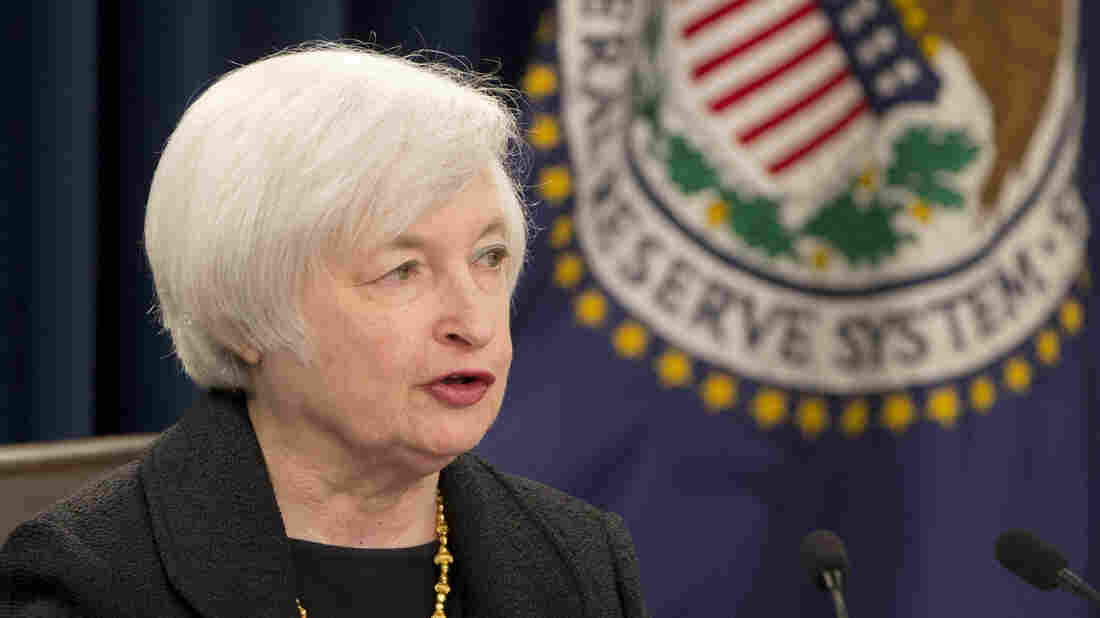 Federal Reserve Chair Janet Yellen, speaking at a news conference in Washington on Thursday, said the U.S. economy has been performing well but the global outlook is more uncertain. Jacquelyn Martin/AP hide caption 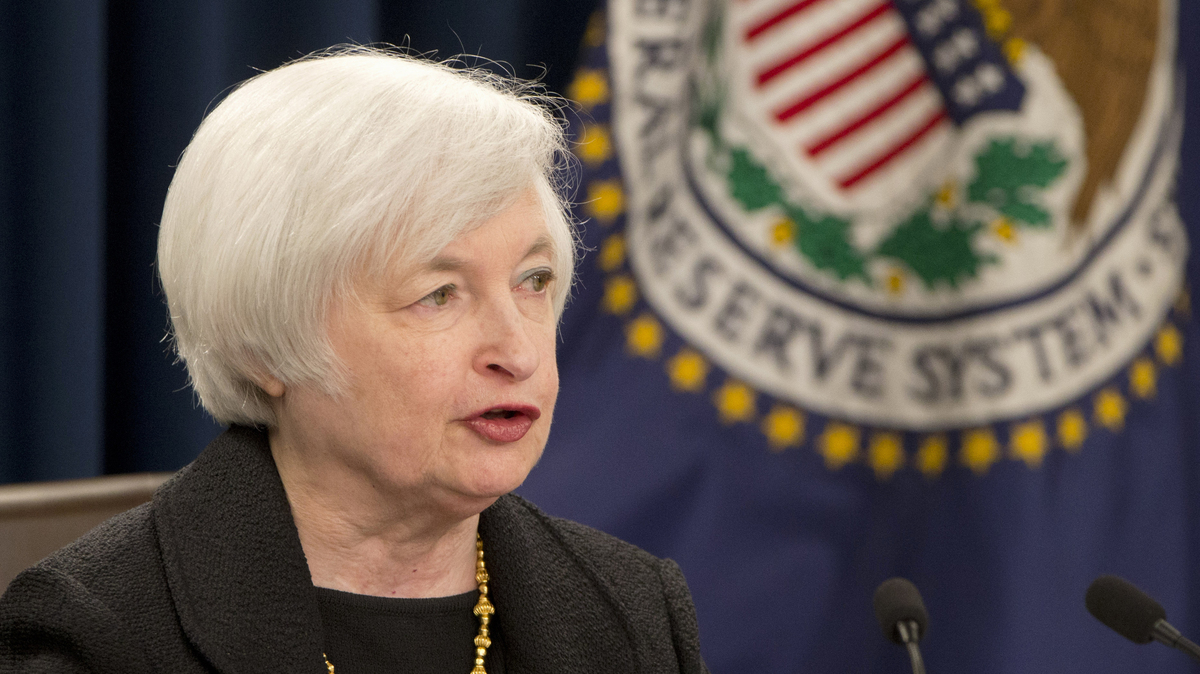 Federal Reserve Chair Janet Yellen, speaking at a news conference in Washington on Thursday, said the U.S. economy has been performing well but the global outlook is more uncertain.

The Federal Reserve decided Thursday to leave interest rates unchanged at historically low levels, even though the U.S. economy has been gaining strength.

Borrowers and lenders all over the world had been closely watching for the announcement that came at the end of a two-day Fed meeting. Many had been thinking the U.S. central bank would pick this date to change course and start nudging up interest rates.

The Fed Holds Rates Steady; Here's Who Is Clapping

In a statement after their meeting, Fed policymakers said U.S. "economic activity is expanding at a moderate pace." But, they added, "Recent global economic and financial developments may restrain economic activity somewhat and are likely to put further downward pressure on inflation in the near term."

The Fed has not increased rates since June 2006. In fact, when the Great Recession took hold in 2007, the Fed began slashing rates to stimulate business and consumer borrowing. The key federal funds rate has been near zero since late 2008.

Fed Chair Janet Yellen explained the central bank's decision in a news conference after the meeting. "The economy has been performing well and we expect it to continue to do so," she said. But Yellen cited "heightened uncertainties abroad," including the slowdown in China, as a key factor keeping the Fed from raising rates now.

Major U.S. stock indexes closed mixed. After being up more than 1 percent earlier in the afternoon, the Dow Jones industrial average closed down 0.4 percent and the S&P 500 declined 0.3 percent, but the Nasdaq inched up 0.1 percent.

Having short-term interest rates held near zero for so long has allowed all sorts of interest rates to remain low — from credit cards to car loans to home mortgages.

Many analysts believe the U.S. economy is now operating at normal levels, and that interest rates should be too. They want the Fed to begin a long process of slowly ratcheting rates back up to historic norms.

But the Fed policymakers decided that even though the U.S. economy is strengthening, there's still a world of trouble out there as China's economic growth slows. With customers in China now spending less, global demand has been dropping for all sorts of commodities, from iron ore to wheat.

At the same time, huge new supplies of oil have been depressing energy prices for more than a year.

All of that has kept inflation extremely low. In fact, on Wednesday, a new reading of the consumer price index showed that core consumer inflation is running at 1.8 percent this year, well below the historic annual norm of 3.2 percent. The Fed has long said it thinks a healthy rate of inflation would be 2 percent.

The Federal Open Market Committee said in its statement that it "anticipates" it will be time to raise rates "when it has seen some further improvement in the labor market and is reasonably confident that inflation will move back to its 2 percent objective over the medium term."