Accessibility links
Japan's Parliament Approves Landmark Laws To Expand Military's Role : The Two-Way After days of intense debate, the controversial security bills were approved allowing the Self-Defense Forces to be deployed overseas for the first time since World War II. 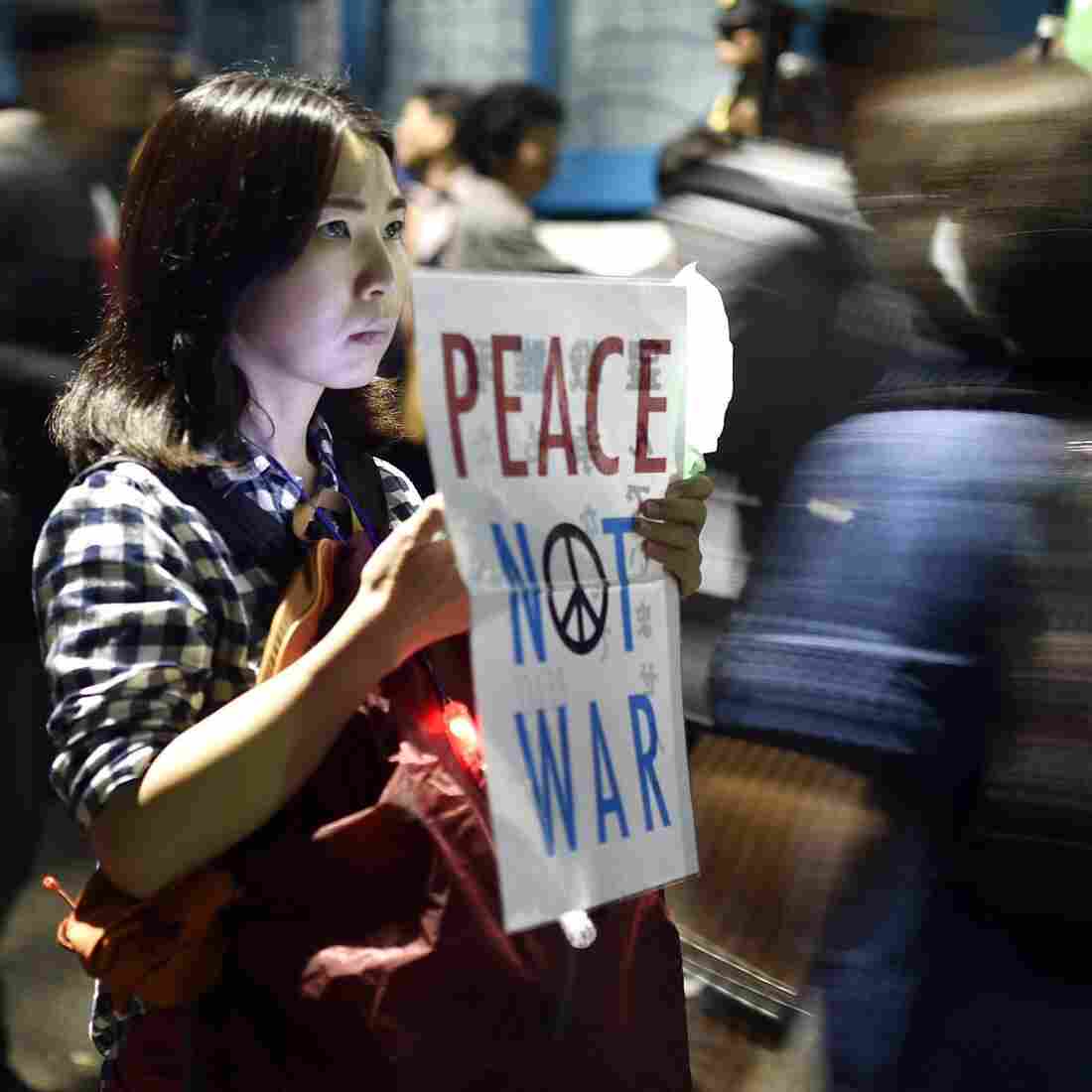 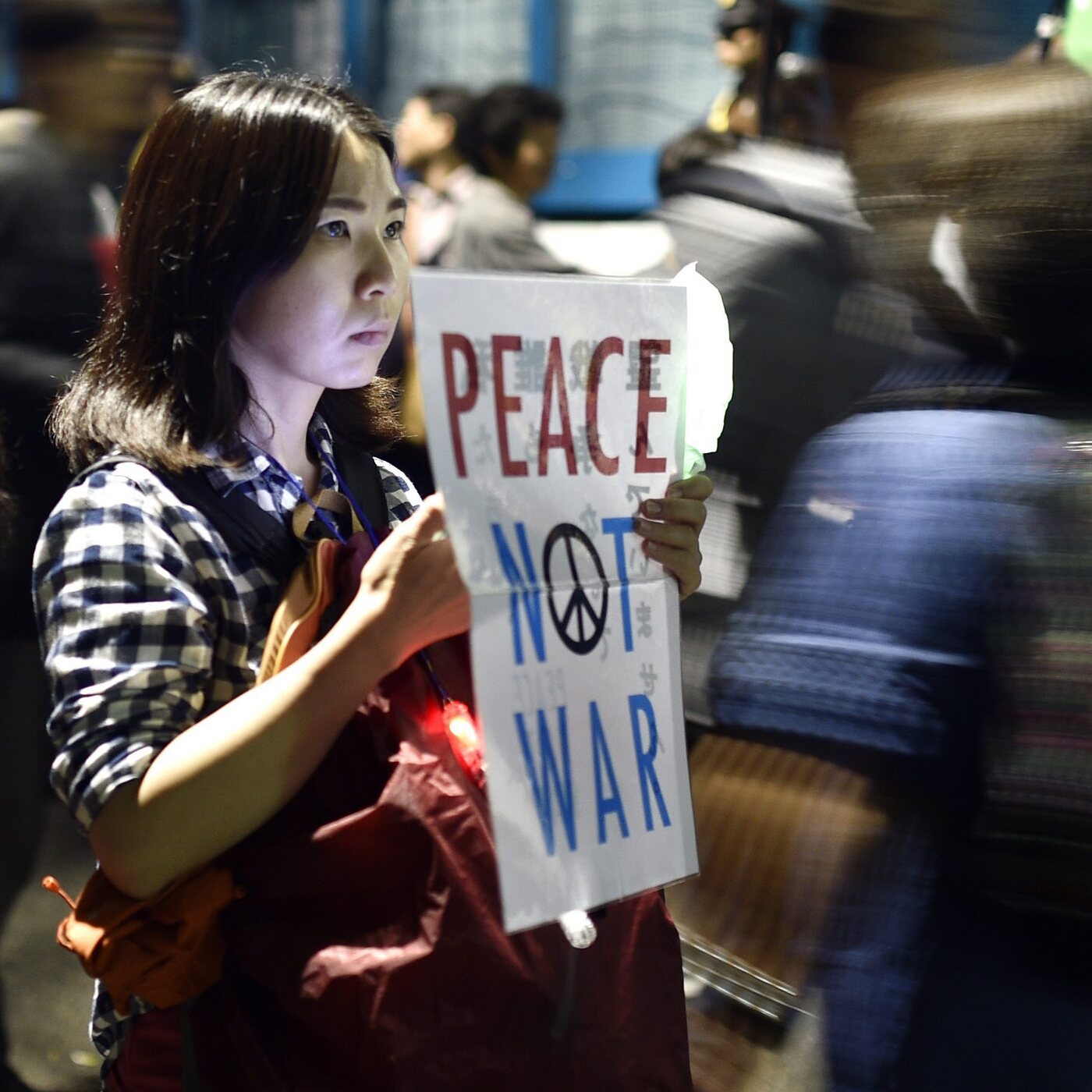 A young woman holds a placard protesting against controversial military reform bills outside Japan's parliament in Tokyo, Japan, on Friday. Lawmakers passed two measures to expand the role of Japan's military for the first time since World War II.

Japan's upper house of parliament has approved unprecedented measures that clear the way for the country to deploy troops abroad for the first time since World War II, a move pushed hard by Prime Minister Shinzo Abe.

Anger erupted inside and outside the chamber, with protesters opposing the changes rallying on the streets and on Thursday, heated arguments erupted into a brawl in parliament, with normally sedate lawmakers getting caught up in a shoving match.

Abe has said the changes are needed to meet regional challenges, such as China and to strengthen Tokyo's close alliance with the United States. As The Telegraph notes, "They are the latest in a series of moves by [Abe] to renegotiate Japan's place on the world stage."

The Times reports: "Given the ruling coalition's strength in both chambers of the Diet, the opposition camp was essentially powerless to stop him. It was thus reduced to obstructing the voting procedures and tapping public frustration with the legislation in hopes of rallying widespread resistance."

One of the bills "amends 10 existing security-related laws to lift various SDF restrictions, including Article 9's long-standing ban on collective self-defense," Japan Times writes. Article 9, authored during the post-war occupation of Japan by U.S. forces, states that "the Japanese people forever renounce war as a sovereign right of the nation and the threat or use of force as means of settling international disputes."

But the legislation does not amend the constitution per se and opponents of the changes say they are, in fact, unconstitutional.

A poll conducted by the Asahi Shimbun from Sept. 12 to 13 found that 54 percent of the 1,994 respondents oppose the bills and 29 percent support them.