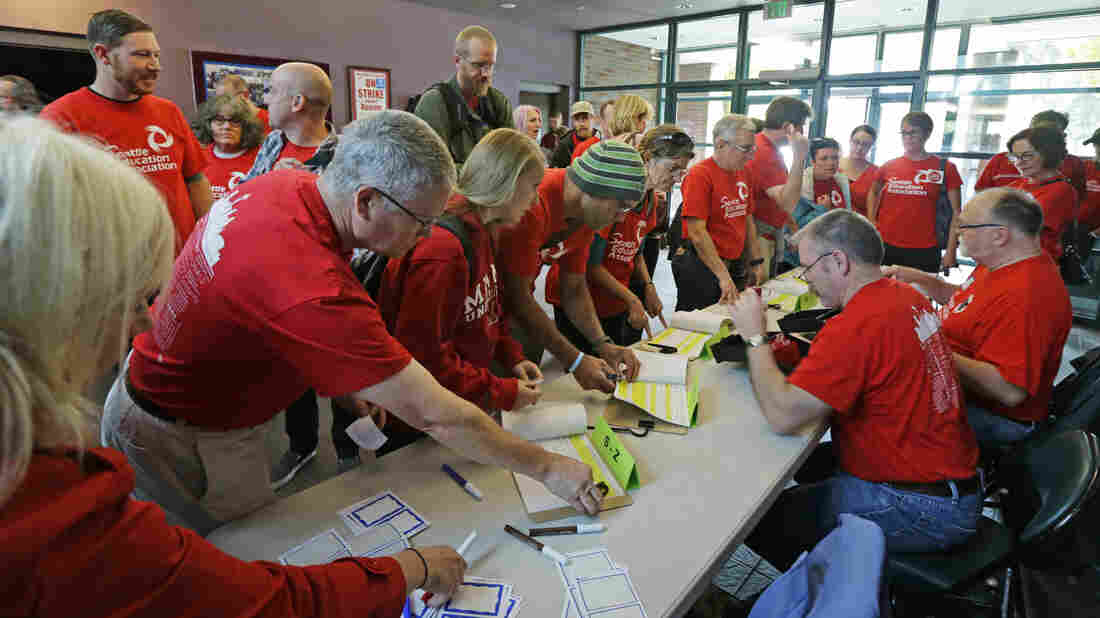 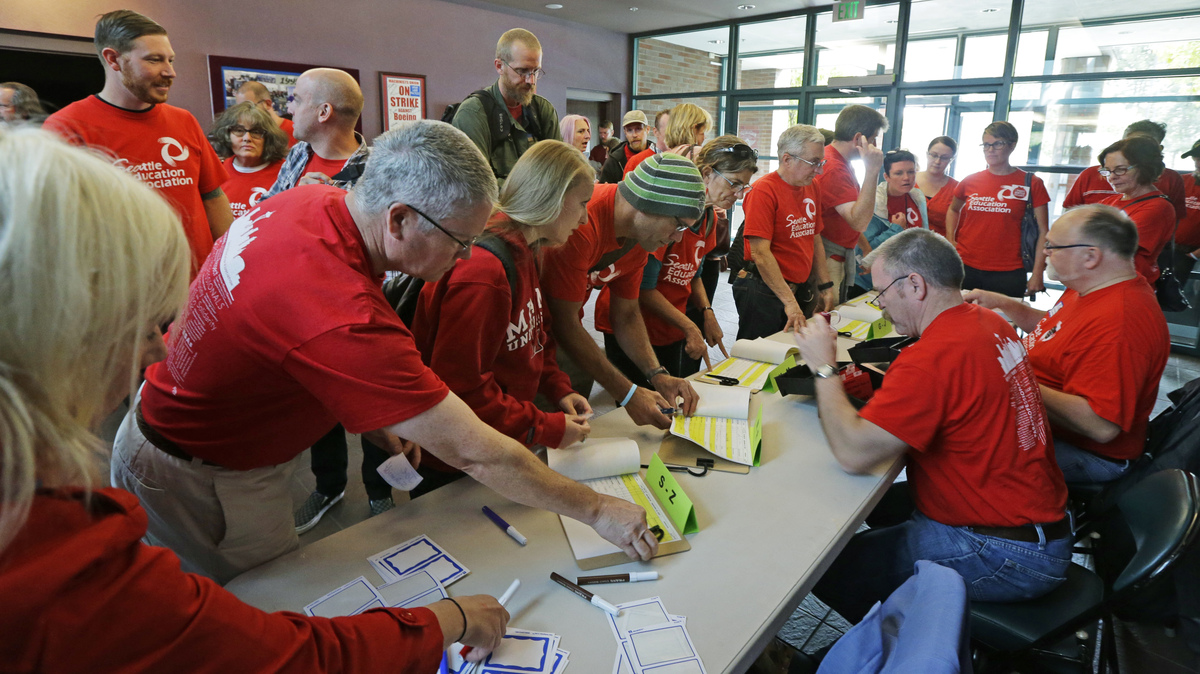 Members of the Seattle Education Association, seen here as their strike was suspended last week, have voted to accept a new contract.

Days after negotiators struck a new deal that paused a strike, Seattle's teachers voted Sunday night to ratify the new contract. For the Seattle school district's 53,000 students, the strike had delayed the start of the school year by six days.

As the old contract expired, Seattle's teachers hadn't received a state-funded cost of living raise in six years. Under the latest deal, teachers' base pay will rise 3 percent this year, 2 percent in 2016, and 4.5 percent in 2017.

"Teachers union leaders paused their strike last week after negotiators reached a deal with the district, allowing Seattle students to return to school until the full membership could vote. More than 84 percent of union members voted for approval. Union president Jonathan Knapp called the deal groundbreaking:

" 'We have also succeeded in changing the landscape of public education bargaining by conceiving of our bargain as a struggle for the common good,' he said.

"For instance, union members won a guarantee of 30 minutes of recess time for all elementary students — an issue parents had first raised. But some in the union were hoping for bigger salary increases. The contract also will extend the school day as the district wanted — and the union had fought against."

The deal also addresses teachers' complaints about the role of testing in schools, seeking to cut the amount of student testing and to remove links between test scores and teacher evaluations.