Accessibility links
Council On American-Islamic Relations: Ben Carson Should Quit Presidential Race : The Two-Way Nihad Awad, CAIR's president and founder, said Carson was "unfit to lead." Carson's view that a Muslim should not be president is inconsistent with the Constitution, Awad said. 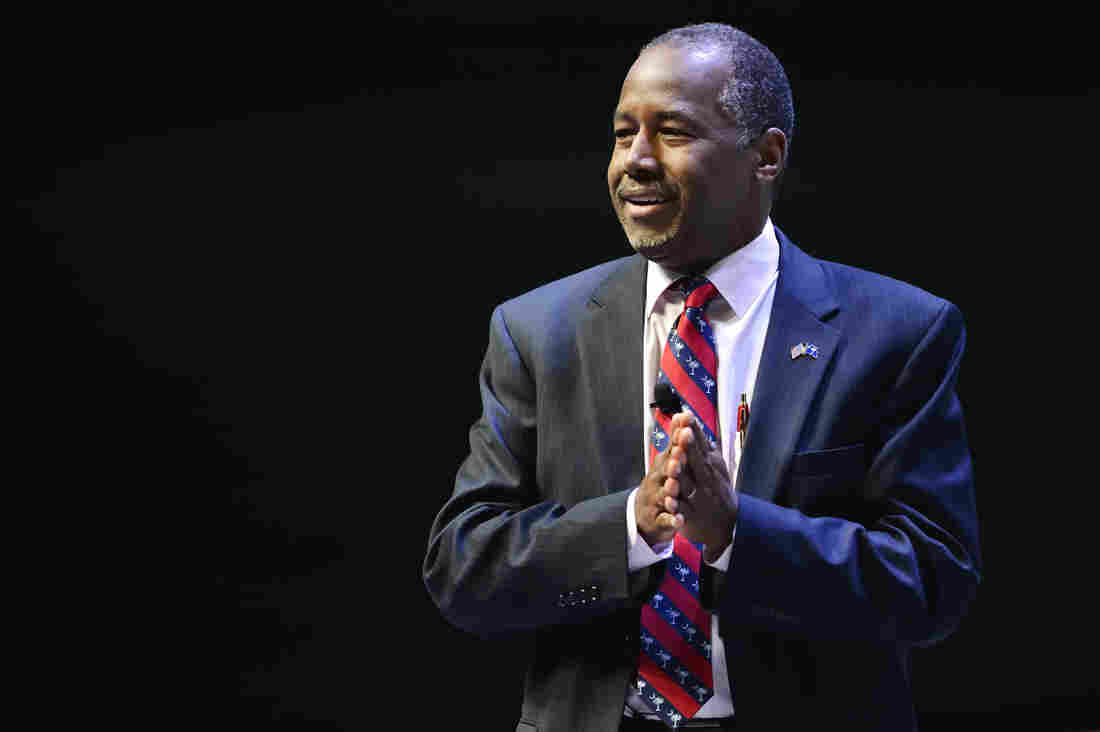 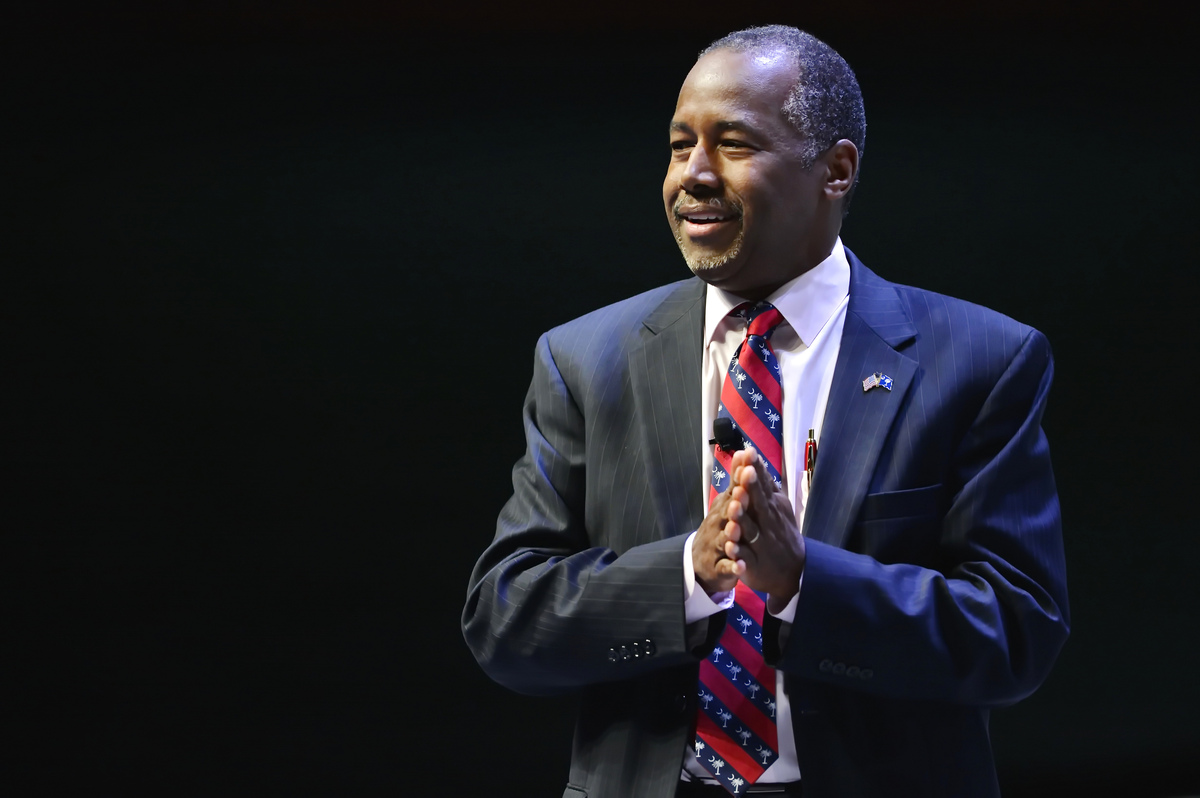 "We ask Mr. Ben Carson to withdraw from the presidential race, because he his unfit to lead," Nihad Awad, the president and founder of the Council On American-Islamic Relations, said at a Monday press conference.

Of course, this comes a day after Carson said he would not want an American of the Muslim faith to become president.

"I would not advocate that we put a Muslim in charge of this nation. I absolutely would not agree with that," Carson told Meet the Press.

Awad said Carson's views are inconsistent with the Constitution. He held up a large print-out of Article VI that reads in part: "... No religious test shall ever be required as a qualification to any office or public trust under the United States."

"They were wrong then, and they are wrong now," Awad said.

On Morning Edition, Rep. Andre Carson, a Democrat from Indiana and one of two Muslim members of Congress, said Carson's statement would akin to saying that brain surgeons shouldn't be allowed to be president.

"Freedom of religion is a founding principle of our nation, and for any candidate to suggest that someone of any faith is unfit for public office to me is simply asinine because the founding fathers were very visionary - still imperfect, as we all are - when they established very clearly and explicitly Article Six of the U.S. Constitution, that there shall not be a religious test to hold public office," he said.

Minnesota Democratic Rep. Keith Ellison, the other Muslim in Congress, also sounded off on Carson's comments.

"For Ben Carson, Donald Trump, or any other Republican politician to suggest that someone of any faith is unfit for office is out of touch with who we are as a people," Ellison said in a written statement. "It's unimaginable that the leading GOP presidential candidates are resorting to fear mongering to benefit their campaigns, and every American should be disturbed that these national figures are engaging in and tolerating blatant acts of religious bigotry."

NBC News reports that Carson's campaign tried to put some nuance to what Carson said on Meet the Press. The network reports:

"Carson campaign spokesman Doug Watts said Carson will likely reach out to members of the Muslim community in wake of the comments but said the interview should be "watched or read carefully."

" 'He did not say that a Muslim should be prevented from running, or barred from running in any way,' Watts said. 'He [Carson] just doesn't believe the American people are ready for that.' "

Watts went on: "Dr. Carson is a strict adherent to the First Amendment — freedom of religion. That includes people of all faith. He has great respect for the Muslim community, but there is a huge gulf between the faith and practice of the Muslim faith, and our Constitution and American values."