Accessibility links
Peanut Corp. Exec Gets 28 Years For Role In Deadly Salmonella Outbreak : The Two-Way The former owner of Peanut Corporation of America, Stewart Parnell, had been convicted of knowingly shipping tainted peanut butter that was linked to the 2009 deaths of nine people. 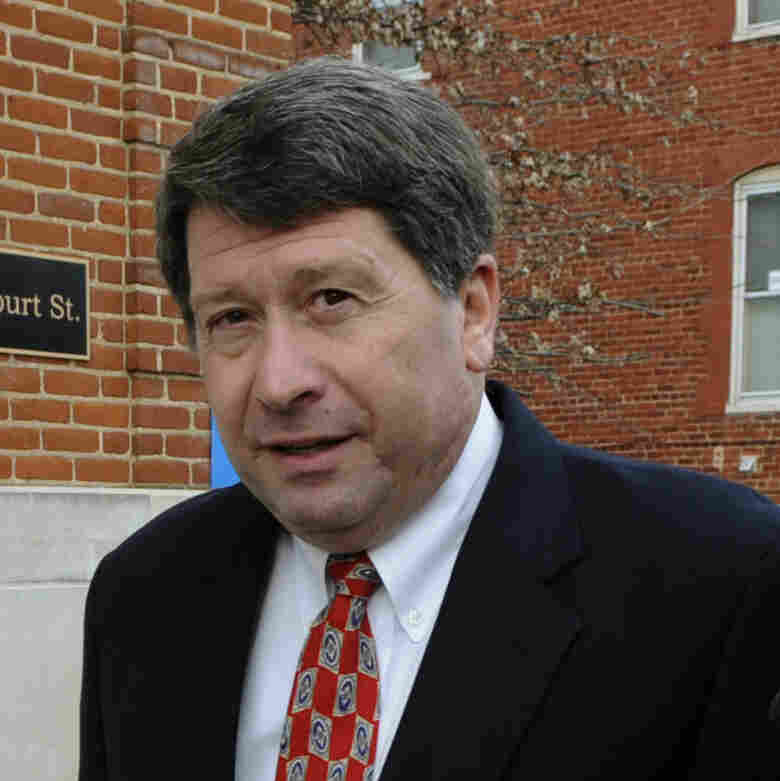 Former Peanut Corporation of America President Stewart Parnell was sentenced to 28 years in prison for knowingly shipping salmonella-tainted peanut butter, which was linked to the deaths of nine people. Don Petersen/AP hide caption 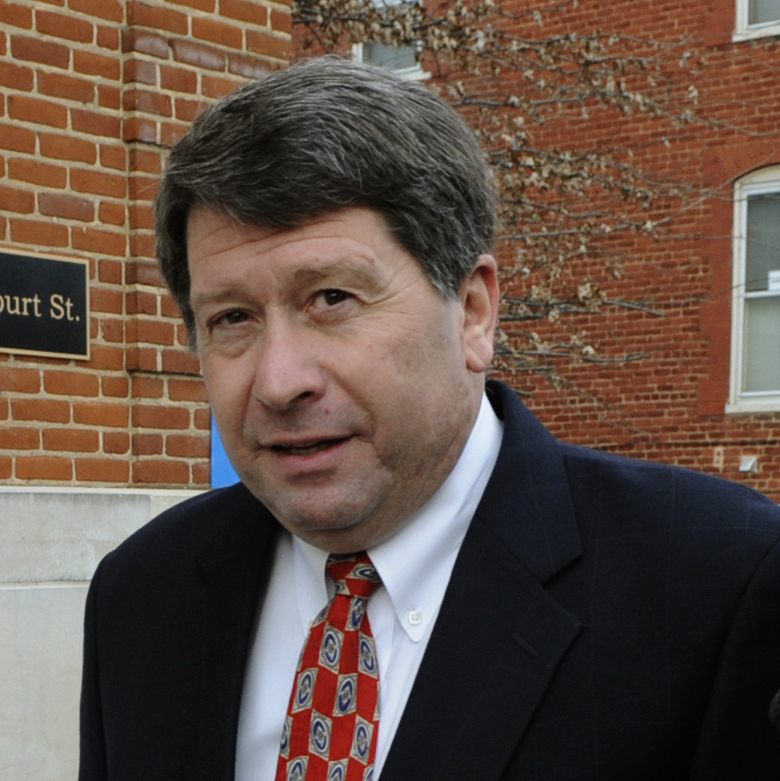 Former Peanut Corporation of America President Stewart Parnell was sentenced to 28 years in prison for knowingly shipping salmonella-tainted peanut butter, which was linked to the deaths of nine people.

A federal judge in Georgia sentenced the former owner of Peanut Corporation of America, Stewart Parnell, to prison for 28 years, a punishment the Justice Department says is the harshest criminal sentence ever in a food safety case. Parnell had been convicted of knowingly shipping salmonella-tainted peanut butter that was been linked to nine deaths. An additional 714 people were sickened but survived.

Parnell, 61, and two former employees were convicted of felonies in the 2009 outbreak. His brother and food broker, Michael Parnell, was sentenced to 20 years and manager Mary Wilkerson received a five-year sentence.

The Associated Press reports that Judge W. Louis Sands estimated Parnell faced up to 803 years in prison for his crimes, saying, "these acts were driven simply by the desire to profit and to protect profits notwithstanding the known risks. This is commonly and accurately referred to as greed."

The AP also details the conditions of the Peanut Corporation plant.

"Federal investigators found a leaky roof, roaches and evidence of rodents at the plant, all ingredients for brewing salmonella. They also uncovered emails and records showing that food confirmed by lab tests to contain salmonella was shipped to customers anyway. Other batches were never tested at all, but got shipped with fake lab records saying salmonella screenings were negative."

During the sentencing, the victims and their families called for harsh punishments, per AP.

"Jacob Hurley, who was 3 years old when peanut butter crackers made him severely ill, told the judge it would be OK for Parnell 'to spend the rest of his life in prison.' "

The 28-year sentence is the harshest doled out in a series of cases dealing with food contamination and outbreaks.

In May, another peanut butter producer, ConAgra, pleaded guilty to a misdemeanor criminal charge of violating the FDA protocol in connection with a salmonella outbreak. ConAgra agreed to pay a record fine of $8 million and forfeit $3 million more. No company executives were charged. According to the AP, ConAgra Chief Operations Officer Al Bolles said the company was unaware the peanut butter was tainted before it was shipped.

"We did not, and never will, knowingly ship a product that is not safe for consumers," Bolles said. "We've invested heavily in leading-edge food safety technology and practices over the past eight years, and we are thankful for all of the people who recognize that."

In April, two former egg executives, Jack and Peter Decoster of Quality Egg, were sentenced to three months in prison for knowingly shipping eggs with false processing and expiration dates that led to a 2010 salmonella outbreak. They were convicted of a misdemeanor charge of "introducing adulterated food" into commerce.

And last year, two cantaloupe farmers pleaded guilty to the same charge and received five years' probation for their role in a 2011 listeria outbreak that killed 33 people.