Accessibility links
Sage Grouse Bird Does Not Need Protection, U.S. Decides : The Two-Way The Interior Department said an unprecedented land conservation effort significantly reduced the threats to the greater sage grouse. At this time, the bird does not need to be listed as endangered. 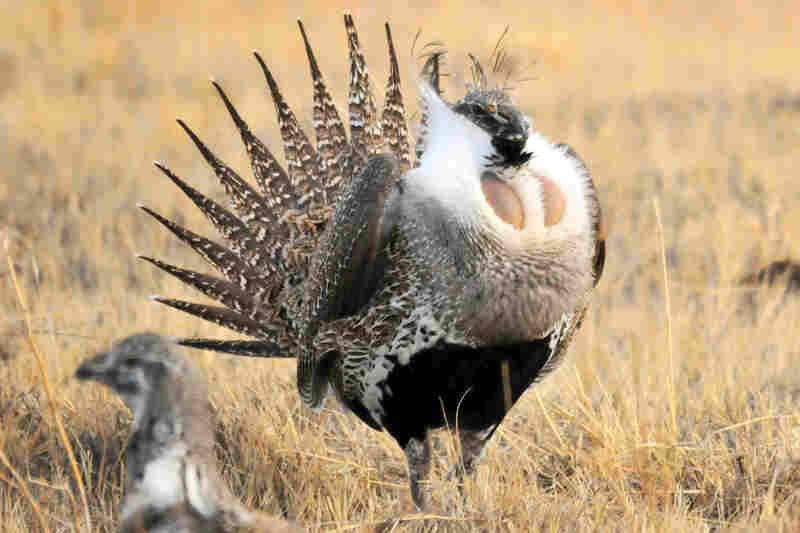 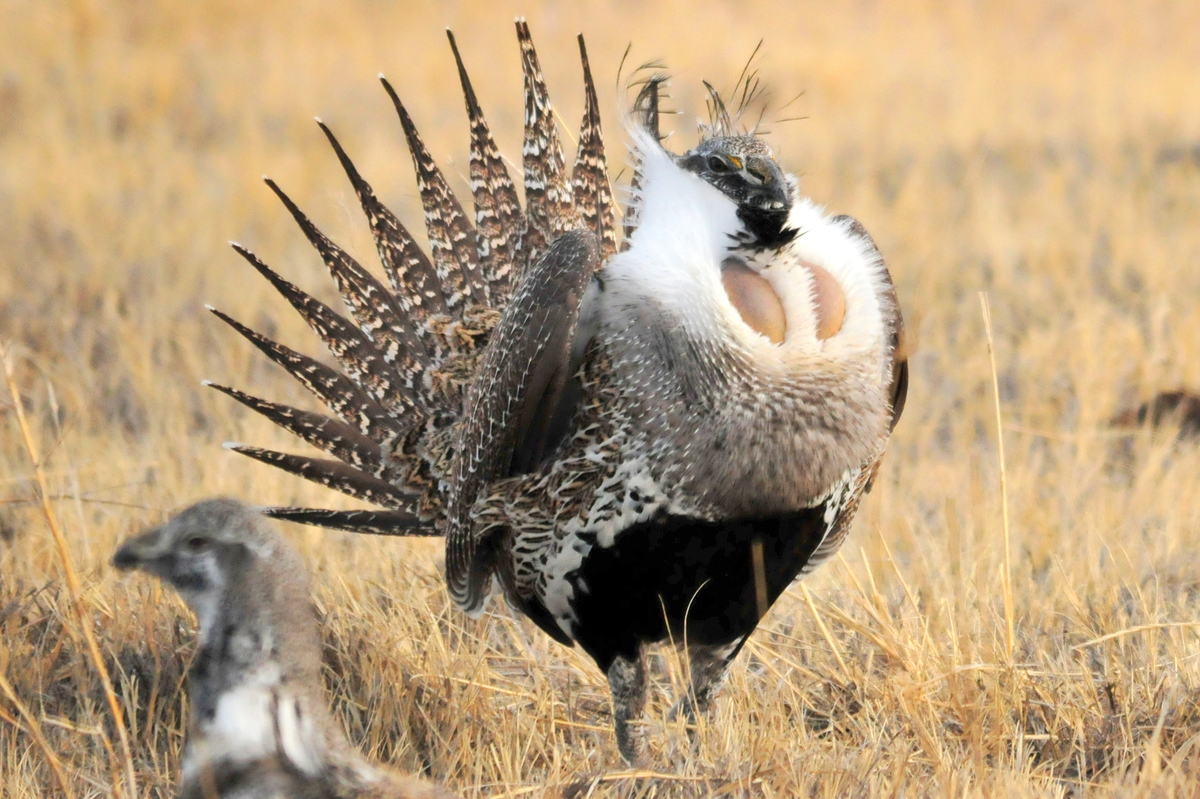 A male greater sage grouse inflates the yellow air sacs on his chest during a mating ritual at Seedskadee National Wildlife Refuge in Wyoming on Feb. 28.

The U.S. Department of Interior has decided that the greater sage grouse, a peculiar and distinctly Western bird, does not need protection under the Endangered Species Act.

In a statement, Interior Secretary Sally Jewell said that an unprecedented land conservation effort has already significantly reduced the threats to sage grouse.

Agriculture Secretary Tom Vilsack said the conservation marked a successful effort by the government and ranchers on public and private lands.

"Together, we have shown that voluntary efforts joining the resources of private landowners, federal and state agencies, and partner organizations can help drive landscape-level conservation that is good for sage grouse, ranching operations, and rural communities," Vilsack said.

NPR's Nathan Rott, who has been following the story, reports that this is a big deal for the West. Economically, for example, a listing of the greater sage grouse would have resulted in big changes to the ranching and energy operations in the region.

"Environmental groups say they didn't list it because of political pressure. Western industries — like oil and gas, mining and agriculture — say that listing would cost them billions of dollars in lost economic activity.

"And, Frazer says, those birds and habitat are better protected than ever before."

A report released by the Western Association of Fish and Wildlife Agencies in advance of this decision showed that the sage grouse population had begun to rebound.

In 2013, for example, the sage grouse population had plummeted to 16.7 males per traditional mating area, or lek. In the last two years, that number has risen to 25.5 males per lek. That is still below the recent population peak of 33 males per lek measured in 2006.

The U.S. says it will keep tabs on the population and reassess the need for protection in five years.