Accessibility links
Rex The K-9 Is Retiring, And Police Department Weighs His Fate : The Two-Way Announcing Rex's retirement, police in Albuquerque, N.M., also outlined a sad story, saying his handler recently retired — and that the officer, who has a small child, couldn't take the dog home.

Rex The K-9 Is Retiring, And Police Department Weighs His Fate

Rex The K-9 Is Retiring, And Police Department Weighs His Fate 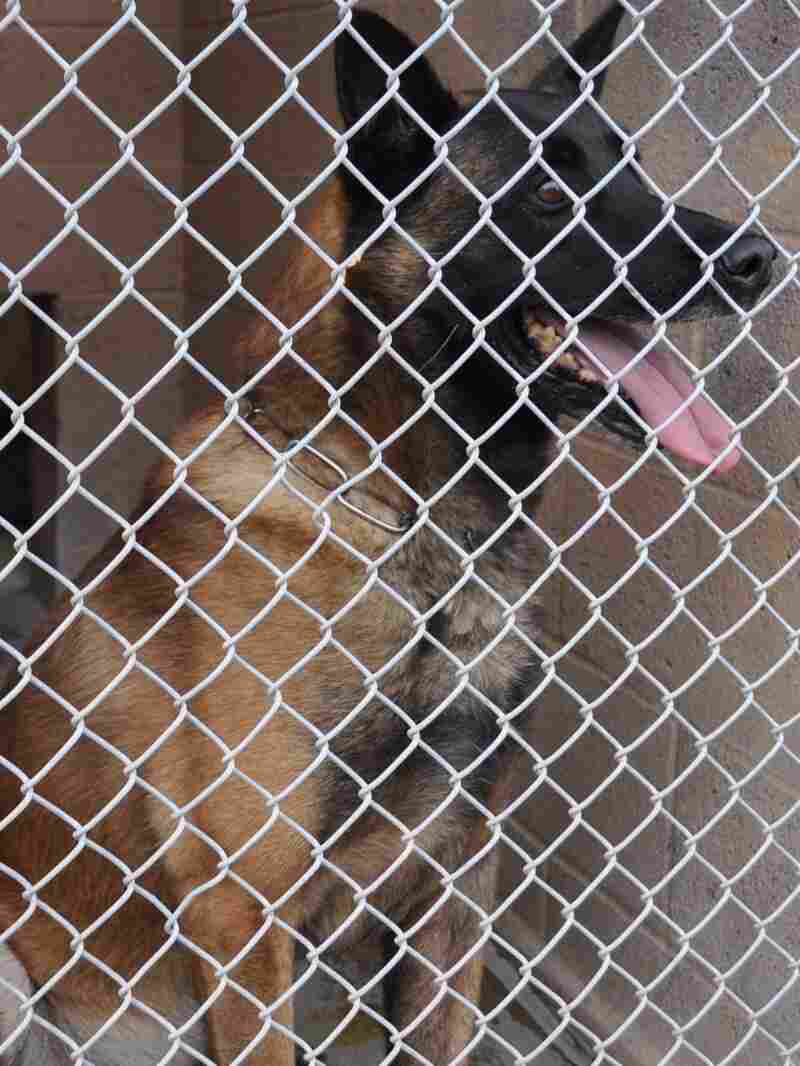 Rex, a retired K-9 dog, is in the custody of Animal Services as officials in Albuquerque, N.M., decide what to do with him. Albuquerque Police Department hide caption 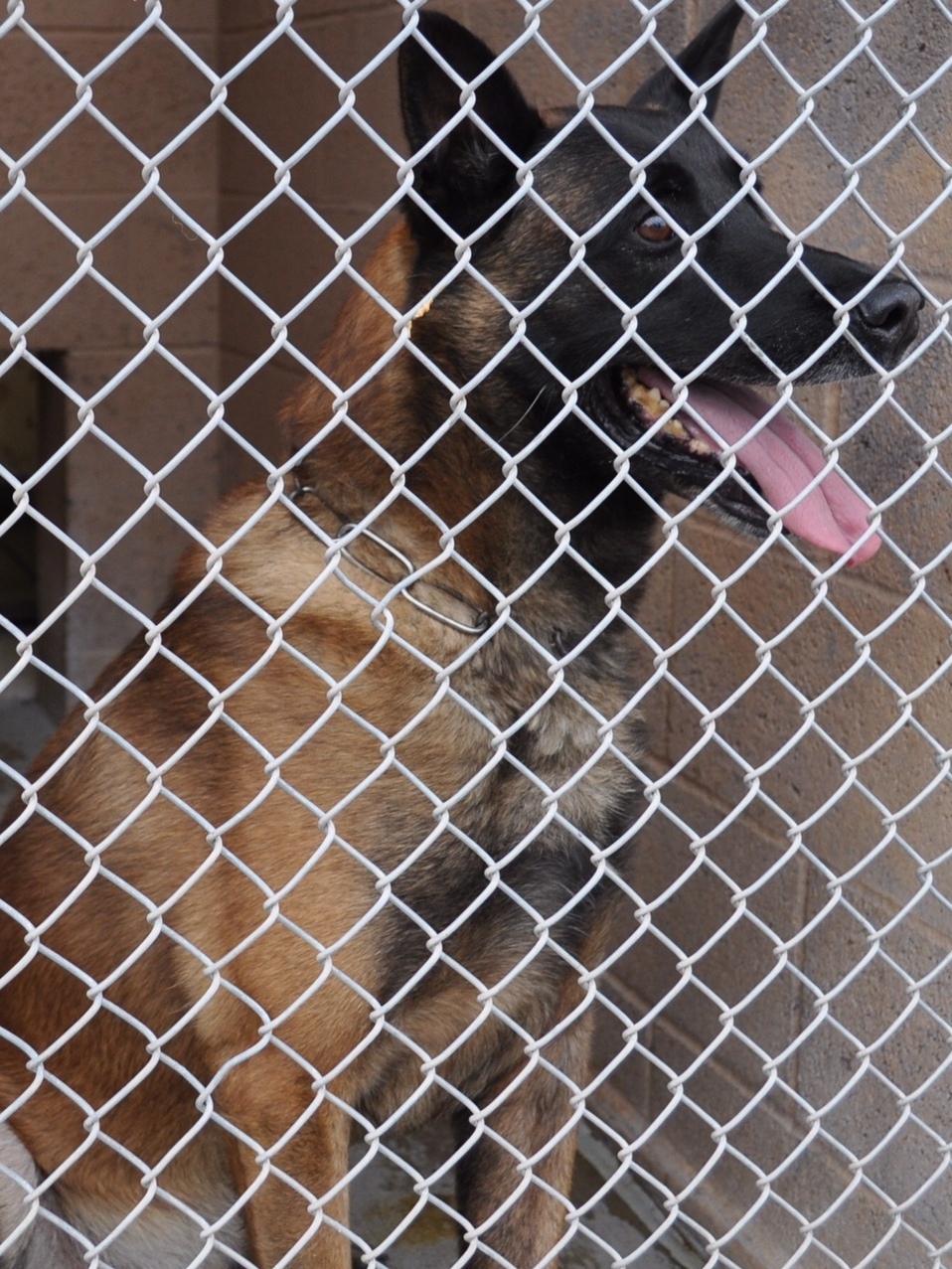 Rex, a retired K-9 dog, is in the custody of Animal Services as officials in Albuquerque, N.M., decide what to do with him.

A 9-year-old police dog named Rex is ready to retire from the force. That presents a quandary for the Albuquerque, N.M., police department: what to do with a devoted and capable dog whose law enforcement training makes it a challenge to find him a new home?

In announcing Rex's retirement Monday, the department also outlined a sad story. The dog's handler recently retired from the force — and though the two have emotionally bonded, the officer couldn't take his work partner home because he has a small child.

Rex is currently in the custody of Animal Services, and it's possible he could be euthanized, in part because he's deemed to be too old to bond and work with a new handler. After announcing that state of affairs Monday, Albuquerque police said they're now getting offers to take the dog from former K-9 handlers, as well as from animal rescue groups.

"It's heartbreaking for all of us ... especially his handler," says Celina Espinoza, the Albuquerque Police Department's communications director. "Both he and Rex have served the city hand in hand for many years."

According to data compiled by the Save A Vet group, which rescues and helps people adopt retired military and law enforcement dogs, more than 2,600 military dogs that left service from 2001-2011 were transferred or adopted. Around 1,100 were euthanized.

"The average retirement age of a police K-9 at [Albuquerque's police department] is around 7 years old," Espinoza says.

Complicating matters is the fact that Rex is the dog that was on the scene when Albuquerque police shot and killed James Boyd, in a videotaped incident that set off protests in the city last year. The Albuquerque Journal says the police department is waiting to see how the legal case over the killing proceeds. The newspaper quotes Espinoza as saying that Rex "is considered evidence, just like any other witness or other evidence would be."

Rex is a Malinois, a Belgian breed that has long been used by military and police. According to the Vetstreet website, a Belgian Malinois "exudes confidence and is an exceptional watch and guard dog. Active and energetic, he's terrific at search and rescue, agility, and pretty much anything else you can teach him."

Animals like Rex carry out strenuous work on a daily basis, Espinoza says, adding, "We would like to thank all of our K-9s and their handlers for the important work they do in helping keep our community safe."