Accessibility links
In U.S. Visit, China's President Talks Hemingway And Rum : The Two-Way Speaking at a Westin hotel in Seattle, the Communist leader referred to the show House of Cards and recounted how he drank rum at a bar in Cuba out of his affection for Ernest Hemingway. "I was most captivated by Ernest Hemingway's The Old Man and the Sea," Chinese President Xi Jinping told his audience at a banquet in Seattle on Tuesday night. Ted S. Warren/AP hide caption 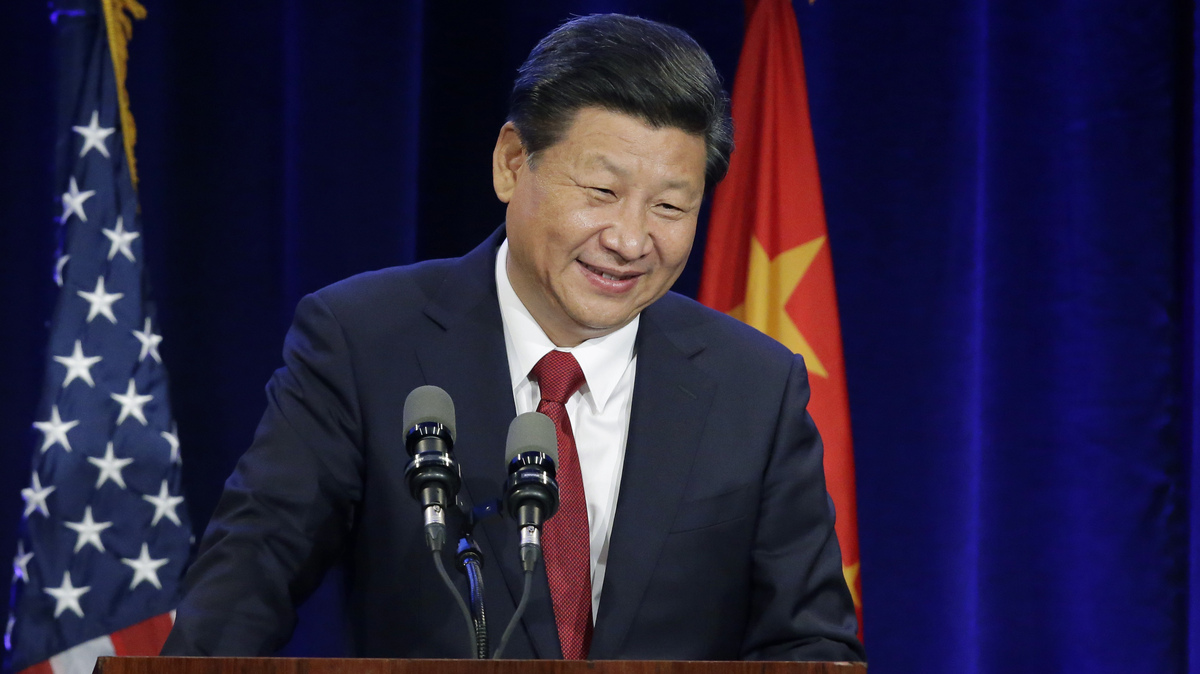 "I was most captivated by Ernest Hemingway's The Old Man and the Sea," Chinese President Xi Jinping told his audience at a banquet in Seattle on Tuesday night.

President Xi Jinping delivered several surprising remarks in a speech at a banquet in Seattle on Tuesday night, dropping pop culture references to the show House of Cards and recounting how he drank rum at a bar in Cuba out of his affection for Ernest Hemingway.

For large portions of his speech at a Westin hotel, Xi stuck to the expected topics of intellectual property and cybercrime. But the Communist leader illustrated his points with an array of American cultural references.

From Seattle, NPR's Aarti Shahani reports for our Newscast unit:

"He hit a lot of policy issues, saying he'd cooperate with the U.S. to stop criminal hackers and make China more friendly to foreign investors.

"And then, he took a deep dive into American history and literature. He said in his younger years he read Alexander Hamilton, Thomas Payne, and...

" 'I was most captivated by Ernest Hemingway's The Old Man and the Sea,' Xi said.

"And that's not all. When he visited Cuba, the Chinese president said, 'I dropped by the bar Hemingway frequented and ordered his favorite rum with mint on rocks.'

"The audience erupted in thunderous applause."

Discussing a crackdown on corruption in his speech, Xi used a more current reference to reject the idea that the arrests have targeted his potential rivals in China's political system.

CNN reports, "This is not, he said, with a smile, a "House of Cards" — a reference to the Netflix blockbuster that charts the intrigue and treachery of Kevin Spacey's power hungry politico Francis Underwood."

As the network notes, the Web-only TV show is hugely popular in China, both through a legal streaming service and through illegal downloads.

It's not the first time Xi — who also told his audience that many Chinese know about their city from the film Sleepless in Seattle — has shown an affinity for the culture of the U.S., a country he visited in the 1980s.

In 2012, Xi was welcomed back to the small town of Muscatine, Iowa, a place where he reportedly told a group of old friends, "Coming here is really like coming back home."

One of those friends, Sarah Lande, recalled how Xi was set on seeing the Mississippi River, after reading Mark Twain.

After leaving Seattle, Xi will head east — President Obama will host him for a White House state dinner on Friday.