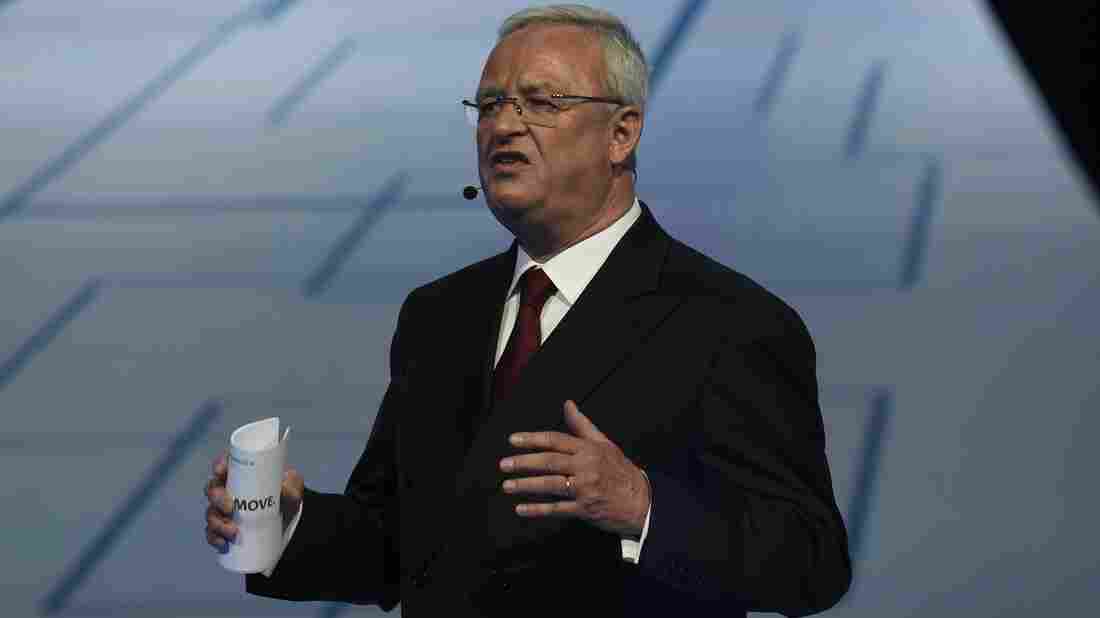 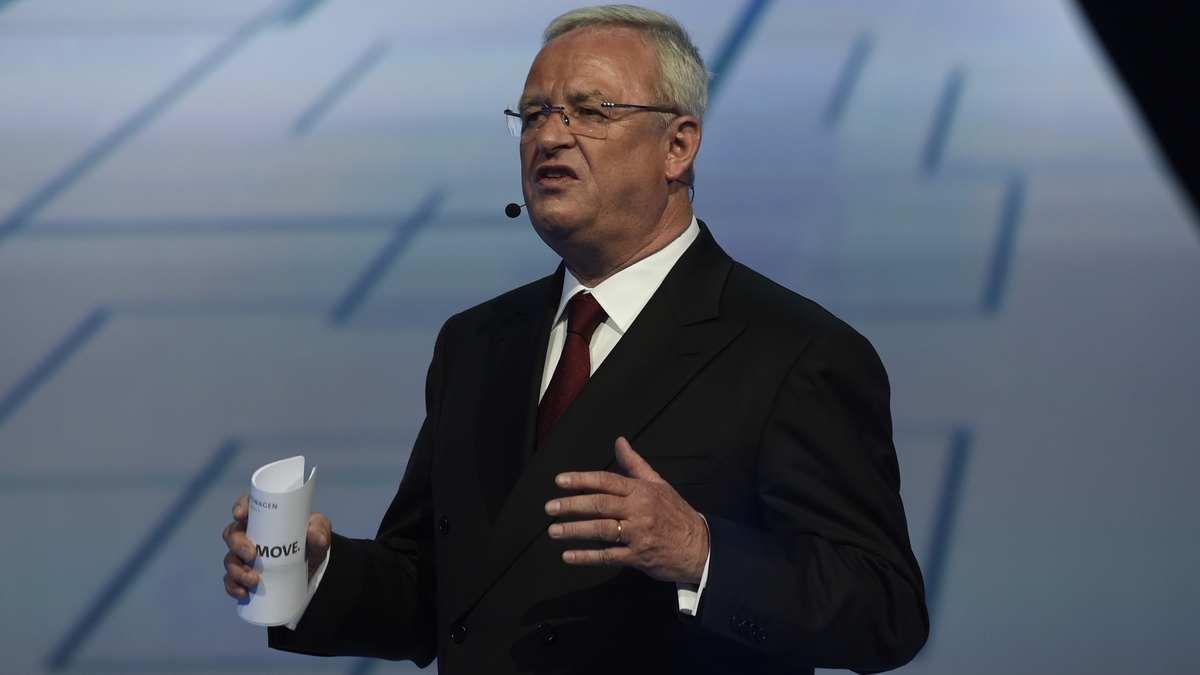 Volkswagen CEO Martin Winterkorn, seen here at last week's Frankfurt Auto Show IAA in Germany, says he is asking the board to accept his resignation.

One day after acknowledging that 11 million Volkswagen-made cars have software that dupes official emissions tests, Volkswagen CEO Martin Winterkorn says he is resigning from his post.

"I am shocked by the events of the past few days," Winterkorn said in a statement released Wednesday. "Above all, I am stunned that misconduct on such a scale was possible in the Volkswagen Group."

The news comes as Winterkorn met with Volkswagen's board Wednesday, less than a week after the U.S. Environmental Protection Agency said the car company had put software in diesel cars that turns emissions control systems off when the car isn't undergoing official tests.

Volkswagen is faced with fallout on a number of fronts, from investors punishing its stock to the chance that the U.S. government will levy billions of dollars in fines. There's also the likelihood — already realized in Canada — that millions of its customers will file class-action lawsuits.

While Winterkorn says he's shocked by recent events, the report by the EPA and the California Air Resources Board states that Volkswagen has known for more than a year that American inspectors had found something fishy going on with diesel cars made under the Volkswagen and Audi brands.

The first discovery was made back in May of 2014, the agencies say, when researchers at West Virginia University found wide irregularities when they compared the diesel cars' performance in emissions tests to real-world driving conditions.

Eventually, the EPA and CARB say, they found that when the company's 4-cylinder diesel cars detect they aren't hooked up to widely used emissions testing equipment, they "emit up to 40 times more pollution" than allowed under U.S. standards.

In a letter to Volkswagen about the violations, the EPA and CARB noted that last year, VW only took "limited" action to address the issue – including a recall in December.

That recall didn't go far enough, the agencies say, adding that VW only acknowledged it had designed "a sophisticated software algorithm" that changes the car's emissions settings after U.S. officials made it clear they wouldn't certify the carmaker's upcoming 2016 diesel models if the problem persists.

"Using a defeat device in cars to evade clean air standards is illegal and a threat to public health," the EPA's Cynthia Giles said in announcing the Notice of Violation Friday. Giles is the assistant administrator for the Office of Enforcement and Compliance Assurance.

The initial U.S. report ordered VW to recall more than 480,000 cars; on Tuesday, the company acknowledged that worldwide, it needs to fix 11 million vehicles (we've posted the list of U.S. models below).

This week, Volkswagen has seen billions of dollars stripped away from its market value — including more than $15 billion on Monday alone.

The U.S. government also has reason to feel duped: Volkswagen's 'clean diesel' TDI engines earned a $1,300 federal tax credit for people who purchased a diesel Jetta sedan or wagon back in 2009, the first year affected by the recall.

Here's the rest of Winterkorn's statement:

"As CEO I accept responsibility for the irregularities that have been found in diesel engines and have therefore requested the Supervisory Board to agree on terminating my function as CEO of the Volkswagen Group. I am doing this in the interests of the company even though I am not aware of any wrong doing on my part.

"Volkswagen needs a fresh start – also in terms of personnel. I am clearing the way for this fresh start with my resignation.

"I have always been driven by my desire to serve this company, especially our customers and employees. Volkswagen has been, is and will always be my life.

"The process of clarification and transparency must continue. This is the only way to win back trust. I am convinced that the Volkswagen Group and its team will overcome this grave crisis."

As we reported Tuesday, the EPA lists the cars that contain software that circumvents EPA emissions standards for certain air pollutants," below: