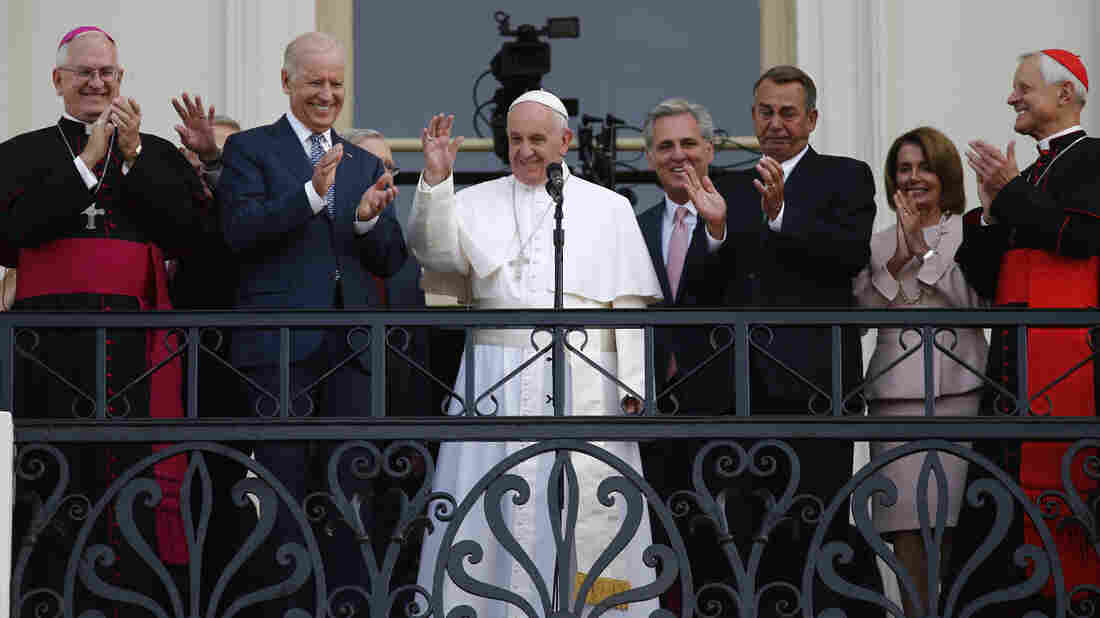 Pope Francis waves to a crowd from the speaker's balcony at the Capitol on Thursday. In his speech, Francis lauded two Catholics: Dorothy Day and Thomas Merton. Carlos Barria/Reuters /Landov hide caption 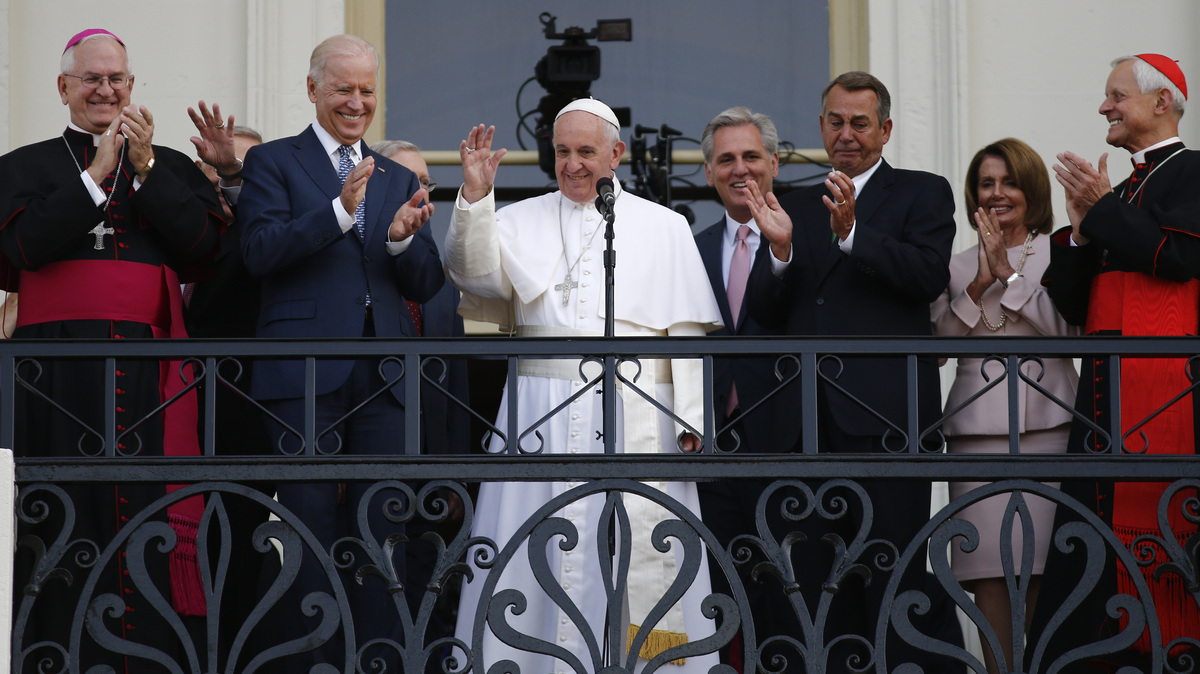 Pope Francis waves to a crowd from the speaker's balcony at the Capitol on Thursday. In his speech, Francis lauded two Catholics: Dorothy Day and Thomas Merton.

He praised one as a man of prayer, the other for her "passion for justice." But many Americans might need a reminder about two of the people Pope Francis discussed in Congress on Thursday: philosopher Thomas Merton and activist Dorothy Day.

Calling them "four representatives of the American people," Pope Francis lauded Day, King, Lincoln and Merton for using their dreams of justice, equal rights, liberty and peace to make America a better place.

Francis made the remarks in a speech to Congress in which he said, "I am convinced that we can make a difference."

Here are some details about Day and Merton, for anyone who needs an introduction — or a refresher: 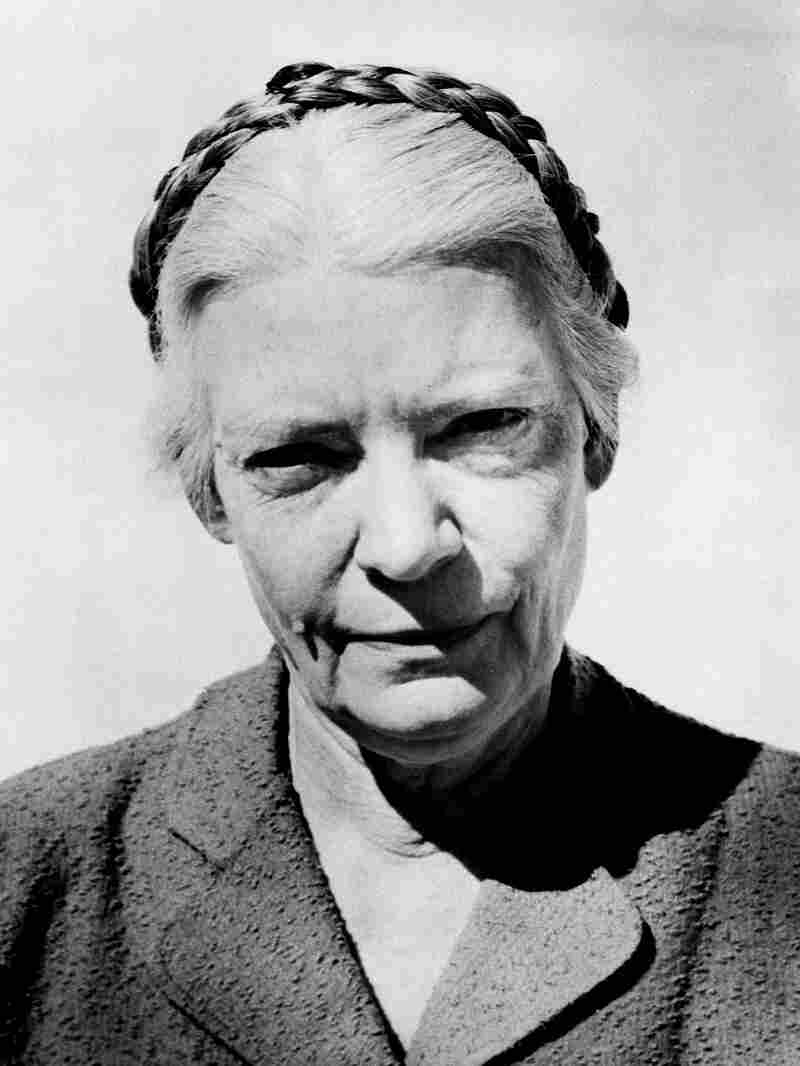 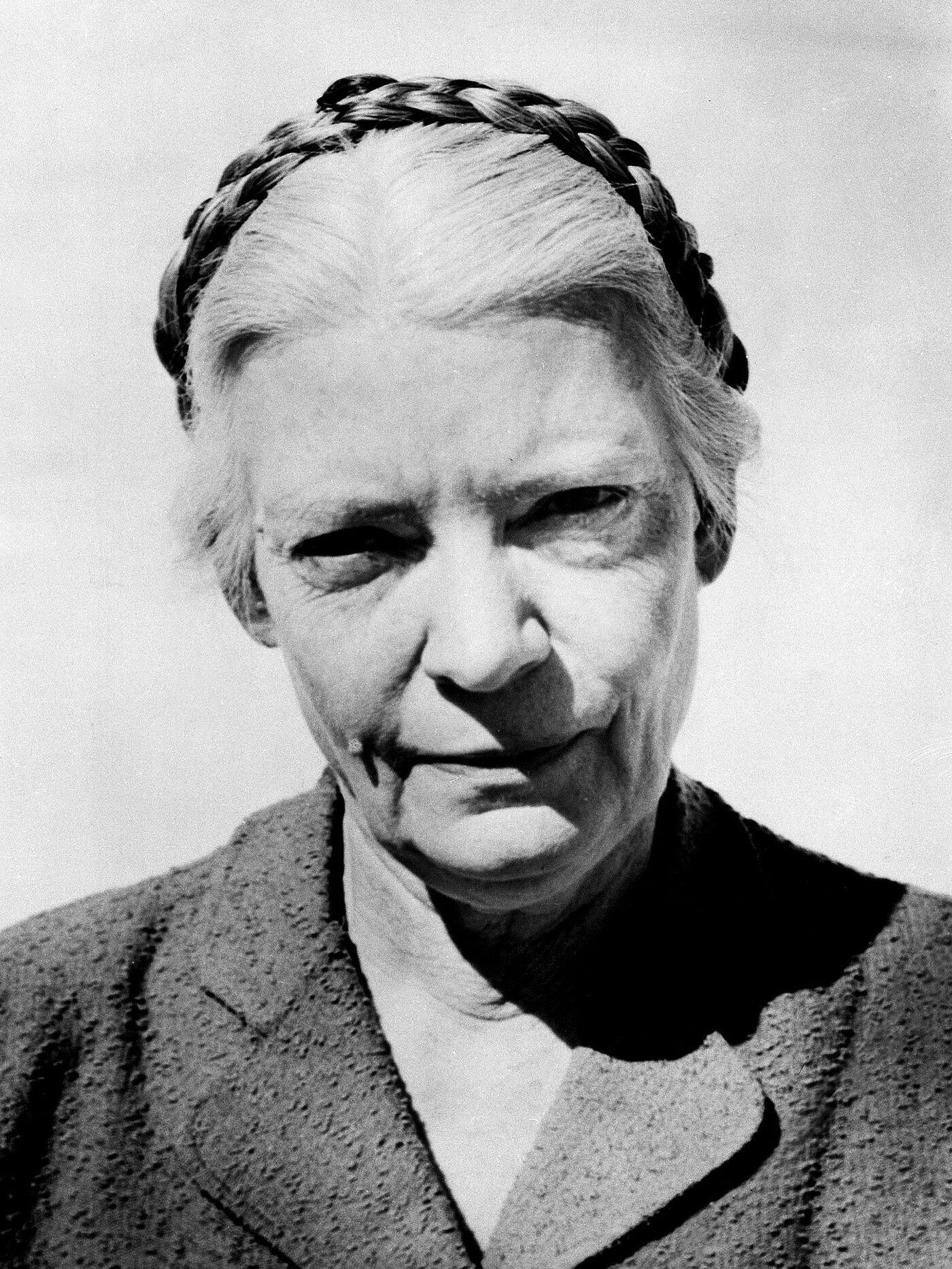 Dorothy Day, founder of the Catholic Worker Movement, was mentioned by Pope Francis on Thursday. She's seen here in 1960.

Born in 1897, Dorothy Day was a pacifist who protested wars and fought for social justice for those living in poverty.

In 1933, Day founded the Catholic Worker Movement, using her passion and energy to transform a tiny, 1-cent newspaper (most of which she wrote) into an organization that today includes soup kitchens in cities across America and aid centers around the world.

From a 1971 interview with Day, cited in a PBS biography:

"If your brother is hungry, you feed him. You don't meet him at the door and say, 'Go be thou filled,' or 'Wait for a few weeks, and you'll get a welfare check.' You sit him down and feed him. And so that's how the soup kitchen started."

In recent years, many members of the Catholic left have been urging sainthood for Day, even though some of her friends and supporters said she wouldn't have cared.

The pope's inclusion of Day in Pope Francis' speech is also notable because she had an abortion early in her life — something that's become more controversial as her supporters have pushed for canonization.

Thomas Merton, who lived from 1915 to 1968, was a convert to Catholicism (just as Day was) whose writings attracted a wide following, thanks to his blend of spiritual openness and human intelligence, and his skills as a writer and poet.

Merton was a Trappist monk who rubbed shoulders with world figures ranging from the Dalai Lama to Martin Luther King. He was also an advocate for contemplation who became well-known for exploring other religions outside of Christianity — in particular Zen Buddhism.

The author of dozens of books, Merton wrote about a dizzying array of subjects, from historical theology to issues that define modern life in America, such as nuclear weapons and civil rights.

For the last 27 years of his life, Merton lived at the Abbey of Gethsemane in Kentucky, where he wrote his famous autobiography The Seven Storey Mountain (1948) and the powerful depiction of a religious life in Seeds of Contemplation (1949).

Merton's later works included the wide-ranging Conjectures of a Guilty Bystander (1965) and Zen and the Birds of Appetite (1968).

Here's the start of his poem "Elegy for the Monastery Barn":

As though an aged person were to wear
Too gay a dress
And walk about the neighborhood
Announcing the hour of her death,

So now, one summer day's end,
At suppertime, when wheels are still,
The long barn suddenly puts on the traitor, beauty,
And hails us with a dangerous cry,
For: "Look!" she calls to the country,
"Look how fast I dress myself in fire!"

Here's what Francis said about the two, from his prepared remarks to Congress:

"In these times when social concerns are so important, I cannot fail to mention the Servant of God Dorothy Day, who founded the Catholic Worker Movement. Her social activism, her passion for justice and for the cause of the oppressed, were inspired by the Gospel, her faith, and the example of the saints."

"A century ago, at the beginning of the Great War, which Pope Benedict XV termed a "pointless slaughter", another notable American was born: the Cistercian monk Thomas Merton. He remains a source of spiritual inspiration and a guide for many people. In his autobiography he wrote: 'I came into the world. Free by nature, in the image of God, I was nevertheless the prisoner of my own violence and my own selfishness, in the image of the world into which I was born. That world was the picture of Hell, full of men like myself, loving God, and yet hating him; born to love him, living instead in fear of hopeless self-contradictory hungers.' Merton was above all a man of prayer, a thinker who challenged the certitudes of his time and opened new horizons for souls and for the Church. He was also a man of dialogue, a promoter of peace between peoples and religions."