Accessibility links
Super Blood Moon Eclipse Wows Viewers: Here's Proof : The Two-Way Did you see it? If not, don't worry: This much-anticipated event — in which a supermoon went into a full lunar eclipse — was well-documented. 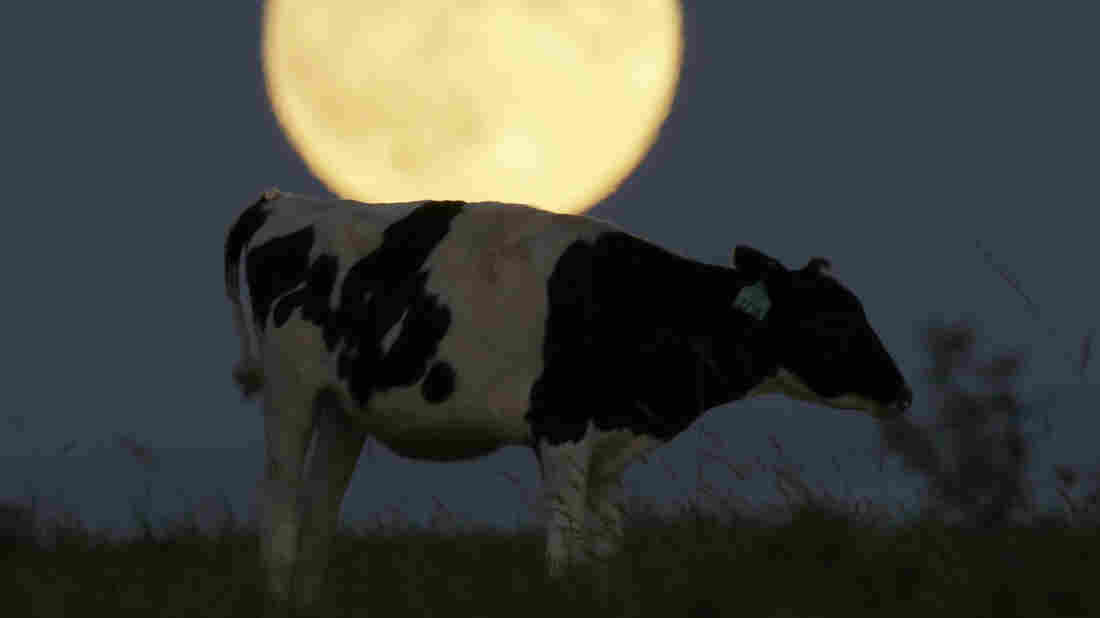 Putting the "moo" into super moon: the full moon rises behind a cow in Kansas last night, before a full lunar eclipse. Orlin Wagner/AP hide caption 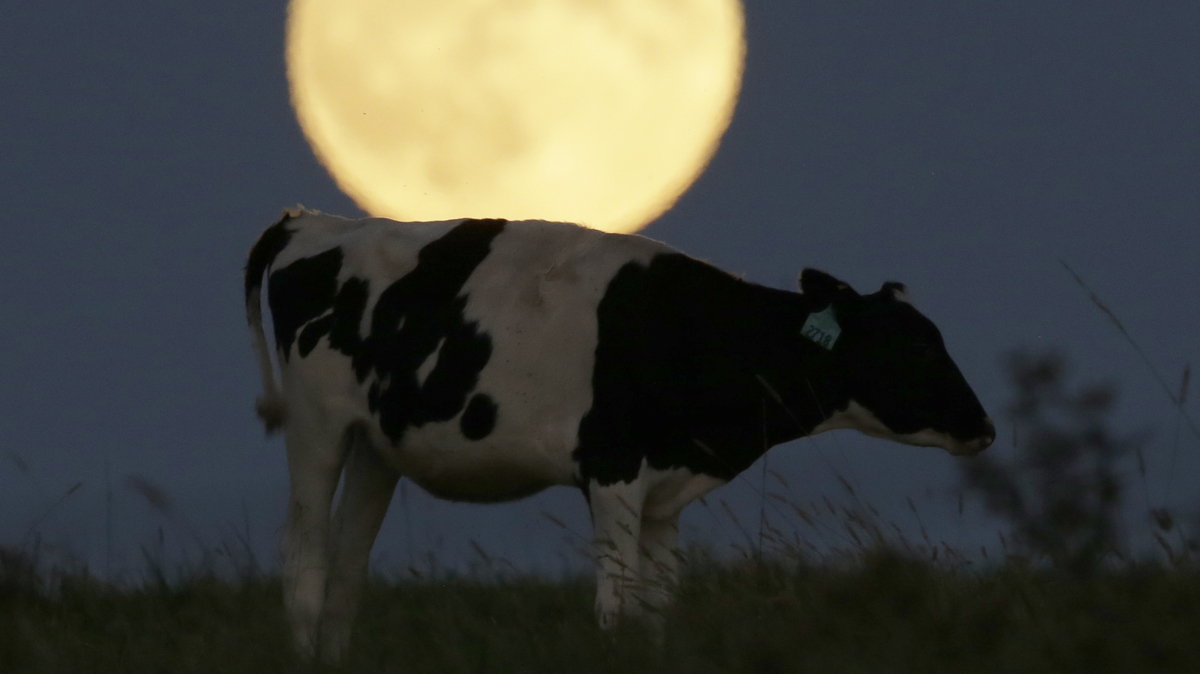 Putting the "moo" into super moon: the full moon rises behind a cow in Kansas last night, before a full lunar eclipse.

Many earthlings were treated to a rare sight last night, as a "supermoon" coincided with a lunar eclipse. It was a bad night to have clouds obscuring the view, as the last total eclipse that had these qualities occurred in 1982, and the next won't happen until 2033.

This lunar eclipse ticked many boxes for sky watchers: It was a supermoon, when the moon is both full and in perigee, or close to Earth, making it loom large in our sky. It was also a blood moon (the fourth and final lunar eclipse). And because it occurred days after the fall equinox, this was also the harvest moon.

Thanks to our friends at @NOAONorth for this amazing pic of the #SuperBloodMoon #SupermoonEclipse! pic.twitter.com/3Axwpte7Ku

Did you see it? If not, don't worry: this much-anticipated event inspired many photos.

The entire lunar eclipse took more than three hours to transpire. At times, the moon took on an orange or reddish glow.

Photo @ladzinski / As we are seeing posted all over the social feeds, understandably so, tonight was the #SuperMoon #LunarEclipse. If you were lucky enough to see it I'm sure you would agree that it was absolutely incredible. This photo here is an in-camera #DoubleExposure, which is essentially photographing two photos onto a single frame, all in camera. It's an old film trick and in cases like this the perfect way to create an unusually cool effect. This was shot this evening at the top of #LoganPass in #GlacierNationalPark Montana while here on assignment. Wherever you may be, I hope you got to enjoy this rare and beautiful occasion this evening!

Here's how Sky & Telescope senior editor Kelly Beatty explained the effects of light on the moon in a note to NPR:

Here on Earth, lunar eclipses and blood moons have long been tied to prophecies — and one commenter on our earlier story revealed that they've deciphered a prediction from "both the Mayan Calendar and Book of numbers, as well as historical evidence."

Before you dismiss that prediction, we'll remind you: The last such eclipse was in 1982.

Here are a few more of our favorite images from last night — including one that shows people going on with their lives as the moon did its thing:

Are you watching tonight's #SuperBloodMoon? @NASAHQPhoto snapped this pic next to the Empire State Building. pic.twitter.com/mskgCxK6TB