Accessibility links
After U.N. Speeches, Obama And Putin Discuss Syria In 'Business-Like' Meeting : The Two-Way After both presidents delivered speeches to the United Nations General Assembly on Monday, they met privately for 90 minutes to discuss Ukraine and Syria. 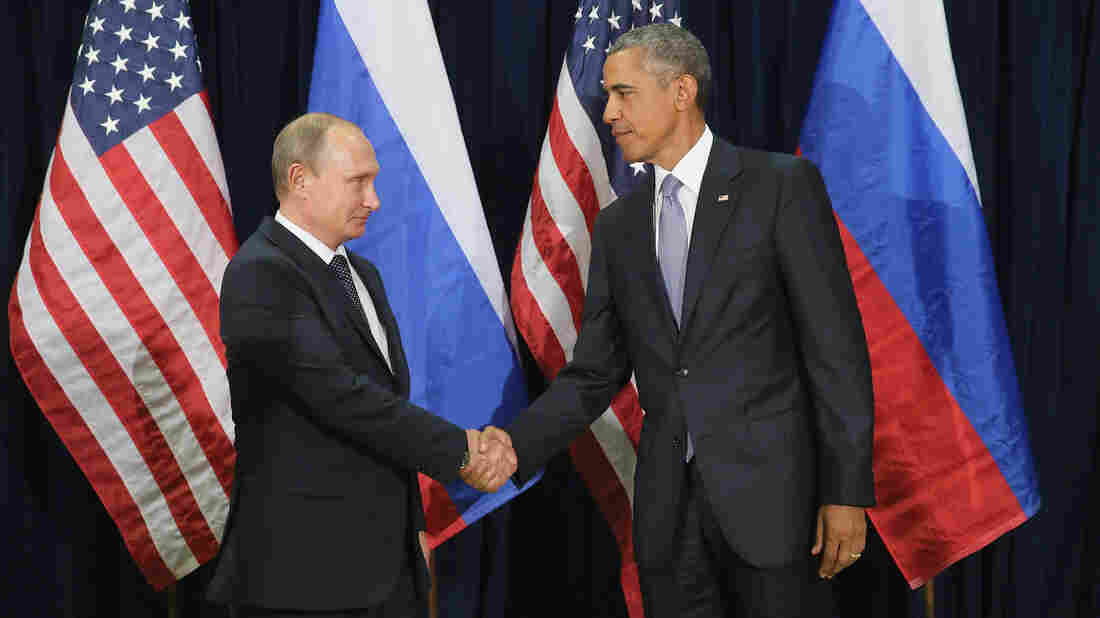 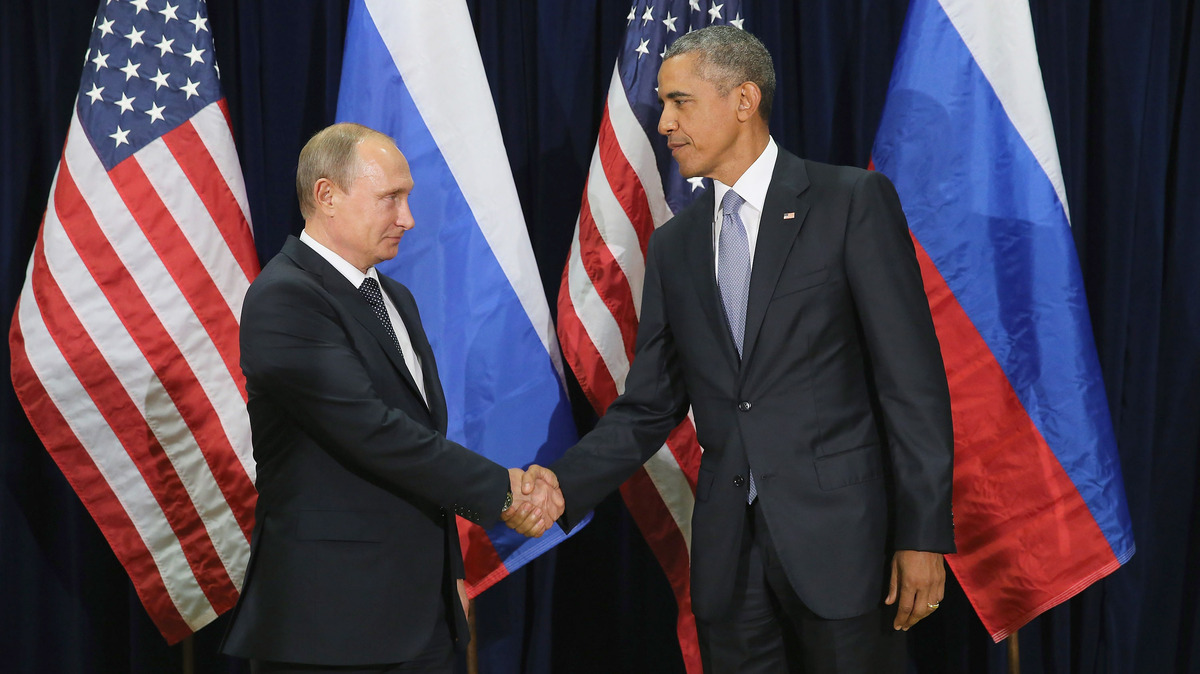 The official said it was a "business-like back and forth. I think they worked through a lot of different issues. This was focused."

The first half of the meeting focused on Ukraine, while the second centered on Syria.

"With respect to Ukraine, the president reiterated our support for the sovereignty and territorial integrity of the Ukraine government," the official said. "Mr. Obama also noted positive opportunity to implement the Minks accord in the next few months."

In the second half of the meeting, the leaders confirmed their shared goal to defeat ISIS, but as expected, disagreed on how to handle the Syrian government led by Bashar Assad.

"We have clarity on their objectives," the official said, referring to the Russians "Their objectives are to go after ISIL and to support the government."

While Putin has advocated supporting Assad's government, which he views as a stabilizing force in Syria, the Obama administration sees the regime as fueling sectarian conflict and violence.

However, Obama and Putin did agree to have their militaries maintain communication in order to "deconflict," or not interfere with the other's operations in the region.

As NPR's Scott Horsley told Morning Edition, the meeting marked a turnaround for the two countries. Here's how Scott explained it:

"The administration has been trying to isolate Russia since early last year, to protest what Washington views as the illegal annexation of Crimea as well as Russia's continued meddling in eastern Ukraine. What's changed now is Russia is sending tanks and airplanes into Syria, propping up Moscow's long-time ally Assad, whom the US insists has lost his authority to lead that country."

"In an interview with 60 Minutes that aired last night, Putin says he's just trying to keep a lid on the large number of Russians who've traveled to Syria to join the fight against Assad."

Before the meeting, both Obama and Putin delivered speeches to the United Nations General Assembly. Obama gave an impassioned defense of democracy, diplomacy and the fight toward the common good.

In front of the assembled leaders, Obama was blunt at times, saying that strongmen of today will be the "spark of revolution tomorrow." And speaking directly to Russia's annexation of Crimea, he said: "We cannot stand by when the sovereignty and territorial integrity of a nation is flagrantly violated."

On Syria, Obama again took on Russia saying that the situation in Syria "demands a managed transition."

In recent weeks, Russia, who has been a long time backer of the Bashar Assad regime, has been building up its military presence in Syria and it has been collaborating more closely with Iraq in its fight against the Islamic State.

Obama ended his speech on a hopeful note: Governments, he said, are made stronger by reflecting the goodness of their people, instead of fearing and repressing them.

Democracy, he said, is a "practical necessity in this interconnected world."

A country that gives its people Democracy and free speech and freedom of assembly and dignity, he said, is strong not weak. And the same is true of a world that chooses diplomacy over armed conflict.

"We can bridge our differences and choose cooperation over conflict — that is not weakness, it is strength," Obama said.

The president admitted that the U.S. "cannot solve the world's problems alone." It learned that lesson in Iraq, he said.

"Even hundreds of thousands of brave troops, trillions of dollars...by itself cannot impose stability on a foreign land," Obama said about Iraq.

In his speech, Putin struck back at President Obama without mentioning his name or the United States.

Essentially, Putin argued that a pursuit of democracy by foreign powers has led to a destabilization of the region.

"Foreign interference has resulted in the destruction of institutions," Putin said. He said after the revolution in Libya and the civil war in Syria he wanted to ask those responsible, "Do you realize now what you have done?"

Putin said that the toppling of states in those countries has left a power vacuum that was filled by "extremists and terrorists."

What's left to do now is to try to restore the central government in Libya and those in Iraq and Syria.

Putin said that in Syria, Russia is just looking to stabilize a country so terrorists won't then come back to Russia and cause damage.