Accessibility links
Blatter Says He's Cooperating With Inquiry, Will Remain As FIFA's Leader : The Two-Way Addressing new allegations of corruption, FIFA President Sepp Blatter says through his attorney that he won't step down and has "done nothing illegal or improper." 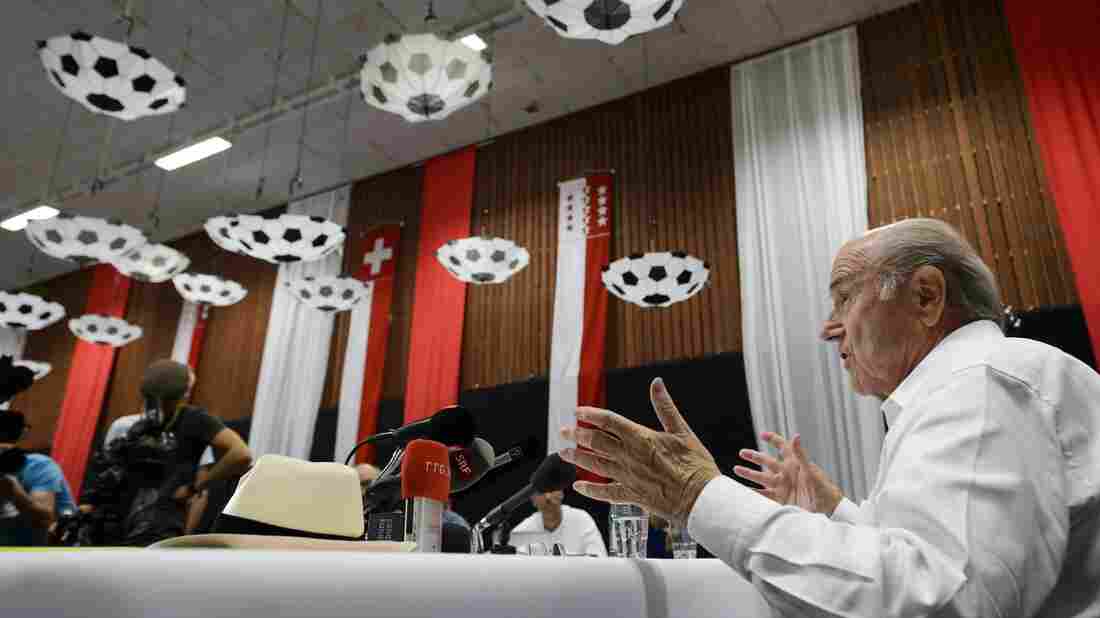 FIFA President Sepp Blatter, seen here in August, says he is cooperating with Swiss authorities and has done nothing illegal, in response to new allegations of corruption. Fabrice Coffrini /AFP/Getty Images hide caption 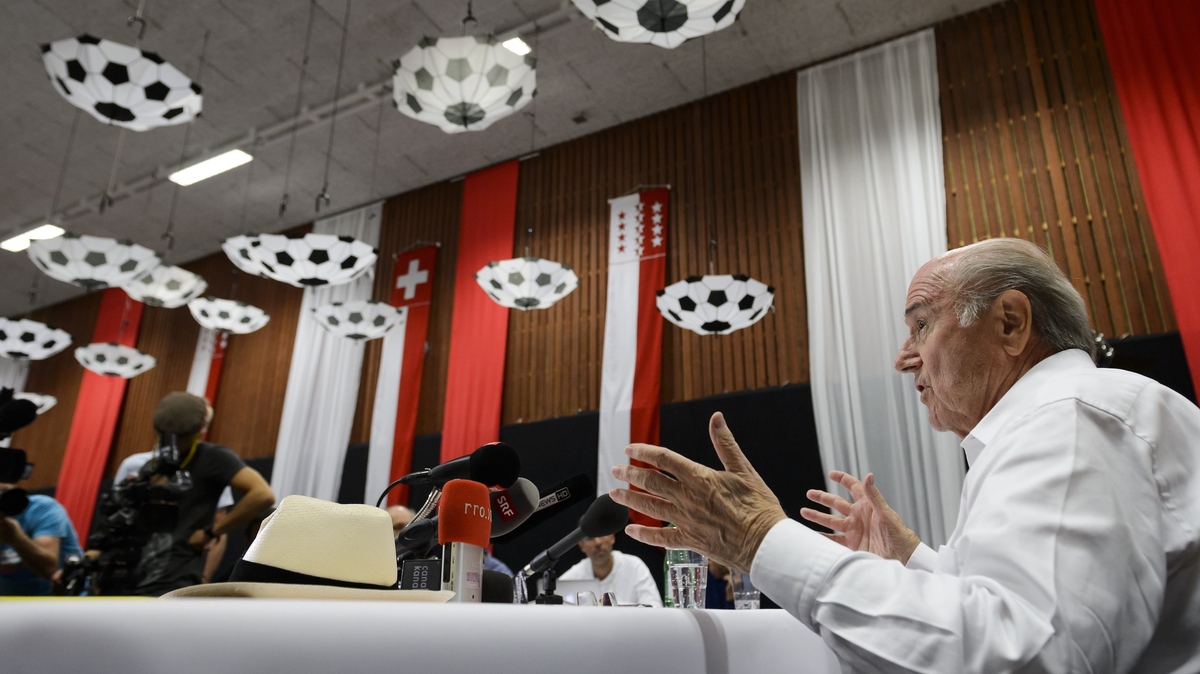 FIFA President Sepp Blatter, seen here in August, says he is cooperating with Swiss authorities and has done nothing illegal, in response to new allegations of corruption.

Days after he was named the subject of a criminal investigation, FIFA President Sepp Blatter says he won't step down from soccer's governing body. In a statement released by his lawyer, Blatter says he has "done nothing illegal or improper."

In the statement to the media, Blatter's attorney, Richard Cullen, said the FIFA head has spoken with Swiss authorities about allegations that he made an improper payment to another of soccer's leading figures – Michel Platini, the president of UEFA (Europe's governing body).

That $2 million payment was made in 2011, several months before Blatter was reelected to his fourth term as FIFA's president. Today, Blatter said Platini "had a valuable employment relationship with FIFA serving as an adviser to the president beginning in 1998."

Blatter also said that the payment was properly accounted for in FIFA's books, including its Social Security withholding.

Swiss officials said Friday that they were investigating Blatter "on suspicion of criminal mismanagement as well as — alternatively — on suspicion of misappropriation."

The new inquiry is the most tangible sign yet of legal trouble for Blatter, who was voted to a fifth term as FIFA's president shortly after 14 of the organization's top officials were indicted on corruption charges in May.

In June, Blatter announced that he will resign from his post as FIFA's leader — but he is staying in office until early 2016, when FIFA holds a vote to choose a new president.