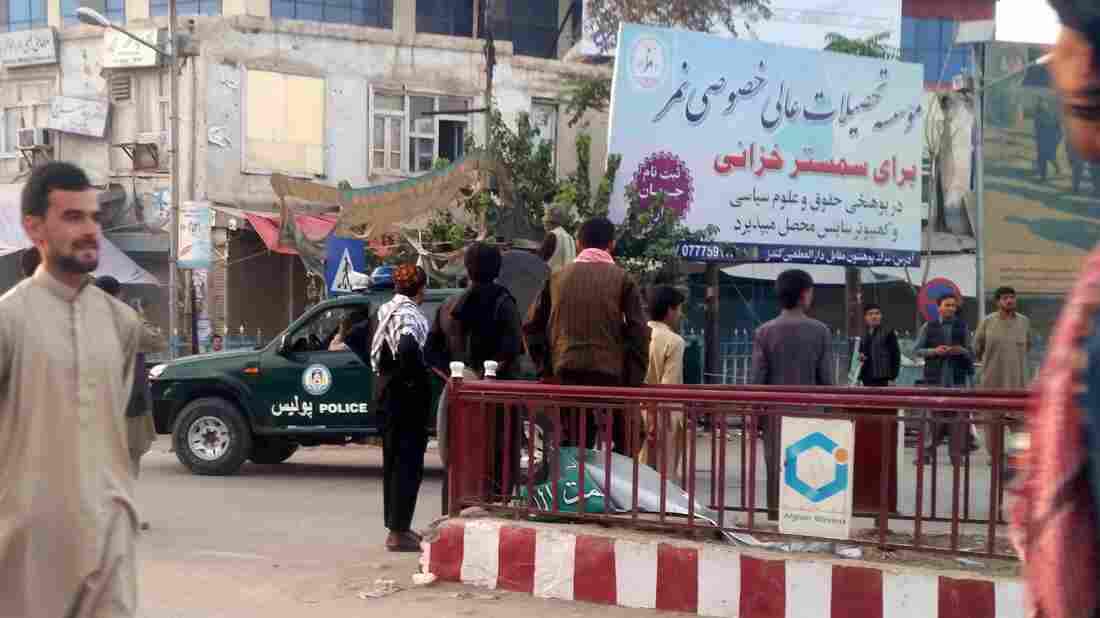 Alleged Taliban militants patrol on an Afghan police vehicle in Kunduz, Afghanistan. The Taliban is believed to have taken control of Kunduz, their first capture of a major urban area since the U.S. invasion of 2001. Stringer/EPA/Landov hide caption 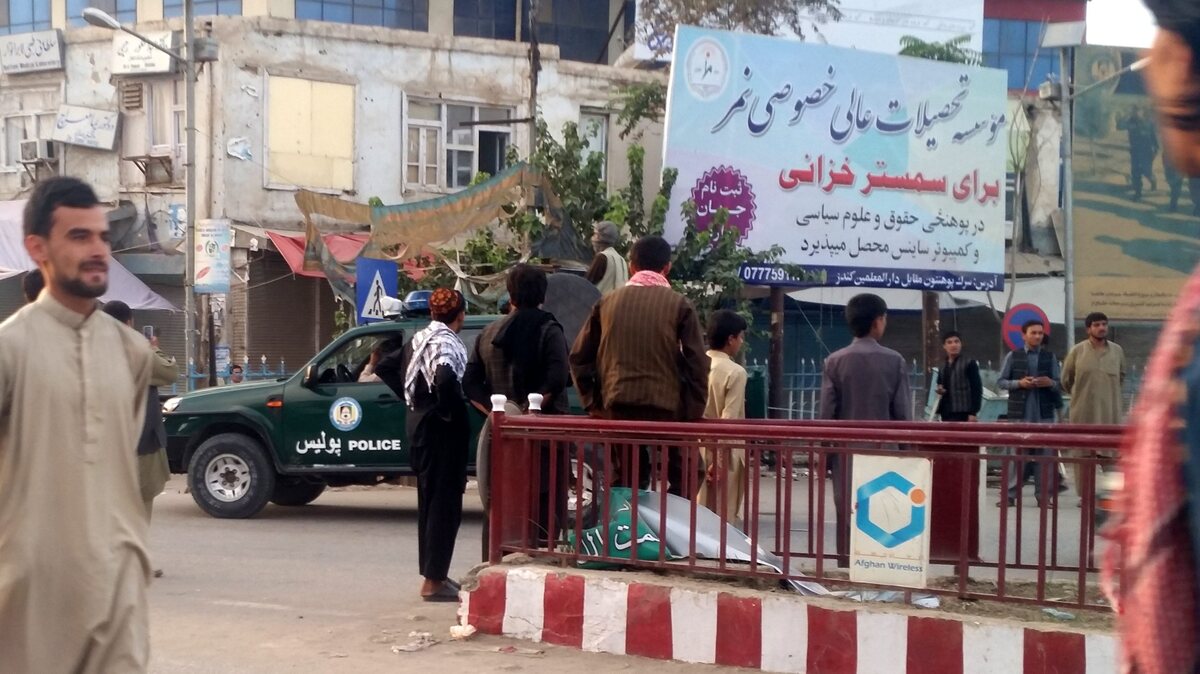 Alleged Taliban militants patrol on an Afghan police vehicle in Kunduz, Afghanistan. The Taliban is believed to have taken control of Kunduz, their first capture of a major urban area since the U.S. invasion of 2001.

Hundreds of Taliban militants stormed the Afghan city of Kunduz early Monday, reportedly taking control of a hospital, freeing hundreds of prisoners and advancing towards the city's airport.

In what appears to be a well-coordinated, multi-pronged attack, Taliban fighters converged from different directions, stunning security forces. The Associated Press reports this is "the first time insurgents have seized a major urban area since the 2001 U.S.-led invasion."

"More than 600 prisoners, including 140 Taliban fighters, were released from the city's jail, and many people were trying to reach the airport to flee the city.

" 'Kunduz city has collapsed into the hands of the Taliban,' Interior Ministry spokesman Sediq Sediqqi told the Associated Press. 'Security forces in Kunduz were prepared for an attack, but not one of this size, and not one that was coordinated in 10 different locations at the same time.'

"The Taliban used social media to claim the 'conquest' of Kunduz and reassure residents that the extremist group — responsible for the vast majority of nearly 5,000 civilian casualties in the first half of this year, according to the United Nations — came in peace."

Kunduz is one of Afghanistan's richest cities. It's also been a repeat target of Taliban attacks. The fall of Kunduz would represent a major setback for state forces that have had difficulty holding off insurgent fighters since the U.S. and NATO took on more of a support role in Afghanistan last year.

This is just the latest in a series of clashes between insurgents and government fighters in the northeastern province, CNN reports.

"The Taliban claimed to have seized a 200-bed hospital, posting photos to social media that they claimed proved their control of the facility. [Kunduz province police spokesman Sayed Sarwar Hussaini] denied claims that the insurgents held any government buildings.

"Taliban forces were firing heavy weapons indiscriminately throughout the city, leading to dozens of civilians being wounded or killed, Sediqqi told CNN."

NPR's Phillip Reeves speaking on All Things Considered Monday said the attack is being seen as a "major test" for the Afghan government who is mounting a response.

"They are saying that the situation is 'fluid,' and that they sent in reinforcements. It's yet to be seen whether those reinforcements will be effective. This is a major test for the government of President Ashraf Ghani, which is about to mark its first anniversary in power. You know, this is sold as being seen as the biggest breach of a provincial city in Afghanistan since the Taliban were thrown out of power."