Accessibility links
Tesla Unveils Its Model X, Complete With A 'Bioweapon Defense' Button : The Two-Way Tesla says the Model X is the safest and fastest SUV in history. Among its notable features are the "Falcon Wing doors" that lift upward instead of swinging outward — and a price upward of $130,000. 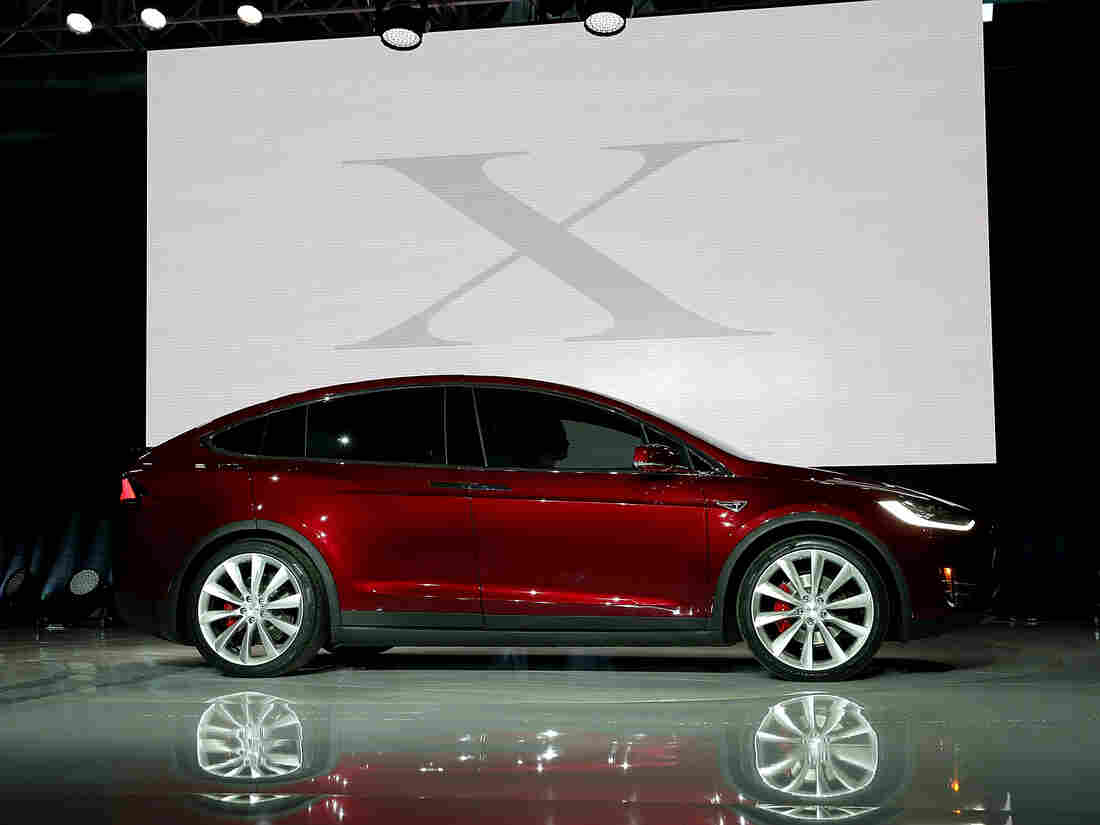 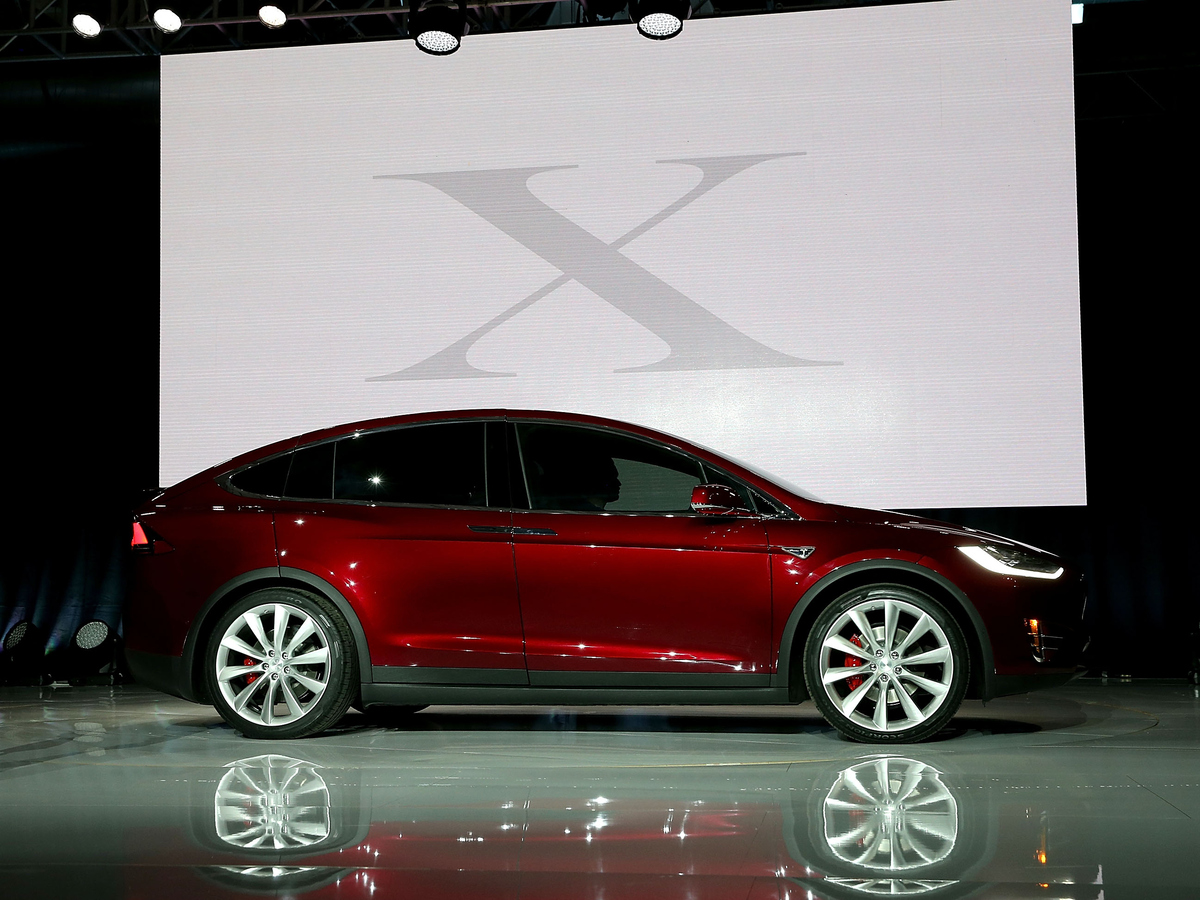 Tesla says the Model X can seat seven adults and go from zero to 60 miles per hour in 3.2 seconds.

CEO Elon Musk took the wraps off the all-electric SUV at an event near the Tesla factory in Fremont, Calif. As an added bonus, he gave keys to a handful of lucky customers who can now call themselves owners of one of the most sought-after vehicles.

Let's go over some of the vitals.

Tesla's website says the "Model X is the safest, fastest and most capable sport utility vehicle in history." It can seat seven adults and go from zero to 60 miles per hour in 3.8 seconds — 3.2 seconds with what the automaker calls "Ludicrous Speed Upgrade." It's also equipped with a 90 kilowatt-hour battery, which in layman's terms means the SUV can drive some 250 miles before its next charge.

But its most visually striking feature is the rear-seat "Falcon Wing doors" that lift upward instead of swinging outward. USA Today notes that one reason for the vehicle's delay was that Tesla wanted to ensure the doors worked properly. The newspaper adds: 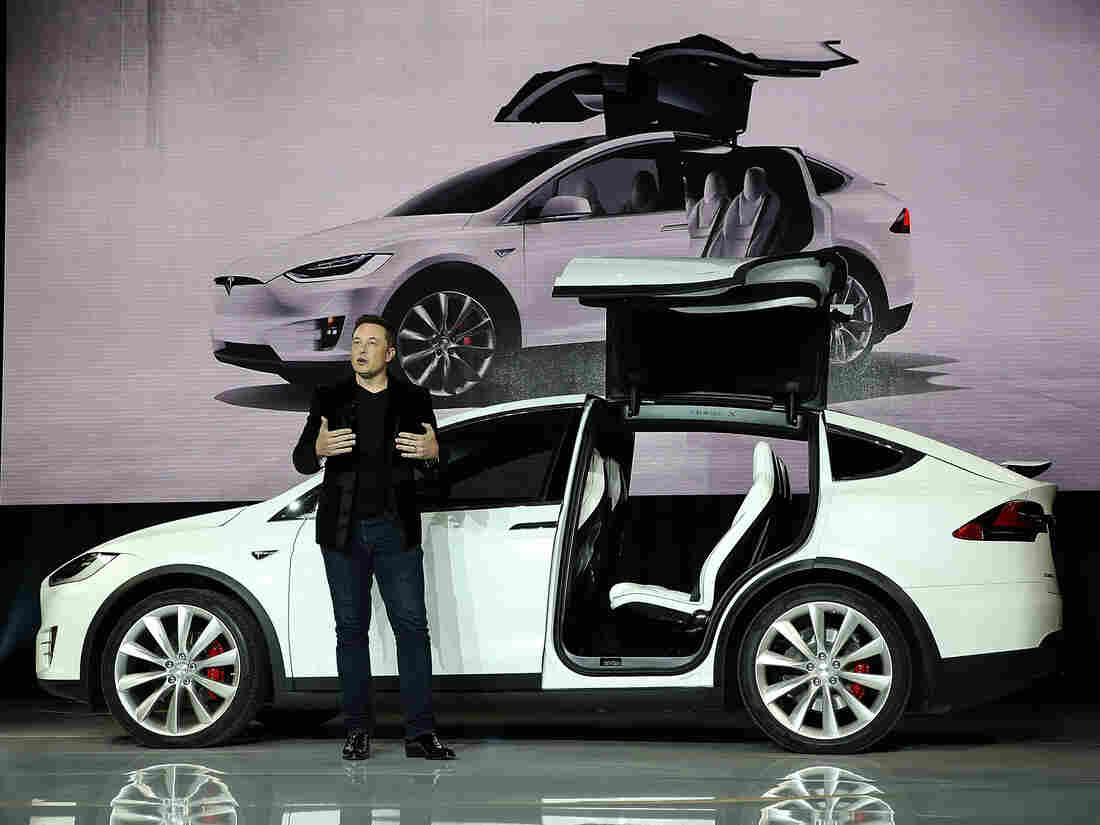 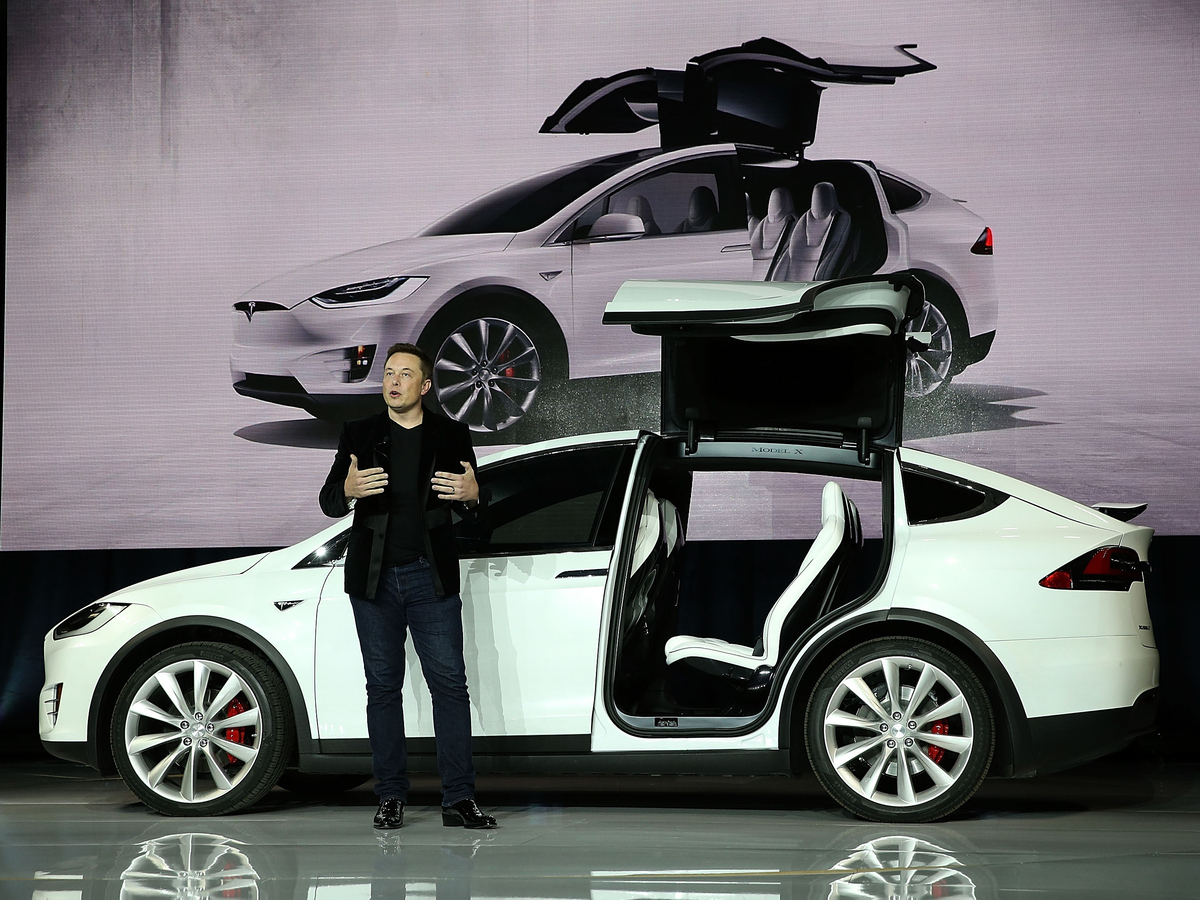 "It also comes with what Tesla describes as one of the largest windshields ever put on a vehicle. The windshield extends all the way past the top of the driver's head. Front passengers will get not only a panoramic view of the road, but of the trees and sky passing by."

Musk played up the Model X's safety features, saying it received a five-star rating from the National Highway Traffic Safety Administration. Automatic emergency braking and side-collision avoidance systems are standard. And then there's what Tesla calls "bioweapon defense mode," should drivers find themselves cruising along the highway in the midst of an Armageddon-type scenario.

But is the Model X — with a price upward of $130,000 — something that people will really want to drive? Here's how Wired answers that question:

"Although the X shares much of its DNA with the impressive Model S P90D sedan, in many ways it eclipses that phenomenal car. It's not just the design, which is futuristic without being weird. It's not just the performance, which is holy s [---] fast. And it's not even the dramatic "falcon" doors that lift like the wings of a bird.

It's how all of those features come together in a vehicle that somehow makes an SUV not just cool, but desirable."

Wired also says this vehicle is intended to show that the luxury automaker is more than a one-hit wonder.

Production is expected to kick into overdrive next year when Tesla ramps up production of both the Model X and S vehicles, according to the Los Angeles Times.

"Tesla expects sales to grow now that it has entries in what amounts to about 3% of the U.S. auto market. The electric car company expects to deliver about 50,000 vehicles this year — including sales in overseas markets.

"But Tesla anticipates that production will ramp up quickly next year. It projects manufacturing roughly 85,000 to 90,000 Model X and S vehicles next year. Analysts will be looking at the mix of vehicle sales to see if the Model X eats into sales of the flagship Model S."