Accessibility links
New York Police Department Announces New Use-Of-Force Rules : The Two-Way Police will be required to report every time they use force. A report by the department's inspector general concludes that the previous policy was vague and reporting standards were insufficient. 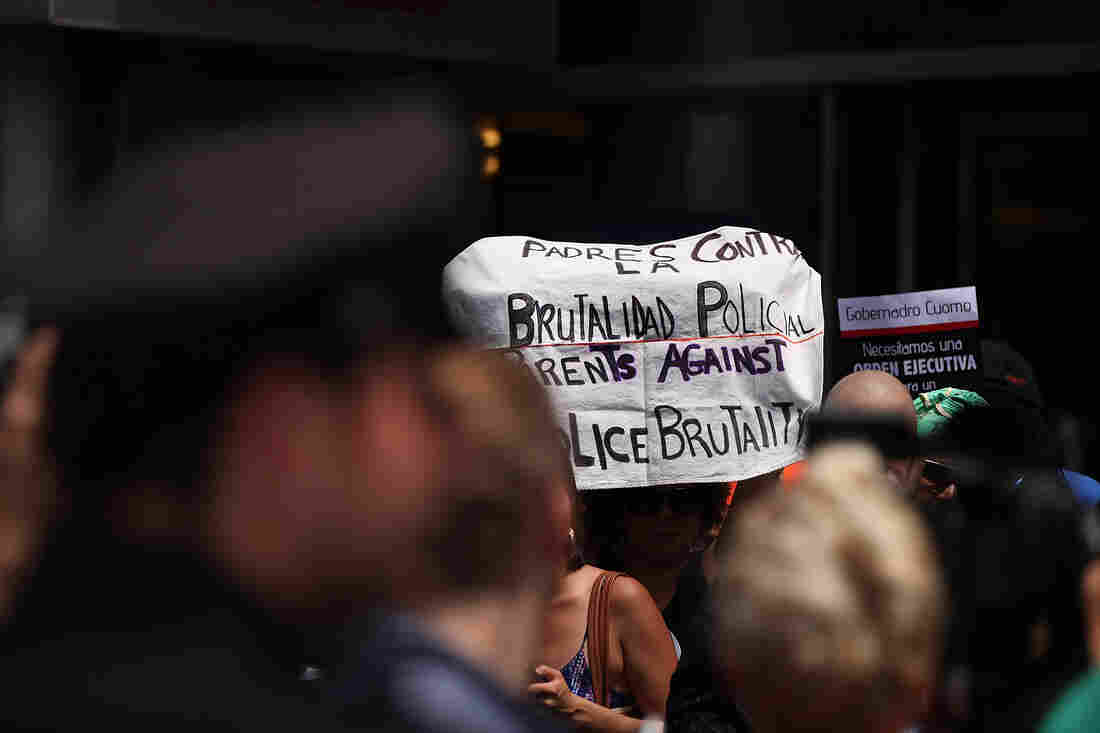 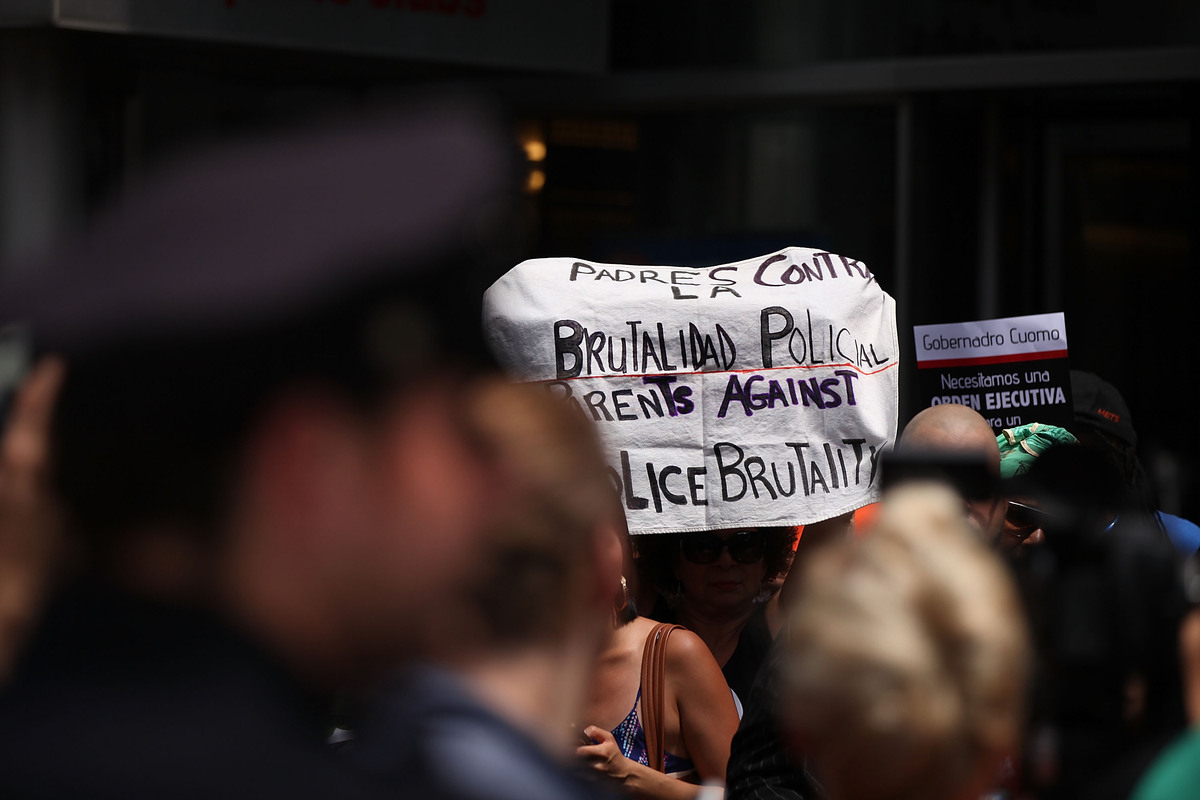 The new policy will establish new, explicit guidelines on when to use force and how to track those incidents.

"Under the new rules, officers will now have to detail every instance in which force is used, not only in an arrest but in other encounters with the public as well. The guidelines are part of a raft of NYPD reforms that come in the wake of several police encounters with black men and women that have drawn widespread criticism.

"The issue came to light again last month after former tennis star James Blake, in a case of mistaken identity, was tackled by an NYPD officer who had a documented history of civilian complaints."

The new rules come just as the department's inspector general made public a report taking a close look at 179 substantiated use-of-force cases.

The investigation found that the department "frequently failed to discipline officers who use force without justification." For example, 35 percent of cases where the IG found an officer used excessive force were resolved without any penalty for the officers involved.

Among other things, the investigation also found:

-- Current policy was vague on what "force" or even "excessive force" means.

-- Current guidelines do not "properly instruct officers to de‐escalate encounters with the public."

-- NYPD training does not "adequately focus on de‐escalation" of situations.

One of the things that the inspector general looked at was the race of the people against whom police used excessive force.

As in other studies before this investigation, the IG found that blacks and Hispanics are disproportionately targeted by police.

Here's a graphic showing just that: