Accessibility links
Vatican Details Pope's Meeting With Kentucky Clerk Kim Davis : The Two-Way Responding to a flood of interest, the Vatican says the private meeting shouldn't be seen as an endorsement of all of Davis' views. 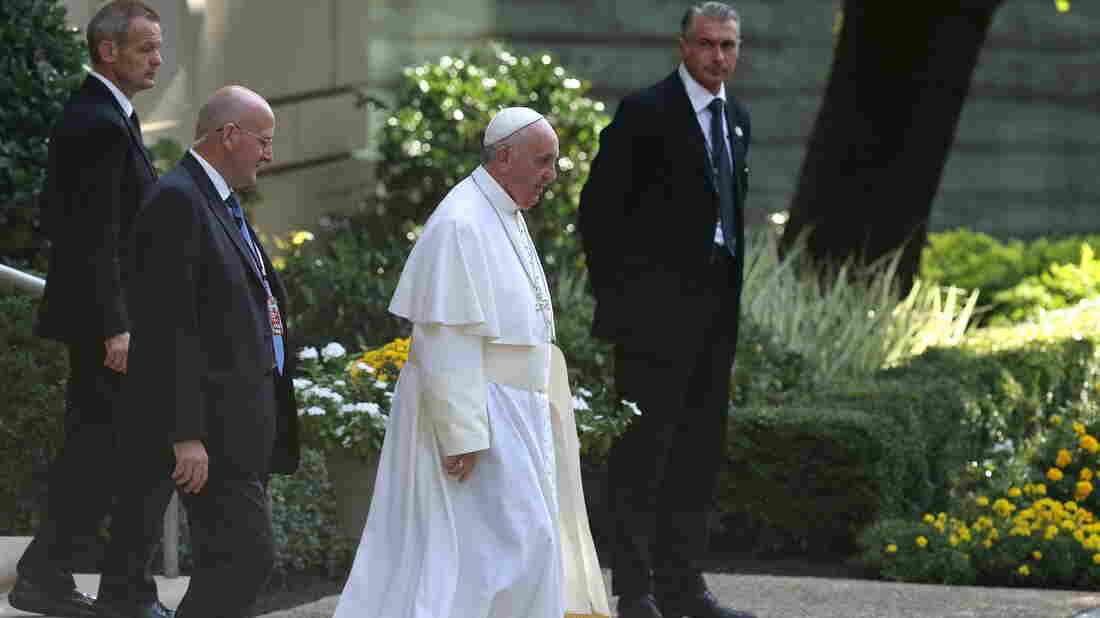 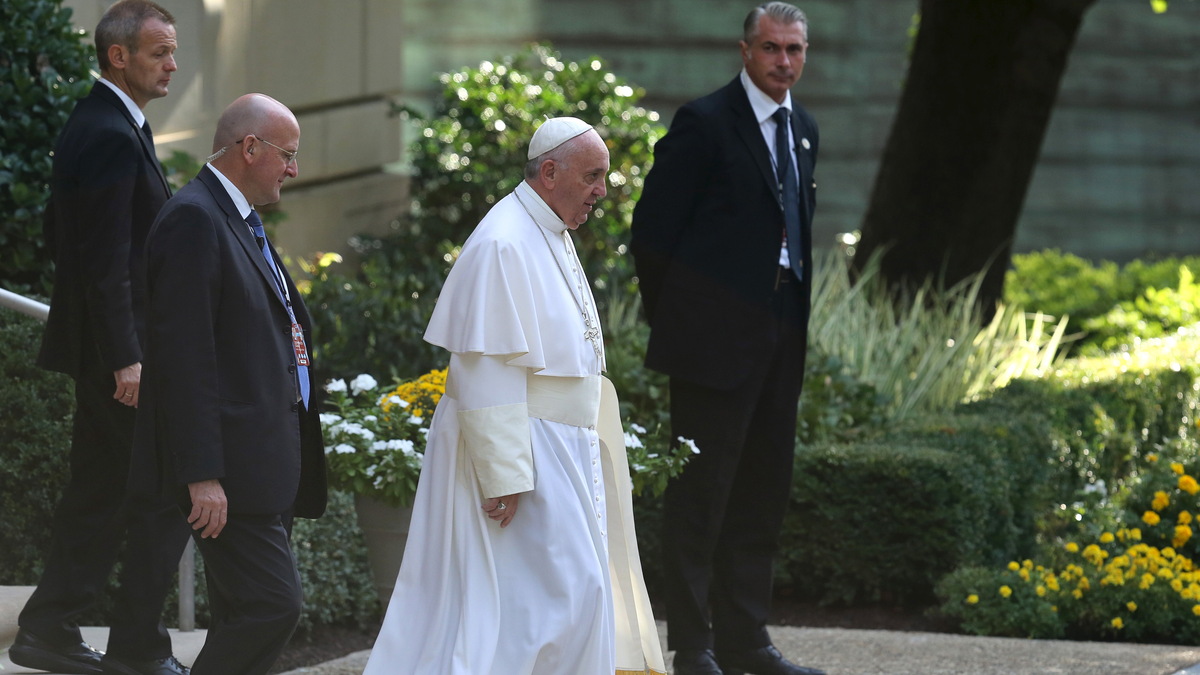 Responding to a flood of interest in the surprise revelation that Pope Francis met with controversial county clerk Kim Davis, the Vatican says the event shouldn't be seen as an endorsement of all of Davis' views. Davis has refused to issue marriage licenses to same-sex couples in Rowan County, Ky.

Davis was one of "several dozen" people the pope met at the end of his visit to Washington, D.C., the Vatican says.

News of the private meeting surfaced days after Francis and Davis met at the Vatican Embassy, opening a new prism through which to view a papal visit that had focused on issues such as climate change and immigration.

After the meeting, Davis told ABC News, "Just knowing the pope is on track with what we're doing, and agreeing, you know, kind of validates everything."

Acknowledging that the meeting has "continued to provoke comments and discussion," a Vatican spokesman, the Rev. Federico Lombardi, addressed the topic Friday, expanding on his earlier refusal to provide details.

"After issuing a tight-lipped statement that did not deny the Davis-Pope meeting took place, the Holy See spokesman today issued a statement saying several dozen persons had been invited to the Vatican Embassy last week to greet the pope as he prepared to leave for New York.

"The pope, the statement added, did not enter into the details of the situation of Davis, and his meeting with her should not be considered a form of support of her position in all of its particular and complex aspects.

"When news of the meeting broke after the pope's return to Rome, it had the appearance of having been furtive and contrasted with Francis' open and transparent style. It also cast a shadow over the pope's overwhelmingly successful visit to the United States."

Sylvia adds that the Rev. Thomas Rosica, English language assistant at the Holy See Press Office, says that Francis may not have understood "the impact" a visit with Davis might have in the U.S.; Rosica also says the group that included Davis was selected by the nunciature, the Vatican's diplomatic office in D.C.

On Wednesday, Davis and her legal team at the Liberty Counsel said the meeting had been brief, and that the pope had thanked Davis for her courage and told her, "Stay strong."

Davis, who is an an Apostolic Christian, said the pope gave her and her husband two rosaries, which they would give to Davis' parents, who are Catholic.

News of the meeting first emerged in the conservative magazine Inside the Vatican, which said it was "arguably, the most significant meeting, symbolically, of the entire trip."

The head of a group of LGBT Catholics says the meeting sends "a message that is very exclusionary to people who have been faithful to the church despite a lot of oppression."

Marianne Duddy-Burke, the leader of Dignity USA, said on Morning Edition on Thursday that before news of the Davis meeting surfaced, "there was a real sense of joy in the church, and inclusion, and I think many LGBT Catholics were pretty moved."

Duddy-Burke, who was invited to the White House's reception for Pope Francis, described her reaction to the news of the pope's time with Davis:

"I was totally shocked, and I actually heard from a lot of LGBT Catholics and supporters who originally could not believe that this was true. And then as the details came out, you know, there was just a huge sense of betrayal and outrage. One person wanted to have a big bonfire and burn pope memorabilia, you know — just a real sense that this pope, on whom so many people had pinned so much hope, would do something like this was seen as a real slap in the face."

From the Vatican's clarification issued Friday, here's Lombardi's full statement, which was released in both English and Italian:

"The brief meeting between Mrs. Kim Davis and Pope Francis at the Apostolic Nunciature in Washington, DC has continued to provoke comments and discussion. In order to contribute to an objective understanding of what transpired I am able to clarify the following points:

"Pope Francis met with several dozen persons who had been invited by the Nunciature to greet him as he prepared to leave Washington for New York City. Such brief greetings occur on all papal visits and are due to the Pope's characteristic kindness and availability. The only real audience granted by the Pope at the Nunciature was with one of his former students and his family.

"The Pope did not enter into the details of the situation of Mrs. Davis and his meeting with her should not be considered a form of support of her position in all of its particular and complex aspects."

A previous version of this post misspelled the name of the Rev. Thomas Rosica as Rossica.