Accessibility links
Doctors Without Borders: Kunduz Airstrike Was 'War Crime' : The Two-Way A hospital was hit while U.S. forces were conducting an airstrike in the Afghan city; the aid group says 22 people were killed. NATO has said it will conduct an investigation into the attack. 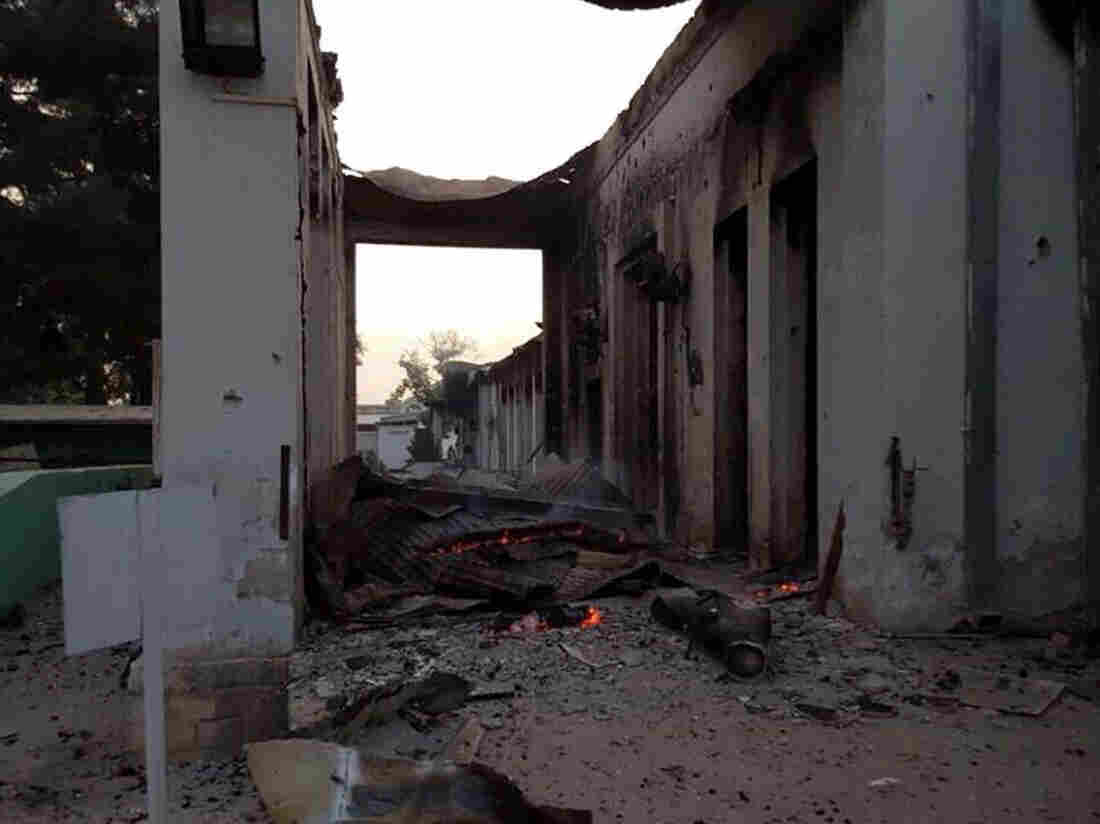 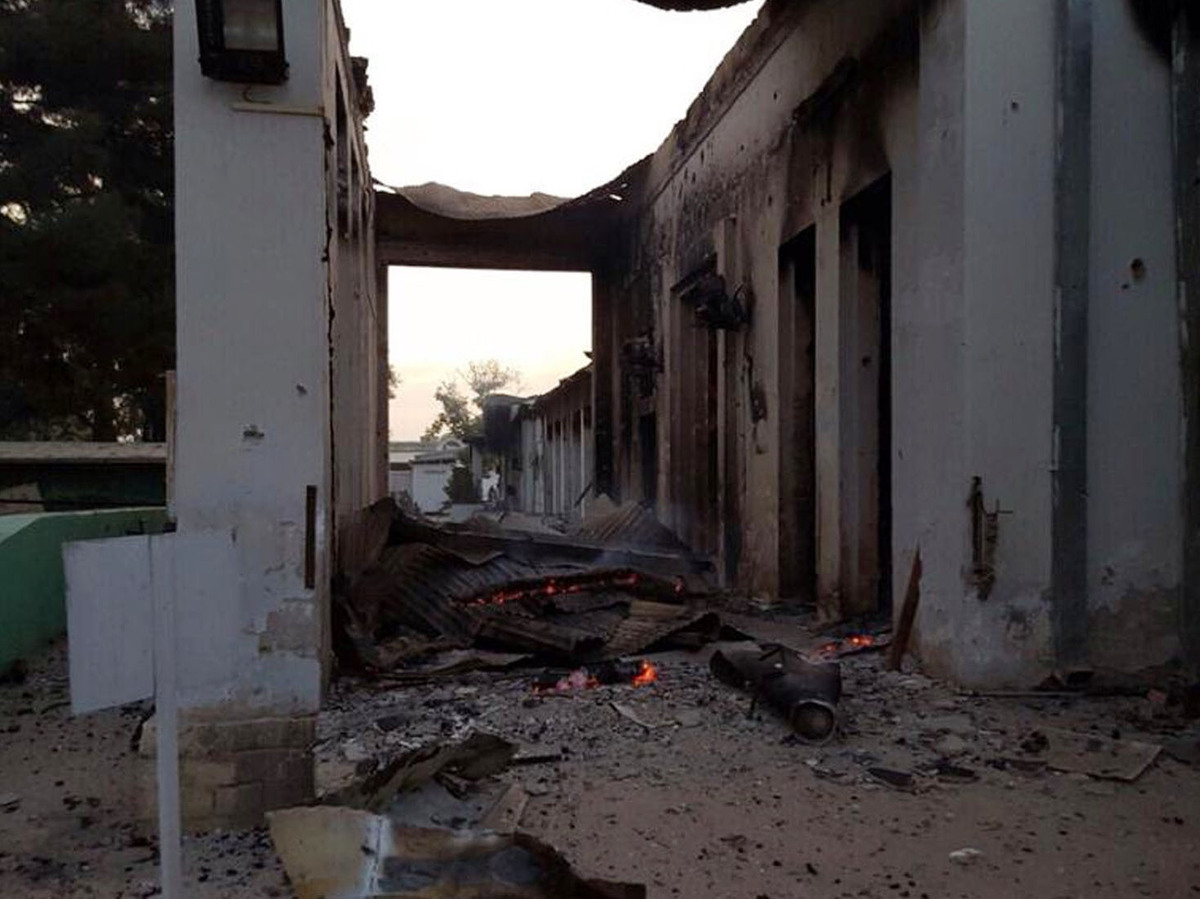 NATO in Afghanistan says it will lead an investigation into an airstrike in Kunduz this weekend that hit a Médecins Sans Frontières hospital, killing 22 people — an attack that the humanitarian organization, also known as Doctors Without Borders, has called "a war crime."

A U.S.-led airstrike on the northern Afghan city was carried out Saturday, but the circumstances surrounding it remain murky. NATO acknowledges only that the raid occurred near the charity's hospital.

As we reported yesterday, a spokesman for U.S. forces in Afghanistan released a statement saying that the strike "may have resulted in collateral damage to a nearby medical facility."

The NATO coalition says it "has directed a preliminary multinational investigation known as a Casualty Assessment Team." It says that an initial investigation would be complete in "a matter of days."

"Additionally, the U.S. military has opened a formal investigation, headed by a General Officer, to conduct a thorough and comprehensive inquiry," it said in a statement.

But MSF's General Director Christopher Stokes, saying in a statement that the group operates "[under] the clear presumption that a war crime has been committed," insisted that anything less than a fully independent probe of the incident would be unacceptable.

"Relying only on an internal investigation by a party to the conflict would be wholly insufficient," Stokes said.

"We reiterate that the main hospital building, where medical personnel were caring for patients, was repeatedly and very precisely hit during each aerial raid, while the rest of the compound was left mostly untouched. We condemn this attack, which constitutes a grave violation of International Humanitarian Law," he said.

In an interview on Sunday's Weekend All Things Considered, MSF Executive Director Jason Cone said it has been the "darkest couple of days in our organization's history."

"This was a known structure, and for that reason we have to presume until otherwise that this act is both a grave violation of humanitarian law, and can rise to the level of a war crime until we have an independent investigation that tells us otherwise," he said.

Article 147 of the Fourth Geneva Convention (1949) defines a war crime as "willful killing." However, the International Committee of the Red Cross (ICRC) says that "cases in which protected persons are killed as a result of acts of war — for example, the bombardment of a civilian hospital — are more difficult to class as [willful] killing: the question is left open."

Answering an earlier claim by Afghanistan's interior minister that "terrorists" had been taking refuge in the hospital, Cone fired back:

"We do not run hospitals around the world allowing combatants to enter our facilities and militarize them," he tells NPR. "That would be a red line for us. It puts both our patients and our staff at risk, and we would never accept that under any circumstances."

Kunduz, which briefly fell to the Taliban last week before a government counteroffensive, is reportedly experiencing a growing humanitarian crisis. Even so, MSF says it has all but abandoned its Kunduz hospital in the wake of the attack.

"All critical patients have been referred to other health facilities, and no MSF staff are working in our hospital," Kate Stegeman, the communications manager for MSF, was quoted by The Associated Press as saying.

"Some of our medical staff have gone to work in two hospitals where some of the wounded have been taken," she said.