Accessibility links
American Apparel, Best Known For Racy Ads, Files For Chapter 11 Bankruptcy : The Two-Way The retailer says it has a reorganization agreement with 95 percent of its secured lenders. The company has struggled since last year's ouster of its founder and chief executive officer Dov Charney. 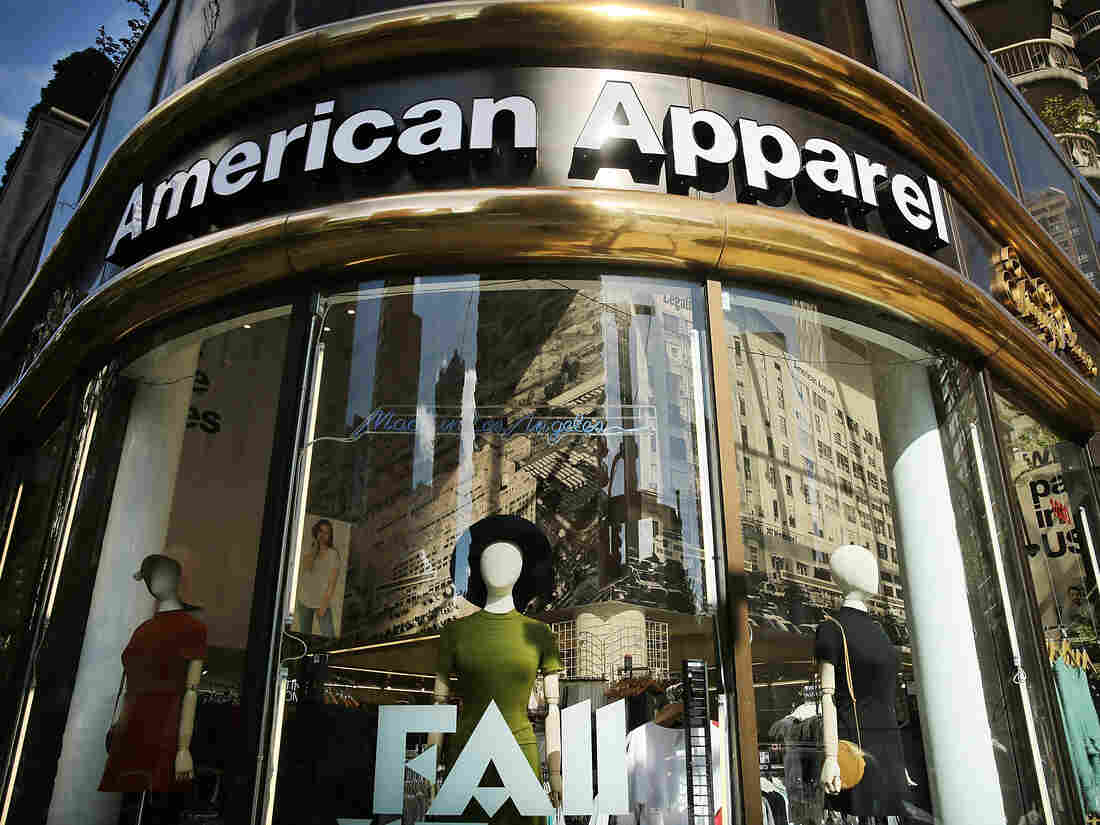 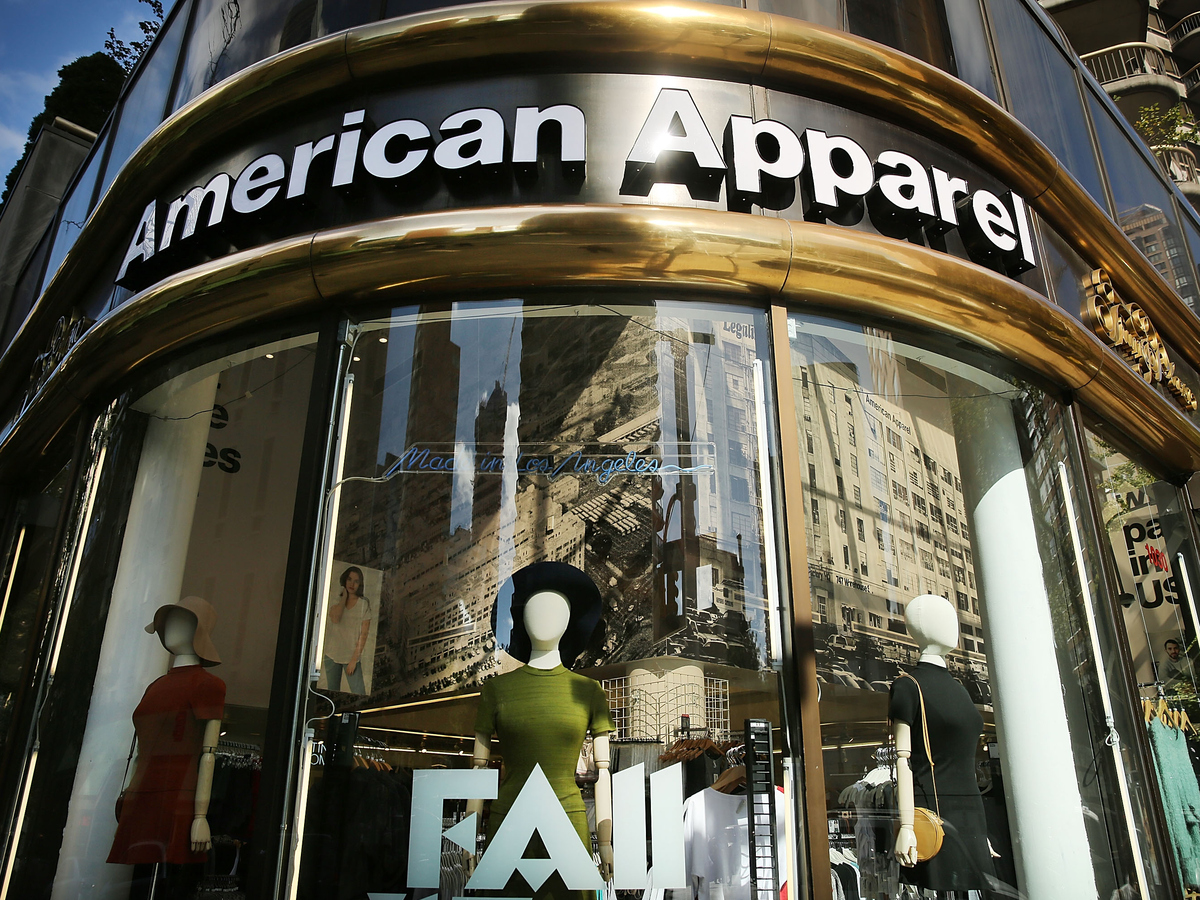 American Apparel has filed for Chapter 11 bankruptcy protection nearly a year after the ousting of founder and CEO Dov Charney.

The made-in-the-U.S.A. clothing chain announced it had reached an agreement with 95 percent of its secured lenders to put in place what it is calling "a comprehensive transformation strategy to revitalize the business and brand." The company says it will keep production and operations in the U.S.

The restructuring agreement, which the company says has been approved by its board of directors, will drastically reduce American Apparel's debt and interest payments by eliminating more than $200 million of its bonds in exchange for equity interests in the reorganized company.

"This restructuring will enable American Apparel to become a stronger, more vibrant company. By improving our financial footing, we will be able to refocus our business efforts on the execution of our turnaround strategy as we look to create new and relevant products, launch new design and merchandising initiatives, invest in new stores, grow our e-commerce business, and create captivating new marketing campaigns that will help drive our business forward."

The Los Angeles-based company has been struggling since last year's public ouster of its founder and chief executive officer. And NPR business correspondent Yuki Noguchi tells our Newscast unit:

"American Apparel made its name with its basic cotton T-shirts and tank tops and its edgy, sexualized advertising. But the Los Angeles-based company has a large real estate footprint, and its sales have been in decline. Last year, the company also contended with a messy struggle to oust its founder and chief executive, Dov Charney. The company is trying to restructure with the backing of its creditors who would put up new capital. The company says the filing will not affect its retail operation, but it did not say whether it would eventually close stores."

As the Two-Way reported last year, the board of American Apparel voted to replace Charney in the wake of allegations against him. As we reported at the time, the company did not provide details of the complaints, but Charney had been the target of lawsuits alleging sexual misconduct.

USA Today reports that since his removal as CEO, Charney has sued American Apparel. The publication also reports the company has not held up well in the face of other competitors vying for young consumers.

"American Apparel, which flirted with bankruptcy as early as 2011, has about 8,500 employees at six factories and 230 stores in the U.S. and 17 countries. The company famously bet its business model on clothing made in the U.S.

"The company said in a court filing that it plans to shed unprofitable stores, though it did not identify how many.

"American Apparel has slumped in competition with agile retailers such as H&M and Forever 21 that have appealed to Millennial consumers with cheaper, more fashionable products."