Accessibility links
18 Dams Breached And Death Toll Rises In S.C. Flooding : The Two-Way As he announced those conditions this morning — and showed a live picture of downtown Columbia under sunny skies — TV meteorologist Tim Miller got a bit emotional. 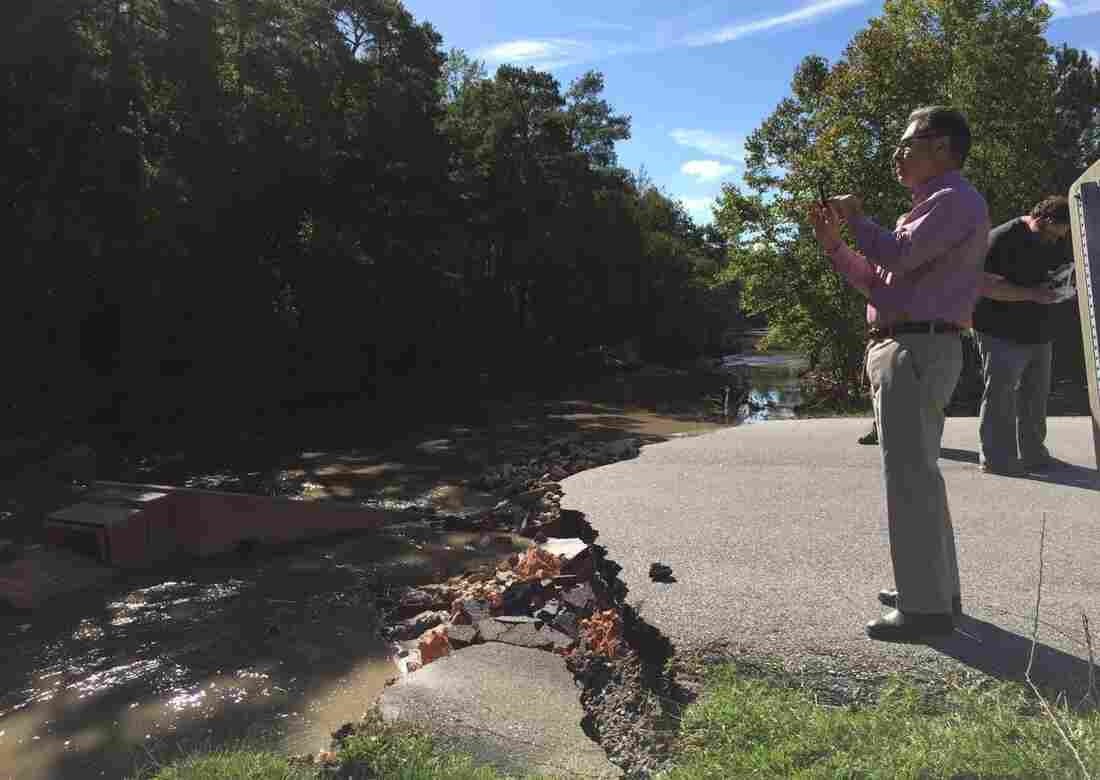 People survey the Carys Lake dam and bridge in Columbia, S.C., Tuesday. The dam was washed away after surging waters swept through the area. Farther downstream, Forest Lake overspilled its dam and flooded other parts of the Columbia suburbs. Tim Fitzsimons/NPR hide caption 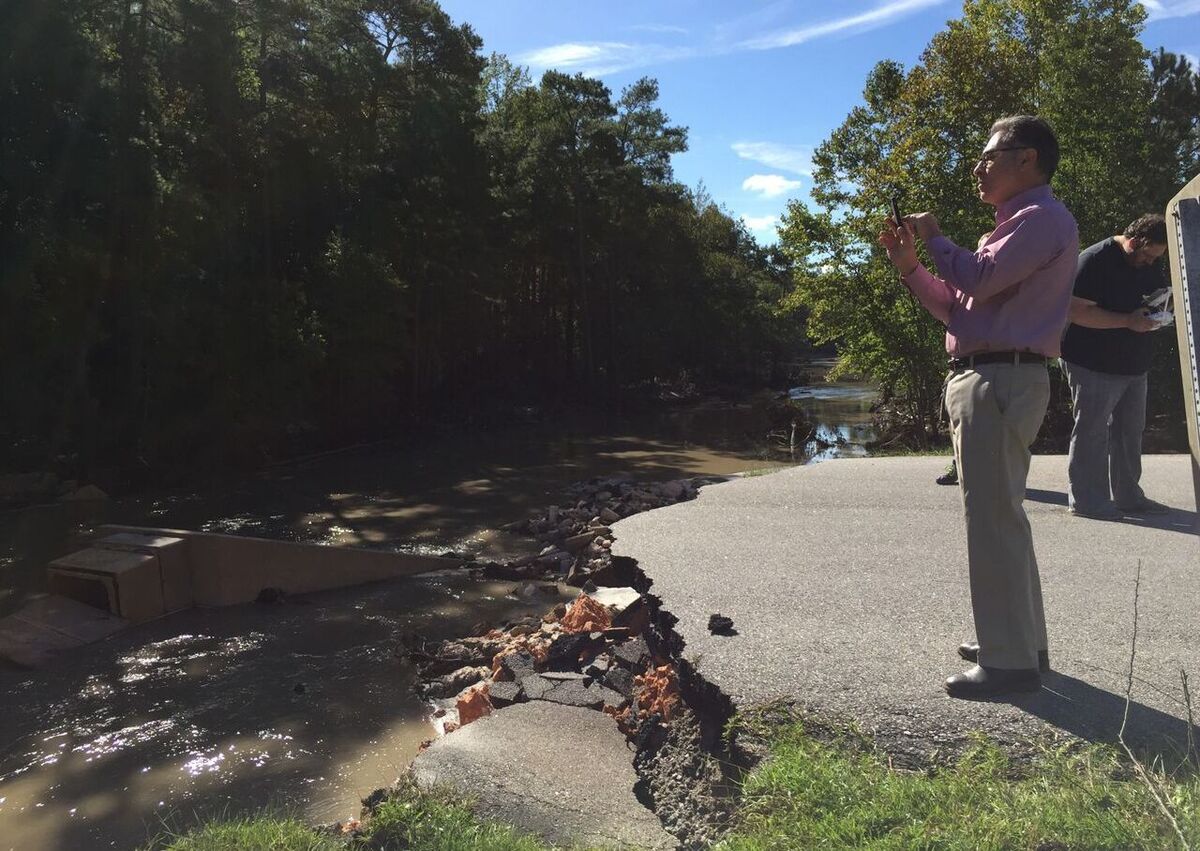 People survey the Carys Lake dam and bridge in Columbia, S.C., Tuesday. The dam was washed away after surging waters swept through the area. Farther downstream, Forest Lake overspilled its dam and flooded other parts of the Columbia suburbs.

The sun was shining in South Carolina Tuesday, but people are still trying to recover from heavy rains that caused 18 dams to breach or fail in the state. Since severe flooding began over the weekend, at least 16 deaths have been reported, including two people who died in North Carolina.

Nearly 300 roads and 166 bridges in South Carolina are closed, according to SC Educational TV, and officials are urging people to stay off roads. Rescue teams are still working to help survivors and recover victims.

"You've had homes flooded, major intersections flooded out, that people have never seen happen before. You've had standing water in yards, cars underwater — that's been pretty much the legacy of this storm," environment reporter Sammy Fretwell of The State newspaper told Morning Edition.

Fretwell adds that shortly after water levels had receded in Columbia on Monday, an earthen dam failed, bringing more water into soaked areas. Officials are monitoring more dams out of fear that they might breach.

Gov. Nikki Haley toured the disaster zone by helicopter on Tuesday. Afterward, she described it as "disturbing."

"God smiled on South Carolina, because the sun is out," Haley said at a news conference Tuesday morning. "But we still have to be cautious: The next 36 to 48 hours are going to be a time that we need to continue to be careful."

Haley also said that her request for a major disaster declaration, made Monday, has been approved by the White House. 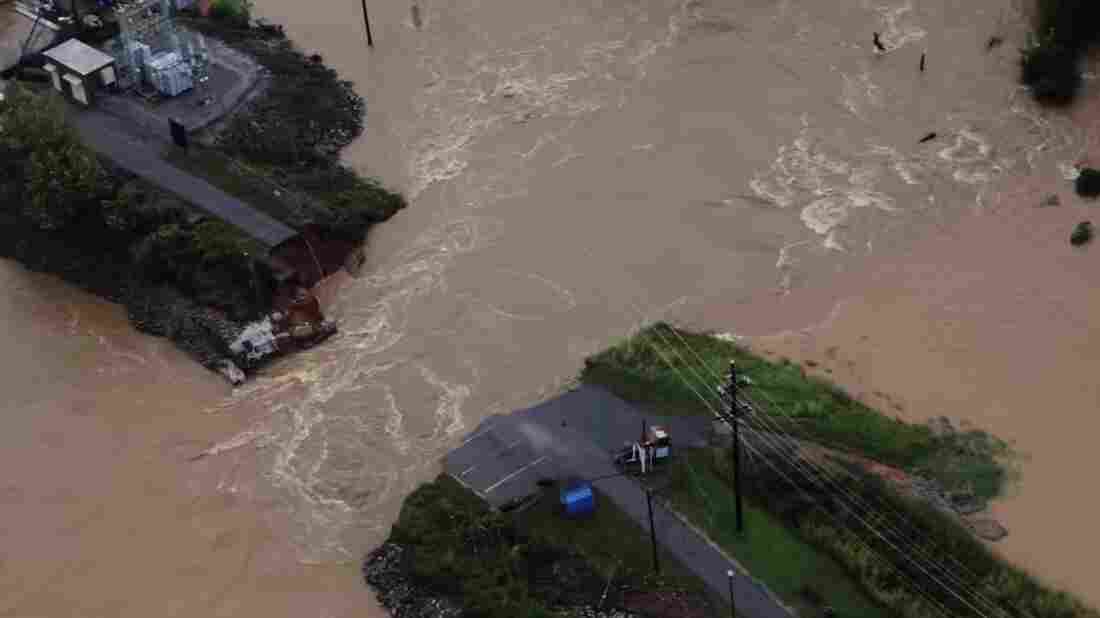 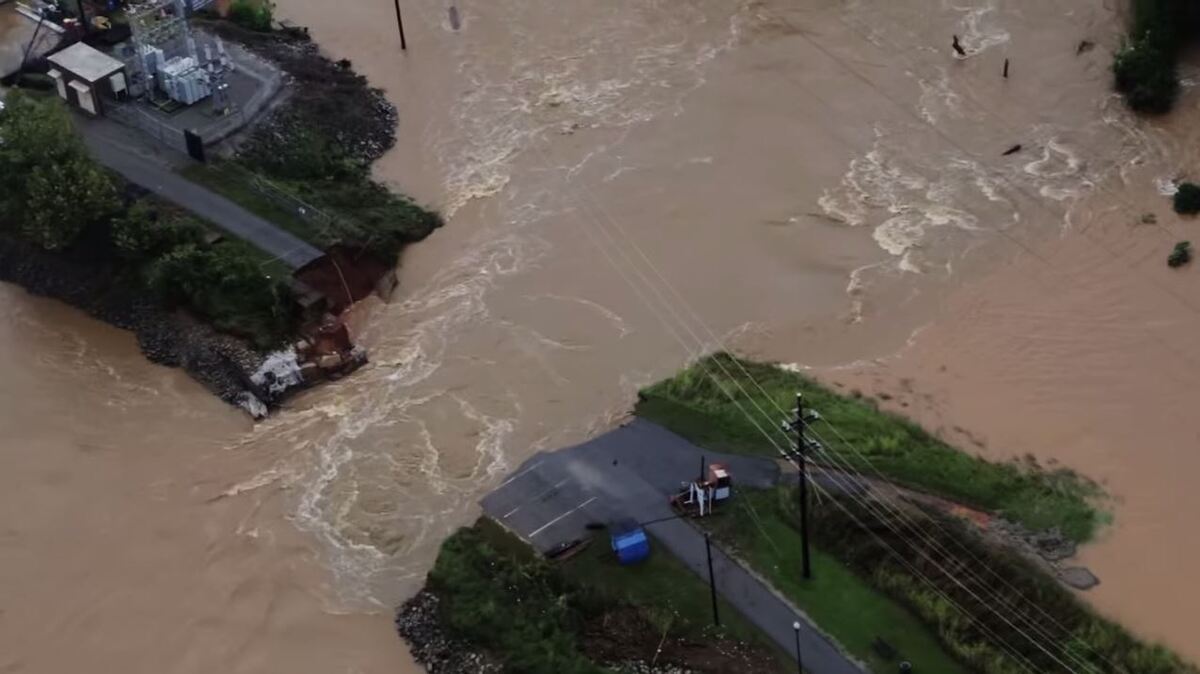 An image from aerial footage of flood damage in South Carolina.

Broad swaths of the South Carolina midlands are now under flood warnings that don't expire until late this week. WIS TV 10 reports that in one central area where the flood stage is 19 feet, the water has now crested at 28 feet and it will stay at that level through Thursday.

As he announced those conditions Tuesday morning — and showed a live picture of downtown Columbia under sunny skies — the TV station's meteorologist Tim Miller got a bit emotional.

"Well, how about that," Miller said before backing off-camera for a moment. He added, "I, I don't know what to say. Sunshine. That's amazing."