Accessibility links
Oklahoma Removes Ten Commandments Monument From The State Capitol : The Two-Way The state's highest court had ordered its removal this summer. But the argument over the monument's propriety had been simmering for years. 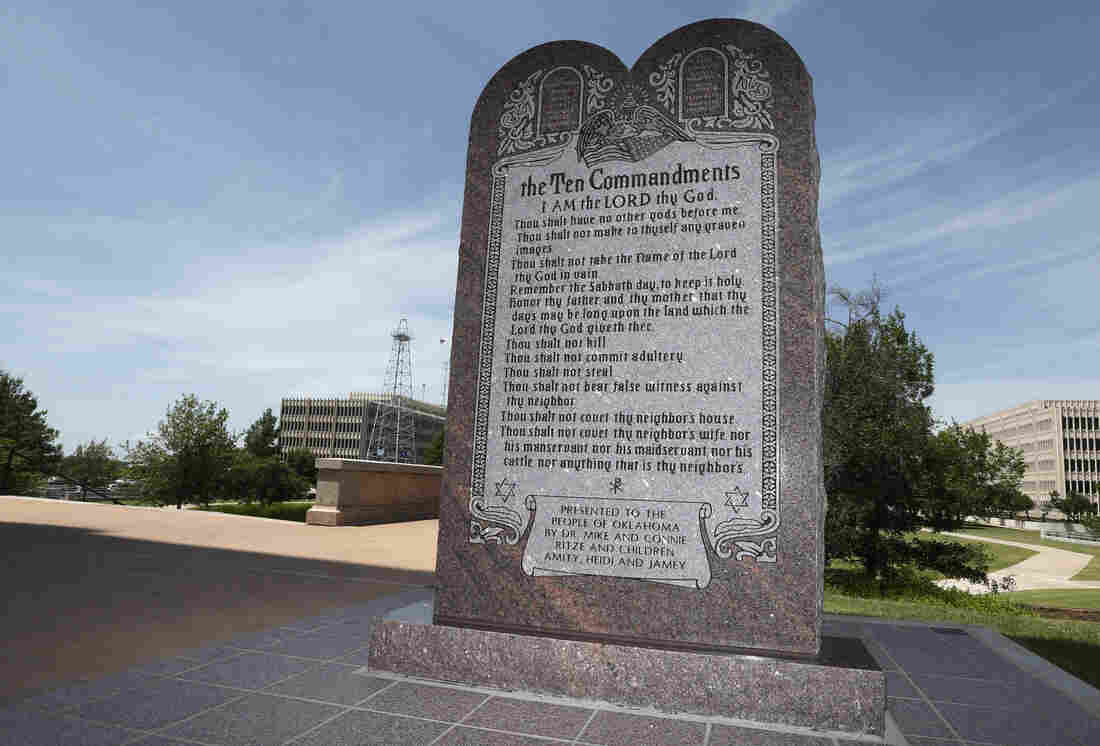 The Ten Commandments monument that used be at the state Capitol in Oklahoma City. Sue Ogrocki/AP hide caption 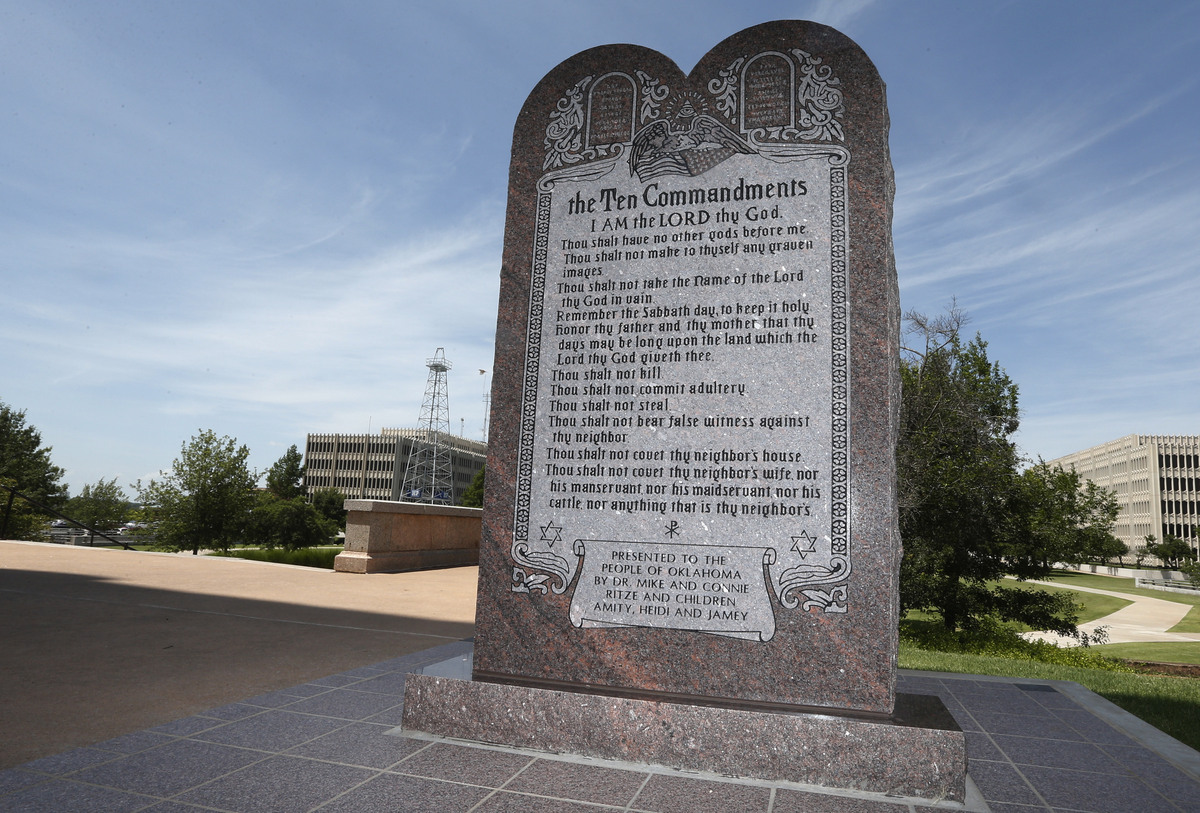 The Ten Commandments monument that used be at the state Capitol in Oklahoma City.

Under the cover of darkness and using a crane, workers removed a 6-foot granite structure from the grounds of the Capitol in Oklahoma City.

The Ten Commandments monument has been the subject of controversy and debate for years. Back in June, the state Supreme Court decided that the religious display on public property violated the Constitution.

At the time, angry lawmakers even threatened to impeach the high court justices.

But Monday night, the controversy came to a detente. The AP reports:

"The state is paying the contractor about $4,700 to remove the monument and take it to the Oklahoma Council of Public Affairs' offices a few blocks away, Office of Management and Enterprise Services spokesman John Estus said. ...

"Originally authorized by the Republican-controlled Legislature in 2009, the privately funded monument has been a lightning rod for controversy since it was erected in 2012, prompting a lawsuit from Bruce Prescott, a Baptist minister from Norman who complained it violated the state constitution.

The Daily Oklahoman reports that it cost about $5,000 to remove the monument.

"The monument will be on loan to the OCPA, a public policy analysis organization, which will be responsible for any costs associated with it while it is on their property. It is being installed there with private funds."