Accessibility links
South Carolina Braces As Threat Of New Flooding Looms : The Two-Way As the waters in the overflowing river make their way toward the Atlantic Ocean, there are fears of new flooding along the coast. 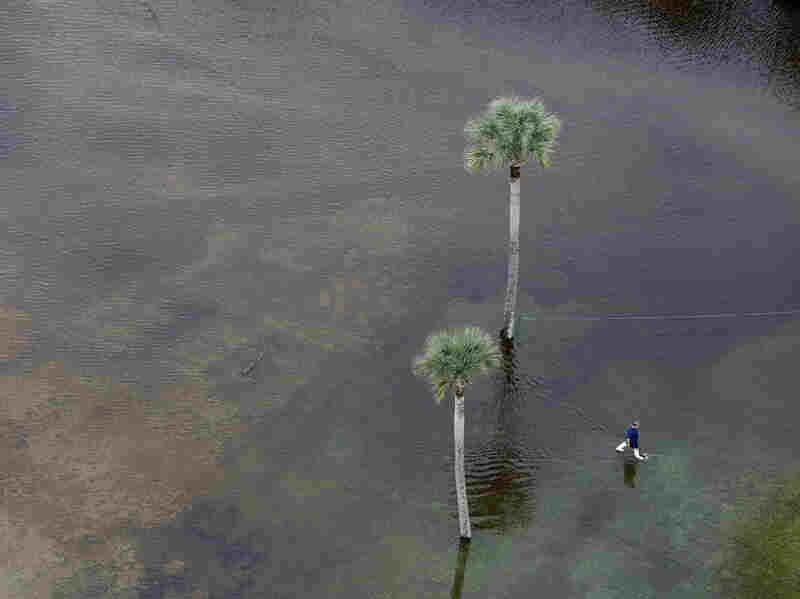 A man makes his way through floodwaters in a parking lot on Isle of Palms, S.C., on Monday. Mic Smith/AP hide caption 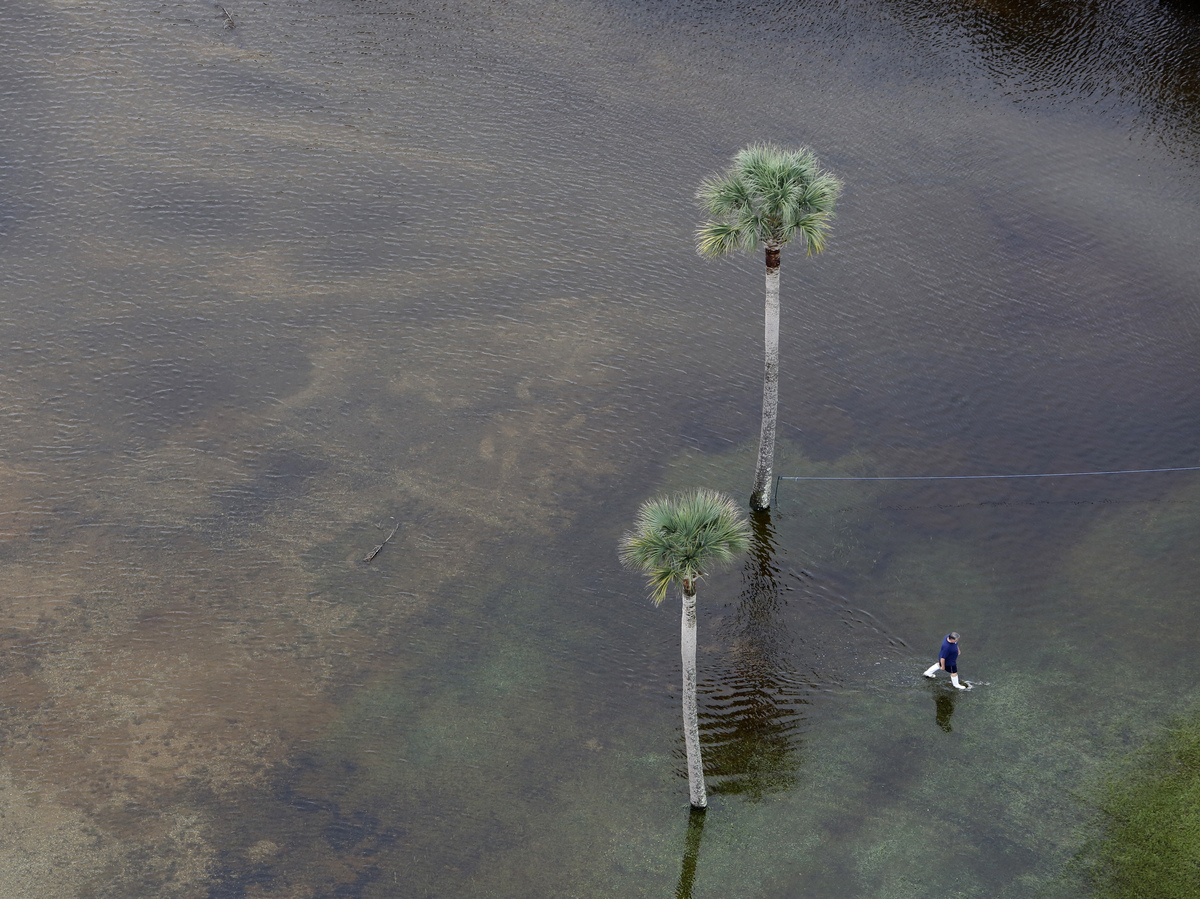 A man makes his way through floodwaters in a parking lot on Isle of Palms, S.C., on Monday.

The rain has stopped in South Carolina, but for people living along the coast, the worst of the flooding could still be ahead.

The floodwaters have not receded and as the water in the swollen rivers flow toward the ocean, more damaging high waters are expected.

" 'We have been through this entire process, pre-positioning 48 hours in advance, so we are constantly 48 hours ahead of what's going to happen,' Haley said. 'We have done that, so a lot of that positioning of groundsmen and crew workers and first responders are already there, ready. It's not over yet.' "

According to the National Weather Service, a flood advisory issued Wednesday morning is in effect until Friday morning.

Also on Wednesday morning, more than 1,000 residents near the state capital, Columbia, were ordered to evacuate while workers tried to reinforce the Beaver Dam. Crews were able to shore up the dam and the evacuation order was lifted.

But residents remain on edge. Divers are searching for two more people who went missing in the floodwaters after driving a pickup truck around a barricade on a washed-out road, the Associated Press reports. The death toll has reportedly reached 17, including two people in North Carolina.

Andy Shain, who is covering the flooding for The State newspaper in Columbia, told Here & Now that there was as much rain on Sunday as in the previous three months combined.

"At the moment we have 411 roads closed in South Carolina; 129 have been washed out," he said, adding that the work needed to rebuild infrastructure will be immense, though so far no dollar amount has been estimated for the repairs.