Accessibility links
ACLU Sues Benton County, Wash., For Operating 'Modern-Day Debtors Prison' : The Two-Way The lawsuit would protect people like Jayne Fuentes — who can't afford to pay mounting court fines and fees — from being sent back to jail if they are homeless, unemployed or just out of prison.

After years of drug addiction, Jayne Fuentes feels she's close to getting her life back on track, as long as she doesn't get arrested again — but not for using drugs. She fears it will be because she still owes court fines and fees, including hundreds of dollars for her public defender.

Fuentes hopes to change that. She's one of three plaintiffs in a lawsuit filed this week by the American Civil Liberties Union of Washington, charging that Benton County, Wash., where she lives, "operates a modern-day debtors' prison." 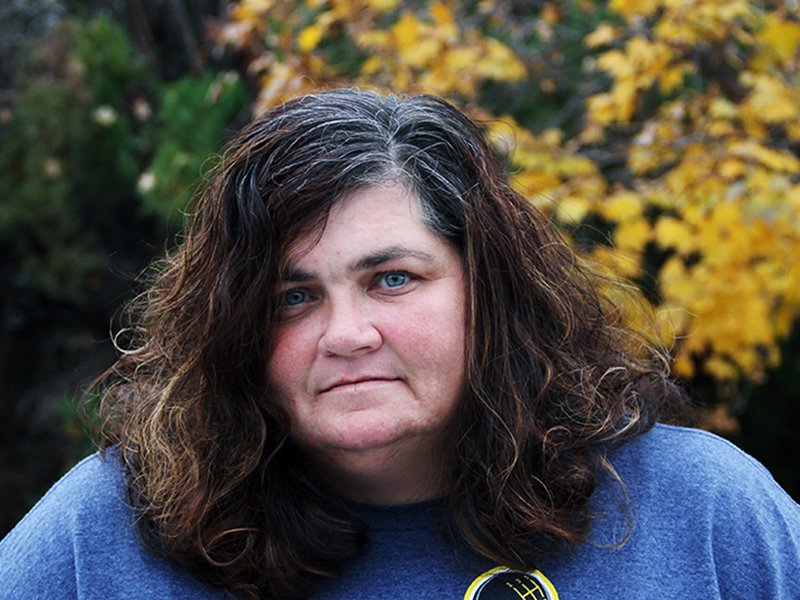 Jayne Fuentes is one of three plaintiffs in a lawsuit accusing Benton County of having "modern-day debtors' prisons." Courtesy of the ACLU of Washington hide caption

toggle caption
Courtesy of the ACLU of Washington 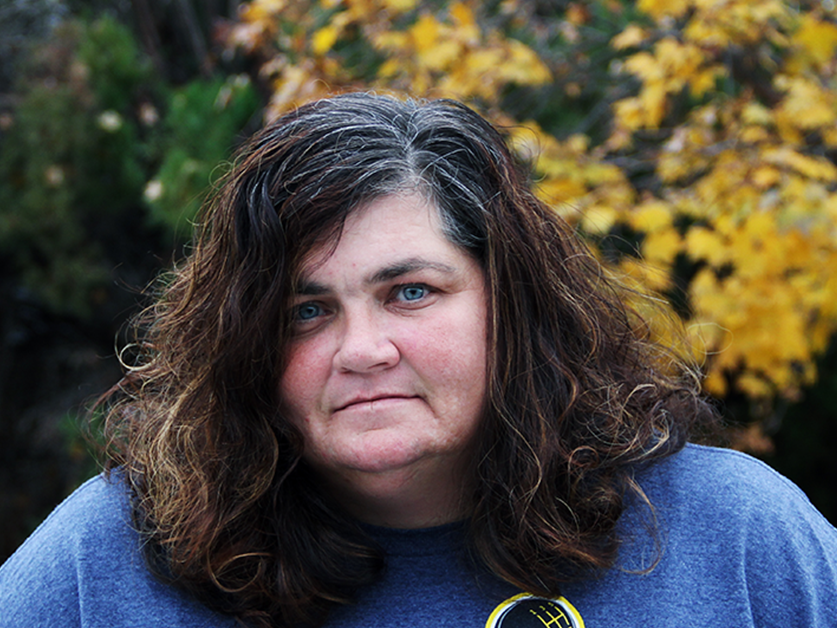 Jayne Fuentes is one of three plaintiffs in a lawsuit accusing Benton County of having "modern-day debtors' prisons."

Courtesy of the ACLU of Washington

Fuentes first told her story to NPR in 2014, in our investigation called Guilty and Charged. That series showed how in all 50 states, defendants are now handed a bill for more and more of the costs of their own trials, sentences and supervision when they leave jail. That can be a hardship for many indigent defendants. And, around the country, when they fall behind on payment, they may end up serving jail time.

That was particularly so in Benton County, where last year, an NPR analysis of jail records found that about 1 out of every 4 people in jail for a misdemeanor offense was there because he failed to pay court fines and fees.

The ACLU lawsuit says people in Benton County who are homeless, unemployed or just out of prison get sent to jail when they can't pay their court fines, which can add up to hundreds or thousands of dollars.

Fuentes says she owes "tens of thousands of dollars" to the county Superior Court, where she faced felony drug charges, and almost $2,000 to the District Court, which handles misdemeanors.

Since leaving prison in 2011, she's repaired relationships with her family. She has stayed sober, left a treatment house earlier this year and moved into an apartment with a roommate. She also bought an old, used car and, in July, finally found work, a part-time job making sandwiches at a fast-food restaurant. But she lives from one paycheck to the next, and there have been months — especially before she got her job — when she missed or was late on the $65 monthly payment she has to make to the courts.

When that happens, she says she gets a letter stating that the court can issue a warrant for her arrest. She worries about going back to jail.

In 2014, NPR published a yearlong investigation that included more than 150 interviews with lawyers, judges, offenders in and out of jail, government officials, advocates and other experts.

"I would lose my job, my house, my car, my life and my freedom, for not being able to pay a fine," Fuentes says.

She says she's willing to pay what she owes the court, but shouldn't be penalized for months when she has no income. Her debt grew when she was in prison. Every year, including when she was behind bars, there was a 12 percent annual interest rate added by the state to her debt to Superior Court.

Among her debts, she says, are several hundred dollars to pay for her public defender. The NPR survey found that's common. In 2014, 43 states allowed indigent defendants to be charged a small fee or even hundreds of dollars for a public defendant.

Benton County, NPR found, collects just a fraction of the fines and fees it's owed, but it still collected $13 million in 2012. Across the country, municipalities have come under scrutiny for the way they raise revenues through court fines. Earlier this year, the U.S. Department of Justice issued a report critical of Ferguson, Mo., for arresting people and charging them court fines and fees and then jailing them if they did not pay. There are 90 municipalities in St. Louis County, and some of them were collecting 20 to 60 percent of their municipal budgets in court fines. Since then, state lawmakers have put stricter limits on how much counties can raise, capping the amount at 10 percent as of 2017.

Officials in Benton County did not respond to a request for comment. But in the past, judges have said they give defendants multiple chances to reset the amount they owe, before ordering them to jail.

Vanessa Torres Hernandez, an attorney with the ACLU of Washington, says resetting fines is not enough because a person's ability to pay can change quickly, if he loses a job or there's a family emergency.

"There is a growing local and national recognition that debtors-prison systems are unproductive," says Hernandez, and "as a society we all benefit when we give people who have made mistakes and gone through the criminal justice system real opportunities to pay their debts to society and rebuild their lives."