Accessibility links
Sen. Harry Reid Sues Makers Of Exercise Band Over His Injuries : The Two-Way The Senate minority leader and his wife are seeking more than $50,000 in damages over what they say is a defective resistance band that caused him to lose sight in his right eye, among other injuries. 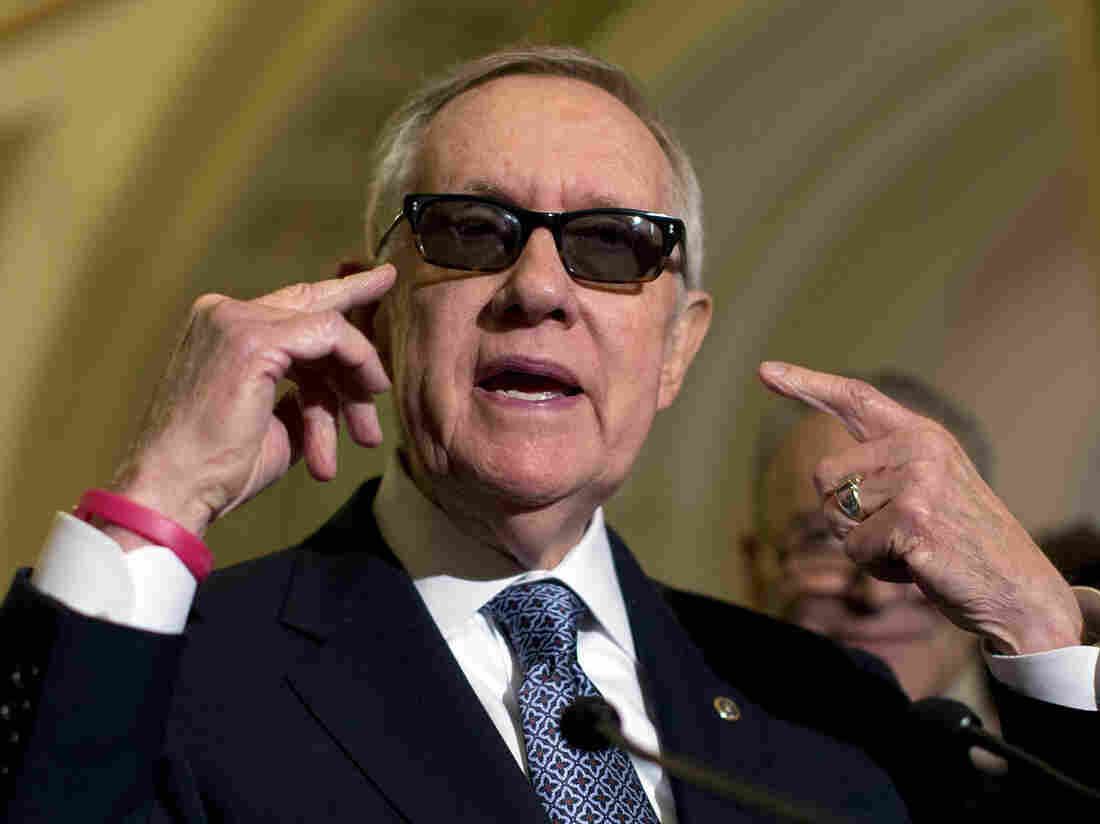 Senate Minority Leader Sen. Harry Reid of Nevada says a defective exercise resistance band caused injuries to his eye, face and ribs. He and his wife are seeking more than $50,000 in damages. Carolyn Kaster/AP hide caption 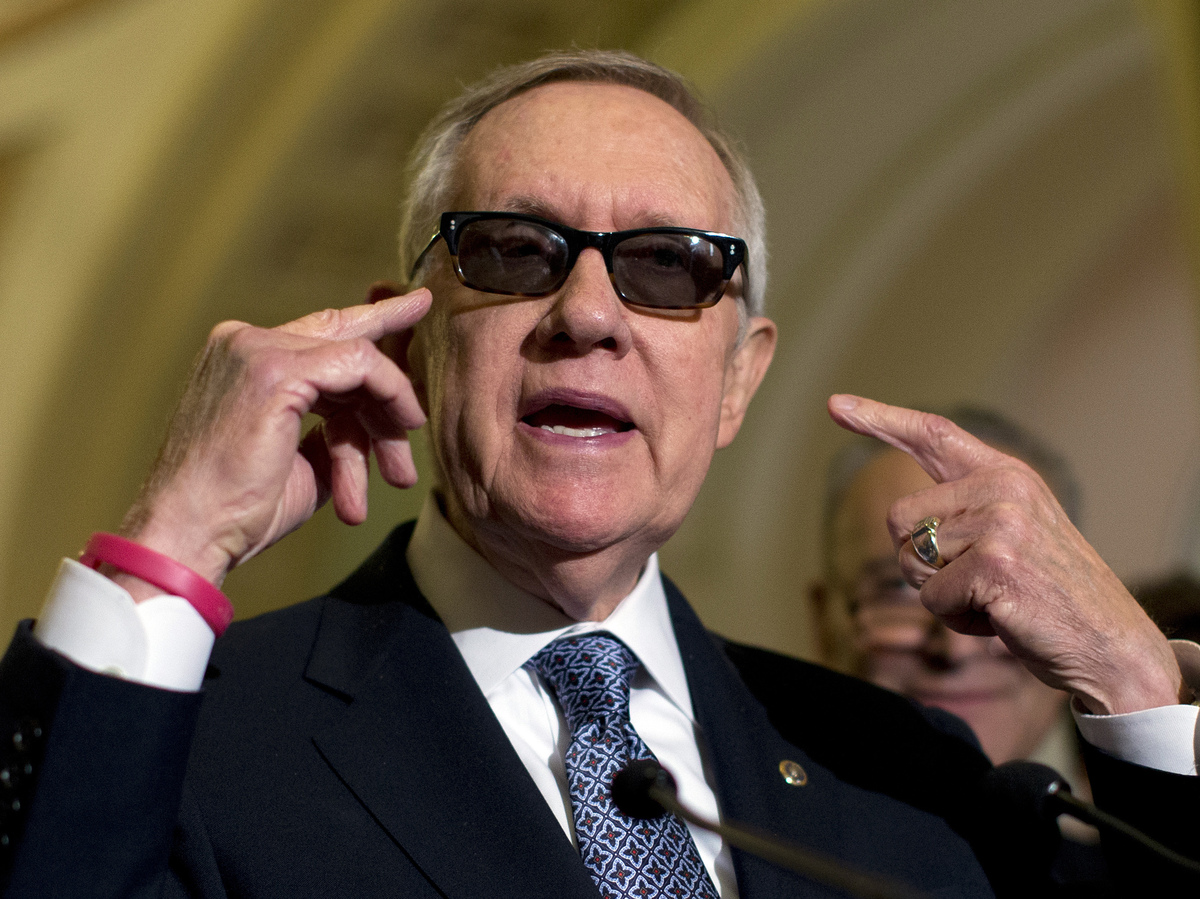 Senate Minority Leader Sen. Harry Reid of Nevada says a defective exercise resistance band caused injuries to his eye, face and ribs. He and his wife are seeking more than $50,000 in damages.

Senate Minority Leader Harry Reid, D-Nev., is suing the manufacturers of an exercise band that he says failed and caused him to lose vision in his right eye in January.

Reid and his wife, Landra Gould, filed the lawsuit on Tuesday, according to the Las Vegas Review-Journal. The couple is seeking more than $50,000 in damages from three companies: Hygenic Intangible Property Holding Co., the Hygenic Corp. and Performance Health, according to documents filed with Clark County District Court.

The companies, according to the lawsuit, "combined to create, manufacture and market a defective product called TheraBand or Therea-Band exercise band."

Reid, 73, was using the exercise band and had attached it to "a sturdy object" in a bathroom at his home on Jan. 1, according to the lawsuit.

"While in use, the TheraBand broke or slipped out of Mr. Reid's hand, causing him to spin around and strike his face on a cabinet," the lawsuit states. It goes on to say the injury caused a loss of vision in his right eye, broken bones in his face and broken ribs.

The lawsuit adds: "At all times material, Defendants knew or had constructive knowledge of the danger of injury to consumers, especially to the elderly, as a result of TheraBands breaking or slipping out of their hands while mounted to various sturdy objects."

The Two-Way has reached out to the makers of TheraBand for comment. We'll update this post if we hear back.

In March, Reid announced that he would not seek re-election in 2016. And as the Review-Journal reports, Reid says the injury was not the reason he is stepping down:

"Reid maintained that his decision to retire was not linked to health concerns, nor to the prospect of facing an uphill re-election campaign in 2016.

"Rather, he said in a recorded announcement, the accident caused him and his wife 'to have a little down time. I have had time to ponder and to think.'

" 'We've got to be more concerned about the country, the Senate, the state of Nevada than about ourselves. And as a result of that, I'm not going to run for re-election.'