Accessibility links
Mexico Nabs 3-2 Victory Over U.S. : The Two-Way In the CONCACAF rivalry game, the Mexico men's national team defeats the United States' in extra time, sending them to the 2017 Confederations Cup. 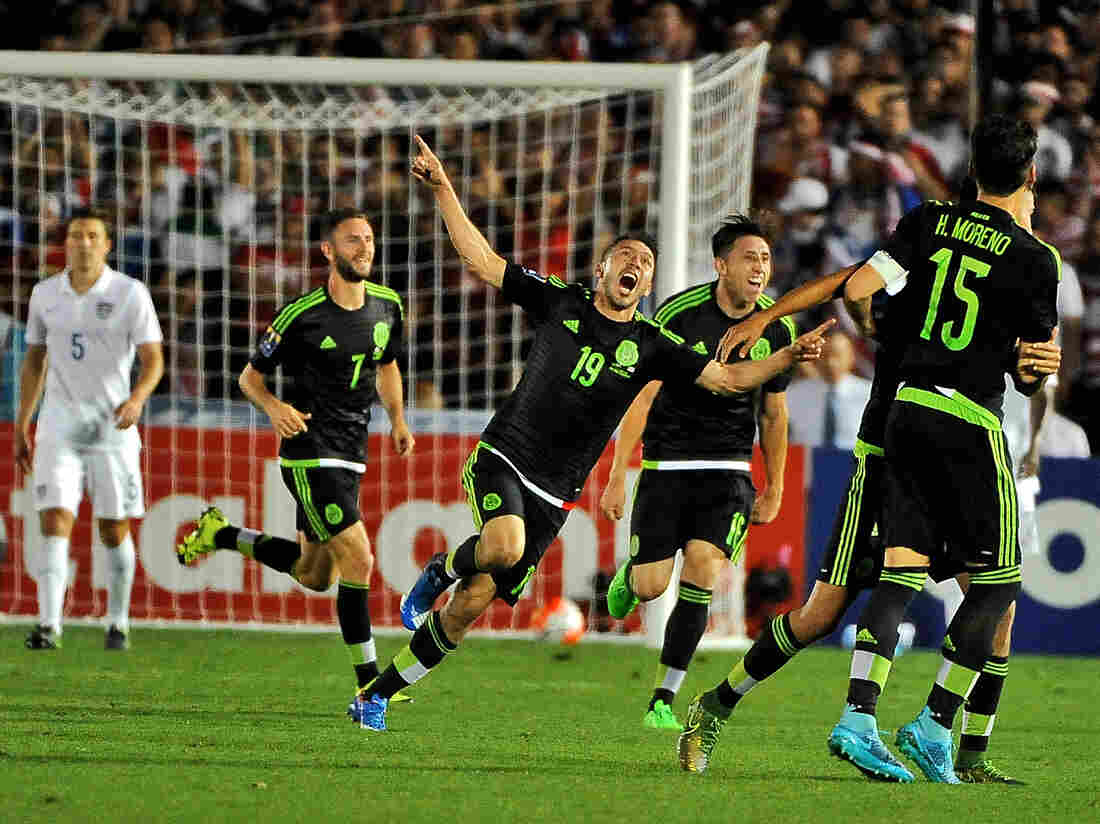 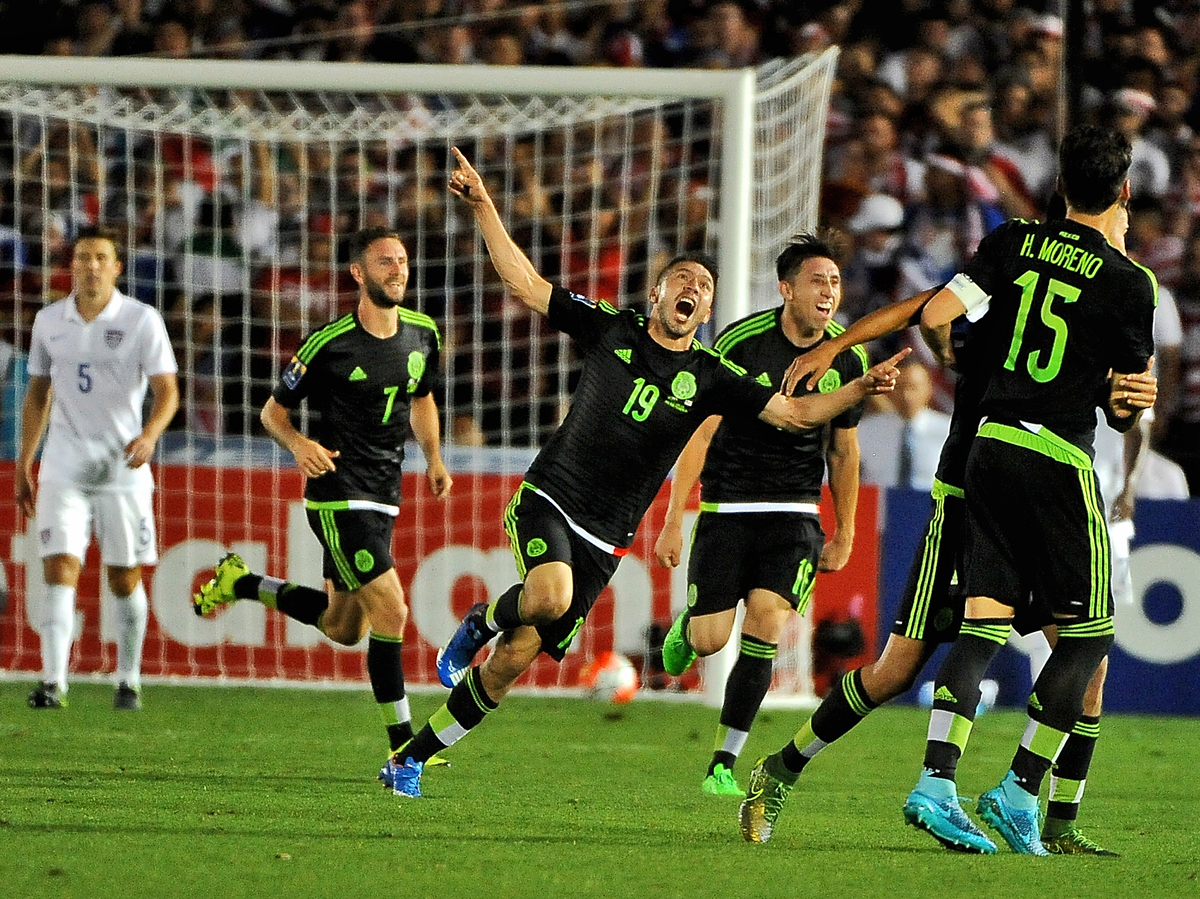 Mexico's Oribe Peralta (#19) celebrates after scoring against the United States during the CONCACAF playoff game, a 2017 Confederations Cup qualifier, at Rose Bowl on Saturday night, Oct. 10.

Mexico beat the United States 3-2 in Saturday night's CONCACAF playoff game at the Rose Bowl in Pasadena, Calif., thanks to an overtime goal from Mexico's Paul Aguilar. With the win, Mexico will advance to play in the 2017 Confederation's Cup in Russia.

At the end of regulation, the match was tied 1-1 after two first half goals — one from U.S. defender Geoff Cameron and the other from Mexico's star Javier "Chicharito" Hernandez. During extra time, Mexico's Oribe Peralta scored the go-ahead goal before U.S. substitute Bobby Wood knocked home the equalizer in the 108th minute. The game seemed destined for penalty kicks but then Aguilar, assisted by a bicycle-kick from Raul Jimenez, sealed the win for El Tri.

Their victory places them in the 2017 Confederations Cup, as NPR's Laura Wagner previously reported:

"Saturday's game between the rivals has been looming for months, ever since Mexico won the Gold Cup in July. Tournament rules required the tiebreaker game because the U.S. won the 2013 Gold Cup and Mexico took the following title this summer. The winning team advances to play in the Confederations Cup, a tournament held one year before the World Cup that allows the best teams from around the world to see how they measure up against stiff international competition."

More than 90,000 fans were in attendance at the game and while disappointment and disbelief were etched on the face of U.S. soccer fans, the stadium was raucous with the celebrations of Mexico supporters who actually outnumbered U.S. fans in the typically pro-Mexico venue.