Accessibility links
Thousands March In Ankara To Mourn Bombing Victims : The Two-Way Many in the crowd chanted anti-government slogans. Others demanded justice. No one has yet claimed responsibility for the bombing, which killed 95 people in Ankara. 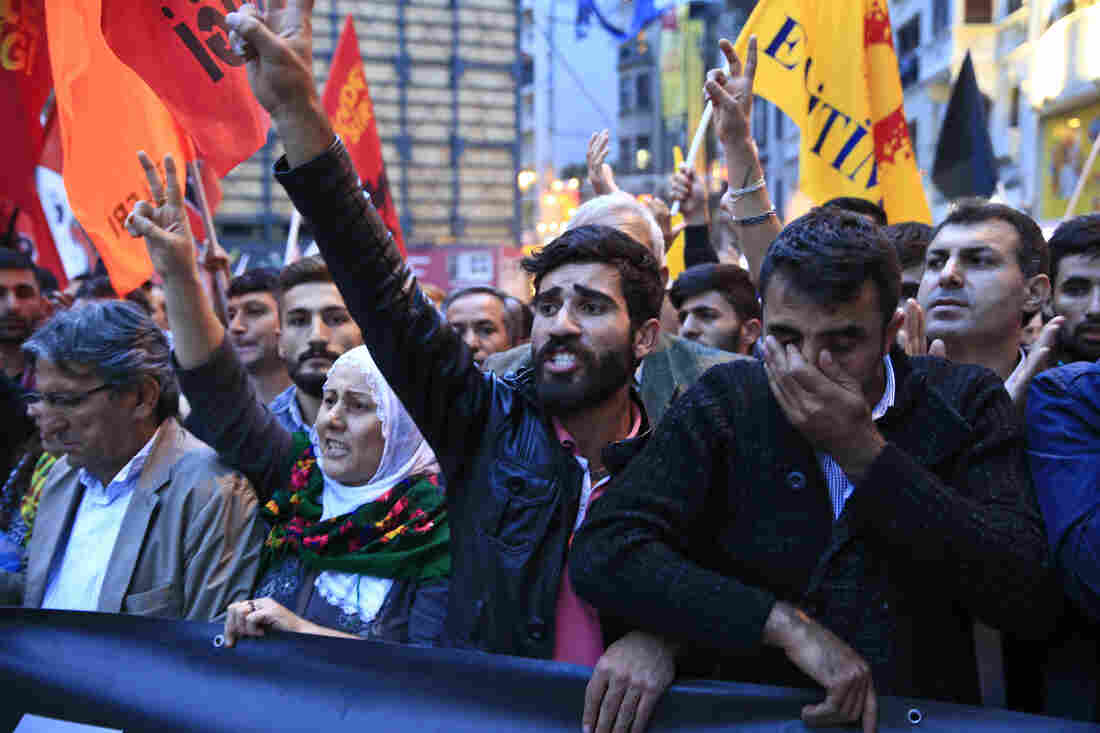 Demonstrators chant slogans and flash the V-sign during a rally to protest against the bombing in Ankara on Saturday. Lefteris Pitarakis/AP hide caption 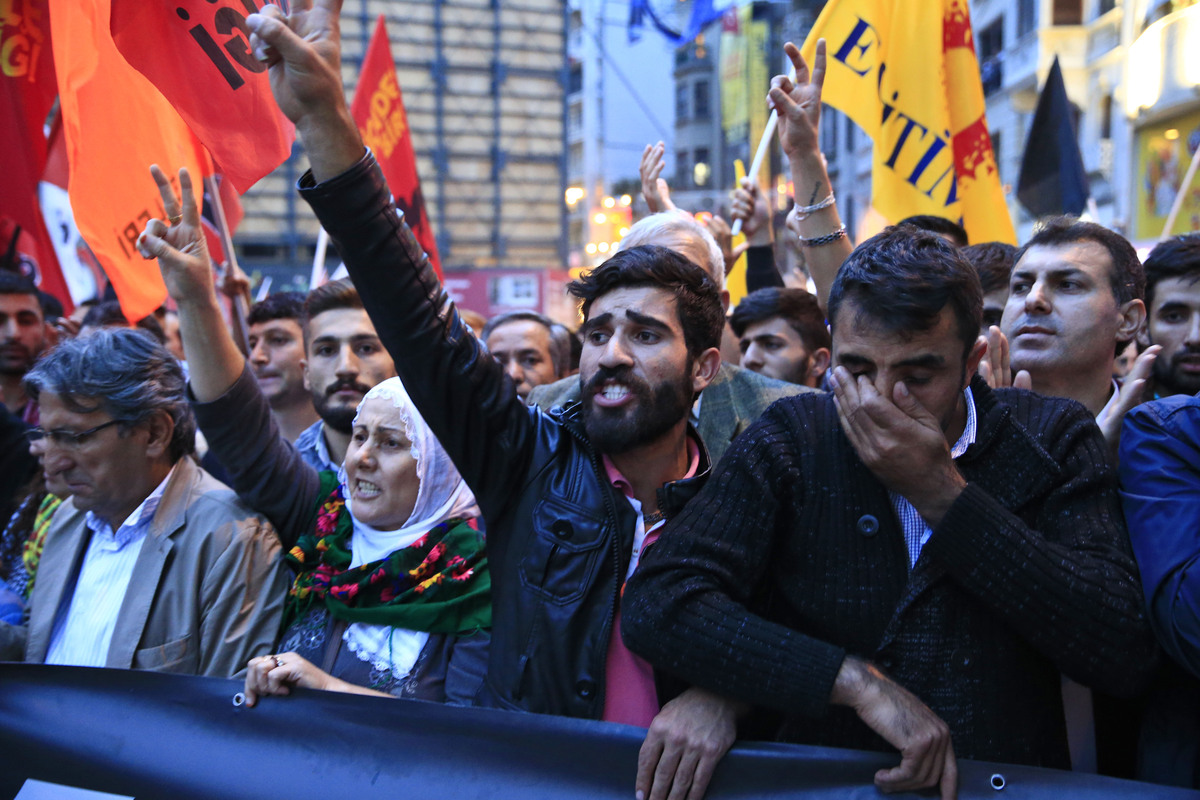 Demonstrators chant slogans and flash the V-sign during a rally to protest against the bombing in Ankara on Saturday.

A day after a bombing left 95 people dead, thousands of demonstrators gathered on the streets of Ankara on Sunday to the victims.

Many in the crowd chanted anti-government slogans. Others demanded justice.

USA Today reports that some demonstrators wanted to lay flowers near the site of the twin blasts, but police prevented them from doing so. The paper adds:

"The pro-Kurdish Peoples' Democratic Party (HDP) said in a statement that police attacked its leaders and members as they tried to leave flowers at the scene, and that some people were injured, Reuters reported.

"The crowd chanted slogans including 'we want justice' and '(President Tayyip) Erdogan is a thief and a murderer,' as some mourners carried photographs of victims."

No one has yet taken responsibility for the attack, but The New York Times reports that the government blamed the Islamic State, which controls areas just across the border from Turkey in Syria.

Remember, Turkey recently joined the U.S.-led fight against the Islamic State. But critics have accused Turkey of using that fight as an excuse to bomb militants from the Kurdistan Workers' Party, which is better known as the P.K.K.

What's more, the bombs were set near the site of a peace rally, which was calling for an end to hostilities between Turkey and Kurdish militants.

"Kurdish leaders... directed their anger at the Turkish state, accusing the government of backing the Islamic State in its attack last year on the Syrian Kurdish town of Kobani.

"President Recep Tayyip Erdogan, in a statement posted online, said, 'I strongly condemn this heinous attack on our unity and our country's peace.'

"Prime Minister Ahmet Davutoglu, whose office issued a ban on news coverage of the attack that was widely ignored, declared three days of national mourning. In a televised news conference, he said that 'the attack in Ankara targets our unity, democracy, peace" and called it "the most painful incident in the history of the Turkish republic.'"

Sajjan Gohel, the international security director at the Asia-Pacific Foundation in London, told the network: "An attack that took place in Ankara is very much designed to create political, economic and social repercussions, and one worries that in the build up to the elections there could be follow-up events that further damage the social fabric of Turkey."