Accessibility links
Tamir Rice's Family: Prosecutor Is On A Quest To Avoid Accountability : The Two-Way The prosecutor in the case released two independent reports that found the shooting of the 12-year-old boy was justified. Rice's family said the prosecutor is working to avoid an indictment.

Tamir Rice's Family: Prosecutor Is On A Quest To Avoid Accountability

Tamir Rice's Family: Prosecutor Is On A Quest To Avoid Accountability 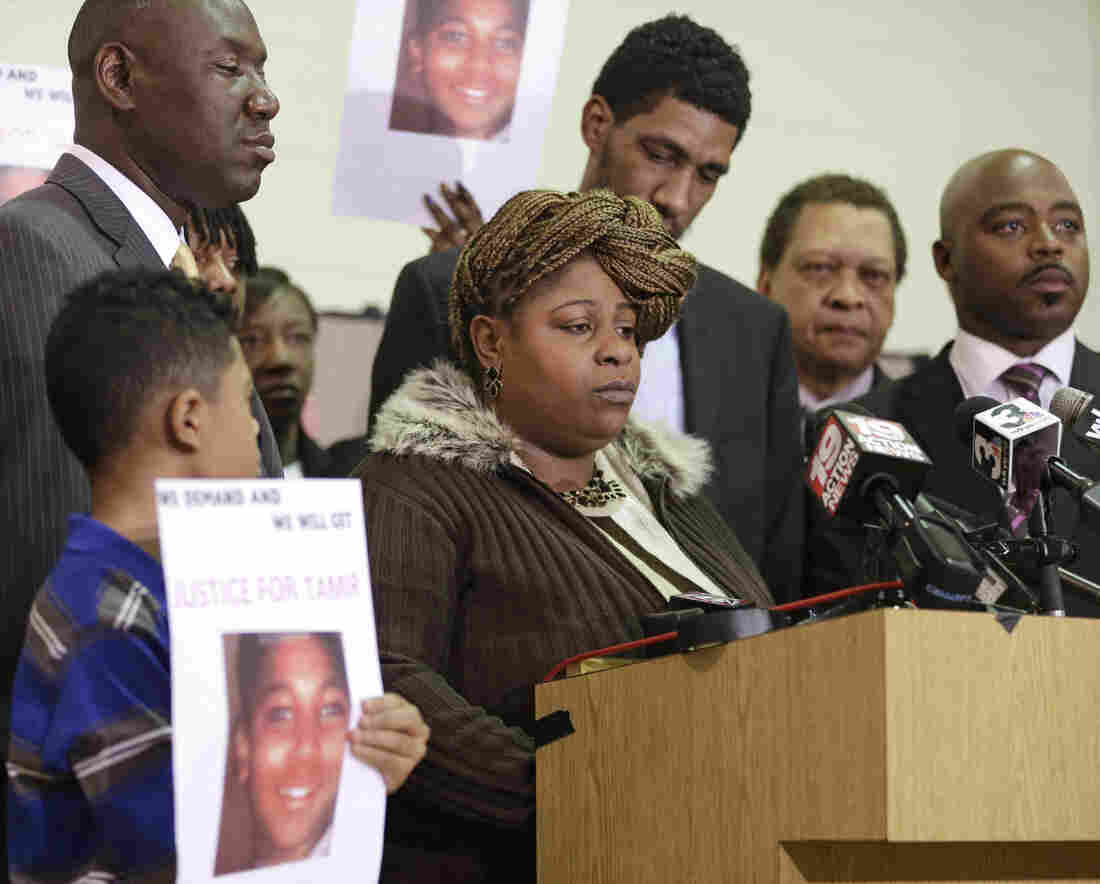 Samaria Rice, the mother of Tamir, a 12-year-old boy fatally shot by a Cleveland police officer, speaks during a news conference in December 2014, in Cleveland. Tony Dejak/AP hide caption 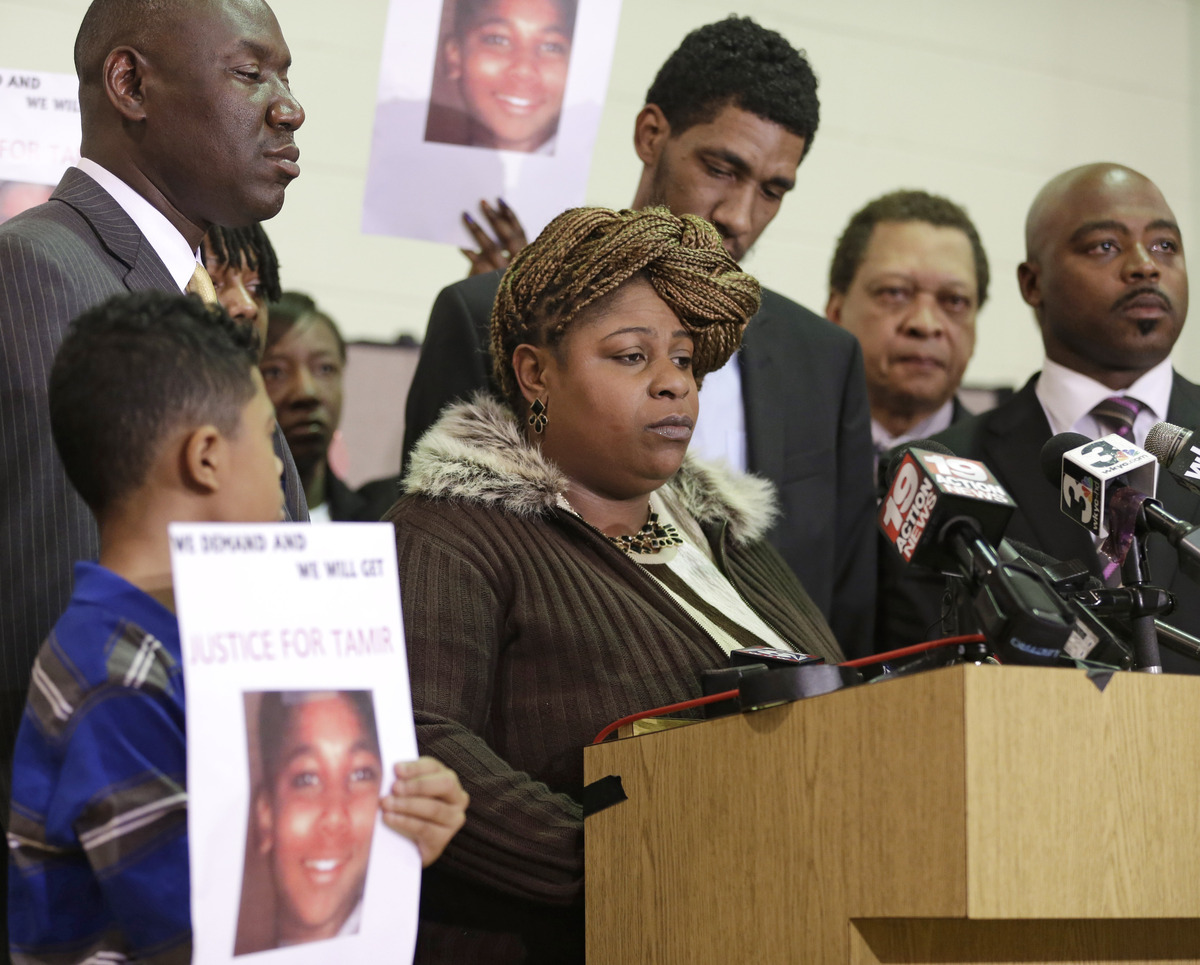 Samaria Rice, the mother of Tamir, a 12-year-old boy fatally shot by a Cleveland police officer, speaks during a news conference in December 2014, in Cleveland.

The family of a 12-year-old boy who was killed by a Cleveland police officer say that the prosecutor on the case "has been on an 11-month quest to avoid providing that accountability."

"The report prepared by retired FBI agent Kimberly A. Crawford concluded that Loehmann's use of force did not violate Tamir's constitutional rights, saying the only facts relevant to such a determination are those the patrolman had at the time he fired his weapon.

"Loehmann, she wrote, "had no information to suggest the weapon was anything but a real handgun, and the speed with which the confrontation progressed would not give the officer time to focus on the weapon."

" 'It is my conclusion that Officer Loehmann's use of deadly force falls within the realm of reasonableness under the dictates of the Fourth Amendment,' Crawford wrote, though she noted she was not issuing an opinion as to whether Loehmann violated Ohio law or department policy."

If you remember, Rice was killed almost a year ago. Surveillance video shows the boy playing with a pellet gun at a park. Police were called by a man who said someone was pointing a gun — maybe a toy gun — at people in the park.

The video shows a police cruiser pull up to the park, officer Loehmann steps off and within two seconds opens fire.

In their statement, the family says in order for Loehmann to be held accountable, a prosecutor has to advocate for Rice. The statement goes on:

"Any presentation to a grand jury—without the prosecutor advocating for Tamir—is a charade. To get so-called experts to assist in the whitewash—when the world has the video of what happened—is all-the-more alarming.

"These hired guns—all pro-police—dodge the simple fact that the officers rushed Tamir and shot him immediately without assessing the situation in the least. Reasonable jurors could find that conduct unreasonable. But they will never get the chance because the prosecutor is working diligently to ensure that there is no indictment and no accountability."

Back in June, a judge issued a largely symbolic opinion in which he said there was enough evidence to bring reckless homicide or dereliction of duty charges against Loehmann and his partner Frank Garmback.

"The video in question in this case is notorious and hard to watch," Municipal Court Judge Ronald Adrine. "After viewing it several times, this court is still thunderstruck by how quickly this event turned deadly."

McGinty said that these two reports released last night represent only a part of the evidence that a grand jury will weigh.

"The gathering of evidence continues, and the grand jury will evaluate it all," McGinty said.