Accessibility links
New Rebel Coalition Forms In Syria; Insurgents Lost Ground Over Weekend : The Two-Way Led by Kurds, the coalition could receive U.S. air support in the fight against both President Bashar al-Assad and ISIS. Its members also include Arabs and Assyrian Christians. 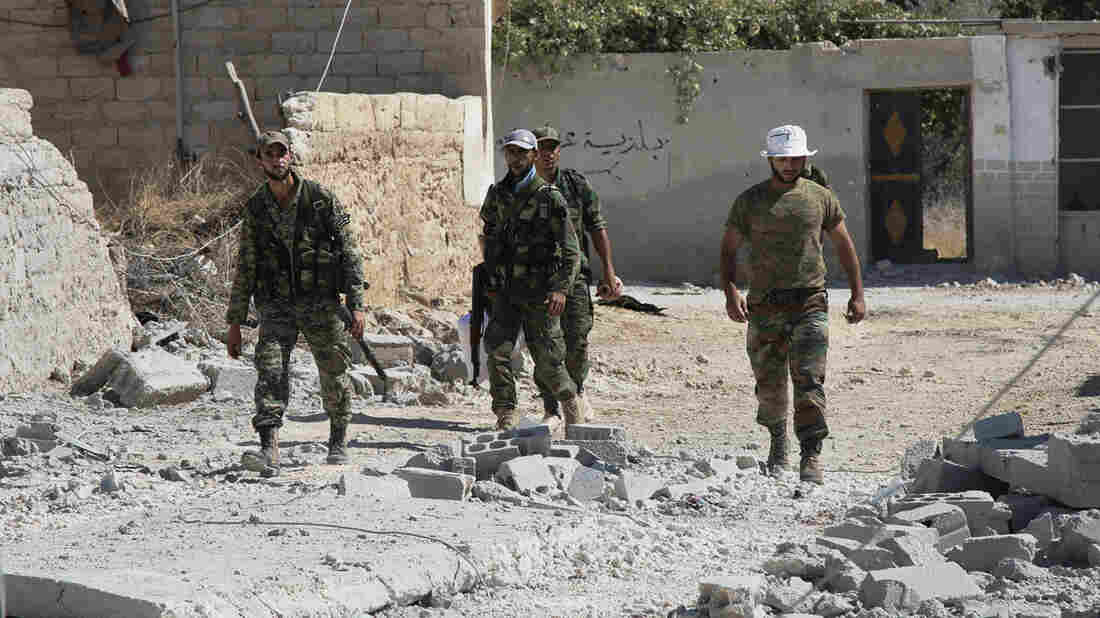 A photo from Sunday shows Syrian soldiers in Achan, Hama province. Bolstered by Russian jet strikes, Syria's army and its allies have reportedly pushed out insurgents in some parts of the central province. Alexander Kots/AP hide caption 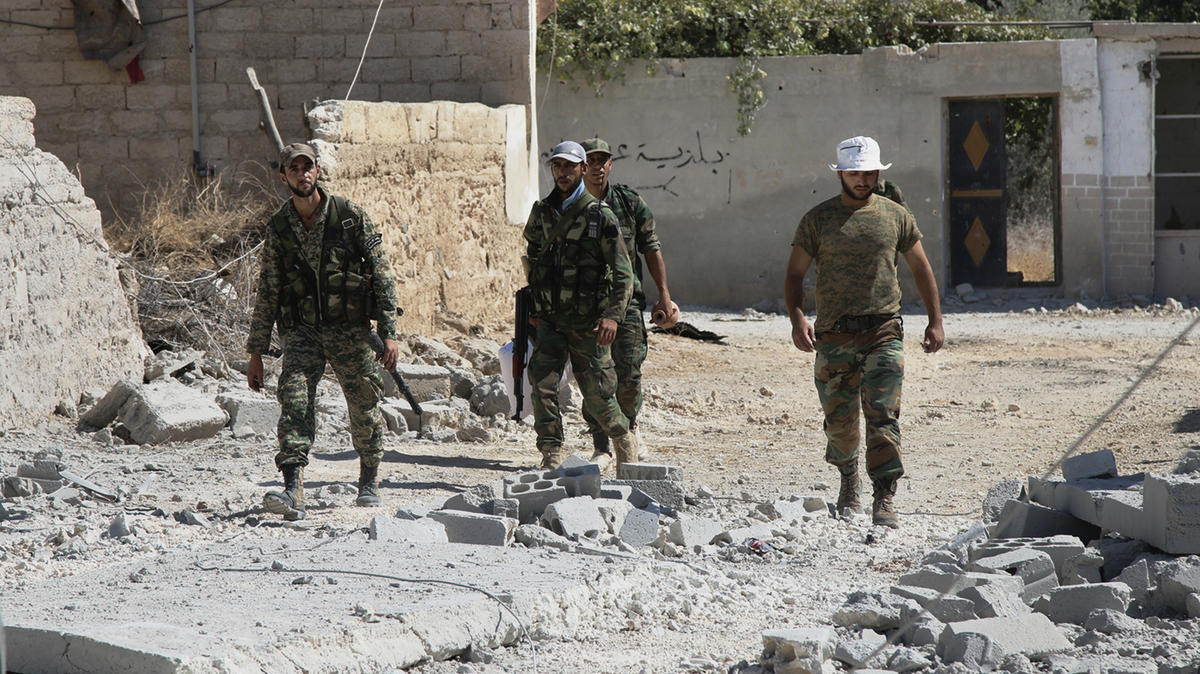 A photo from Sunday shows Syrian soldiers in Achan, Hama province. Bolstered by Russian jet strikes, Syria's army and its allies have reportedly pushed out insurgents in some parts of the central province.

From Beirut, NPR's Alison Meuse reports for our Newscast unit:

"The Syrian Democratic Forces calls itself a unified national military, aimed at establishing a new democratic Syria. Members include Kurds, Arabs and Assyrian Christians. But those familiar with the group say it's led by the Kurdish YPG, the only partner the U.S. trusts.

"Washington last week announced the overhaul of a rebel training program, which was halted after trainees handed equipment over to al-Qaida. The new Syrian Democratic Forces will absorb some of those trainees. One of them, reached by NPR, says he's been tasked with calling in airstrikes against ISIS and recruiting moderate rebels."

News of the coalition's formation comes after Russia's military began carrying out airstrikes in Syria at the end of September, targeting both ISIS and the rebel groups that had received U.S. support and training.

On the strength of those airstrikes, Syria's army launched a new ground offensive that made advances over the weekend. Russia says that in the past 24 hours, its fighters and other aircraft have " flown 55 sorties to hit 53 targets," reports state-owned news agency Tass.

"The Syrian Observatory for Human Rights, a group that monitors the 4-year-old conflict, said the Syrian military and its Lebanese Hezbollah militia allies had taken control of Tal Skik, a highland area in Idlib province, after fierce Russian bombing.

"That brings Syrian government forces closer to insurgent-held positions along the main highway that links Syria's principal cities. The area is held by a rebel alliance that excludes Islamic State fighters."