Accessibility links
If It Were A Movie, 'Oregon Pot' Would Be No. 4 At The Box Office : The Two-Way If legal marijuana were a movie, the $11 million that's estimated to have been spent during Oregon's first week of sales would place it fourth on the latest list of U.S. weekend box-office receipts. 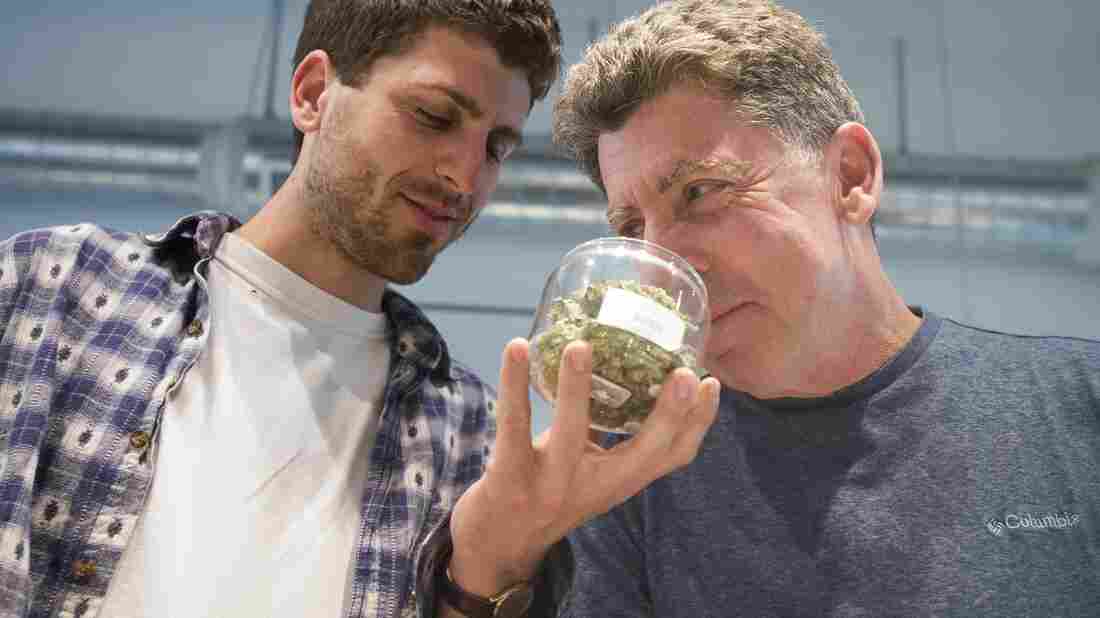 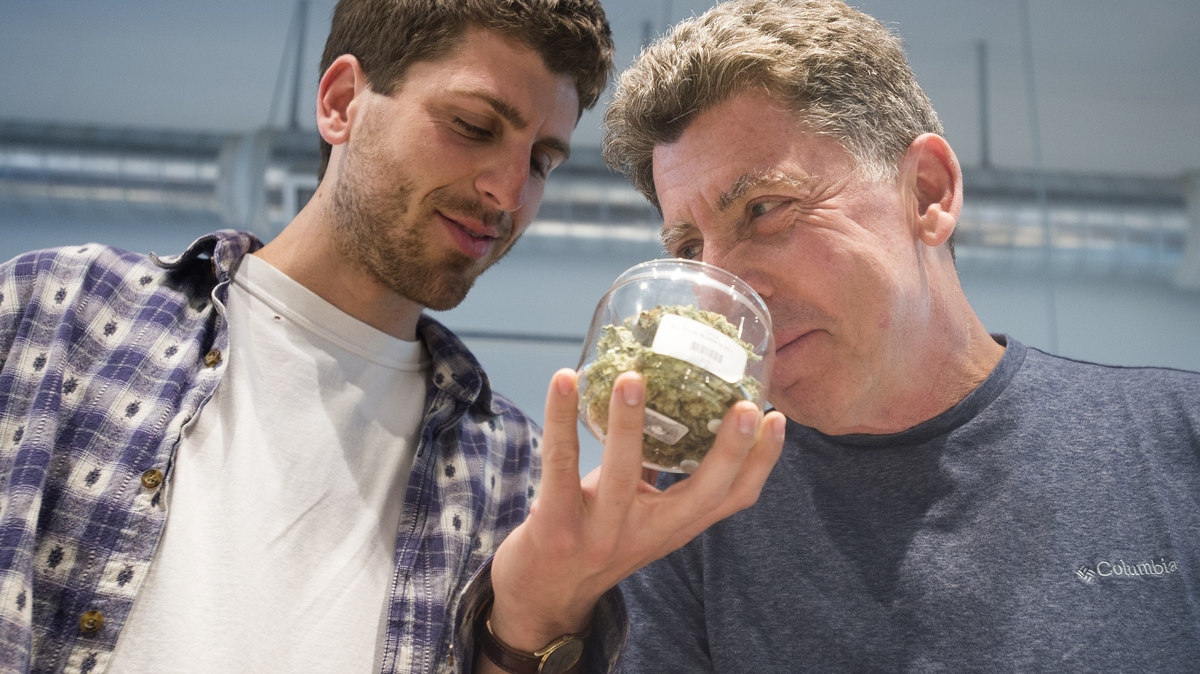 Two men inspect the goods at at Farma, a marijuana dispensary in Portland, Oregon. The state's first week of retail sales brought in an estimated $11 million, a trade group says.

If legal marijuana were a movie, the $11 million that's estimated to have been taken in during Oregon's first week of retail sales would place it fourth on the list of U.S. weekend box-office receipts, right behind Pan.

We're comparing apples and oranges, of course: The Hollywood numbers reflect this past weekend, while the pot figure is for the first five days of legal sales in Oregon. But if we look at seven days of box-office results, pot in Oregon would still take fifth, solidly ahead of Maze Runner: The Scorch Trials.

The figure has attracted notice since it was announced last week by a trade group, the Oregon Retailers of Cannabis Association. In part, that's because the retail estimate is higher than pot's legal debuts in Washington and Colorado; it also beat Oregon officials' estimates.

Part of the draw, as we reported when recreational marijuana sales became fully legal earlier this month, could be that for now, Oregon's pot is on discount: The state won't start levying a 25 percent tax on retail sales until January.

Discussing potential tax revenue from legal pot, Oregon officials previously predicted the state would take in "$10.7 million in revenue for the 2015-2017 biennium."

To bring in that figure at the 25 percent tax rate, the state would need around $42.8 million in sales.