Accessibility links
London Police Stop Watching Ecuadorean Embassy For Sign Of Assange : The Two-Way After three years and more than $15 million, Scotland Yard says it's removing the guards that have waited outside the Ecuadorean Embassy for a chance to arrest the WikiLeaks founder. 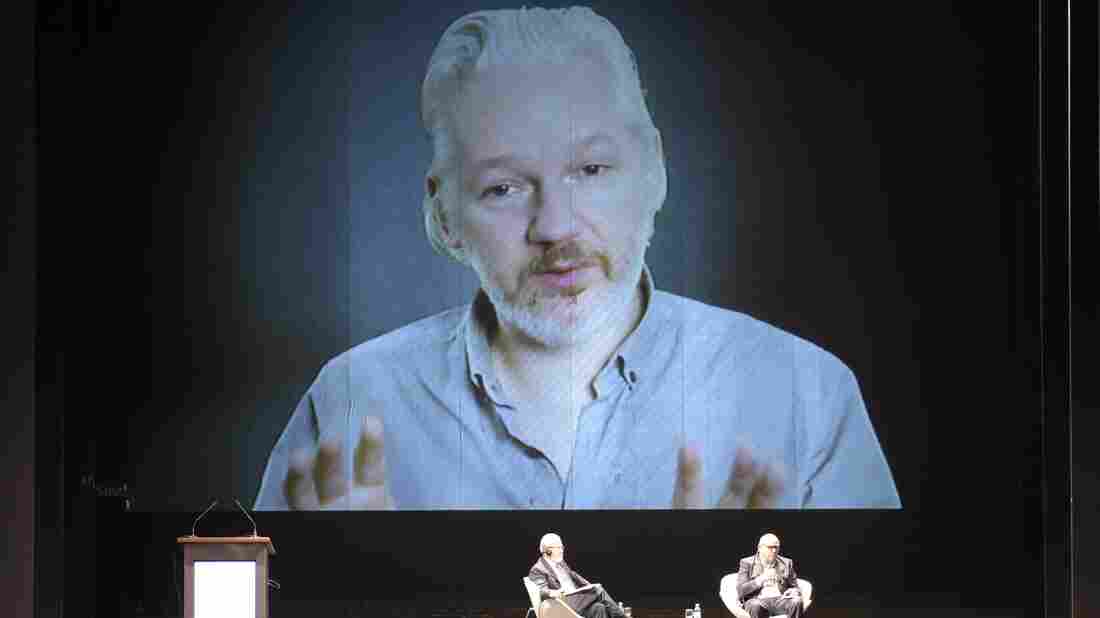 Wikileaks founder Julian Assange, seen here in a teleconference last month, has been under a constant police guard outside Ecuador's London embassy since June of 2012. Juan Mabromata/AFP/Getty Images hide caption 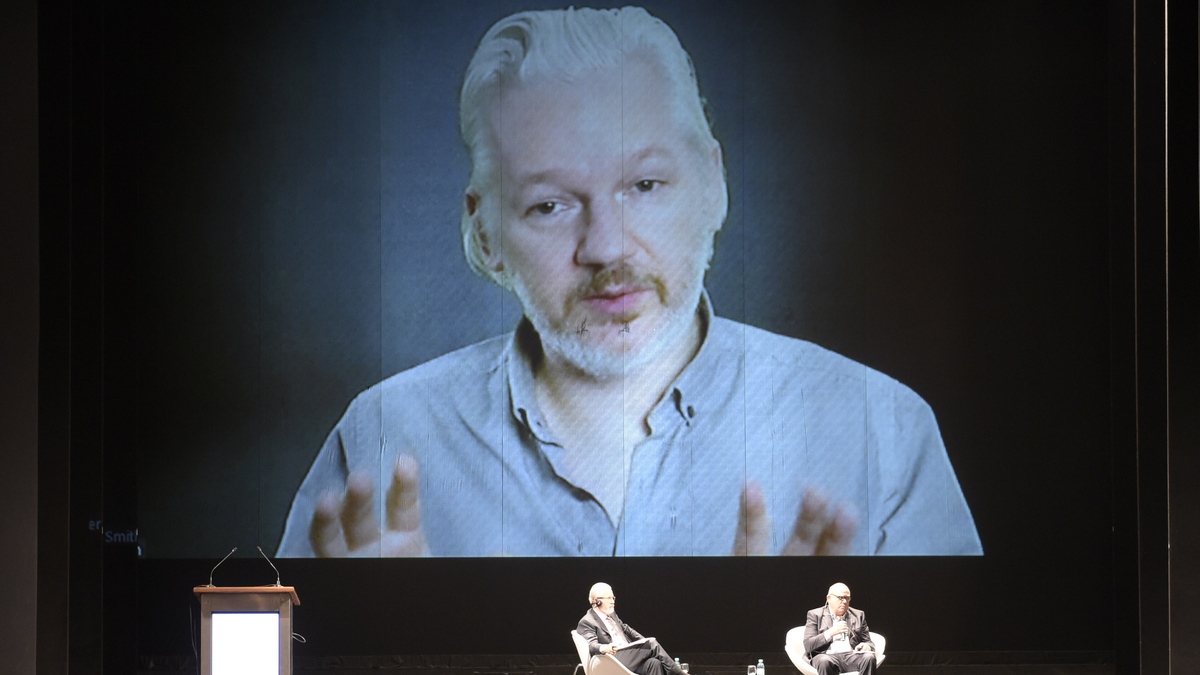 Wikileaks founder Julian Assange, seen here in a teleconference last month, has been under a constant police guard outside Ecuador's London embassy since June of 2012.

After three years and more than $15 million in police expense, Scotland Yard says it's removing the guards that have waited outside the Ecuadorian Embassy in London for a chance to arrest WikiLeaks founder Julian Assange.

Instead of stalking Assange with an overt 24-hour presence, London's Metropolitan Police announced Monday, the agency "will deploy a number of overt and covert tactics to arrest him."

Assange sought refuge at the embassy in June 2012, saying that he faced a threat of "persecution." He holed up in the embassy days after losing a bid to challenge his extradition to Sweden.

Assange has said he's worried Swedish authorities might turn him over to the U.S., which is pursuing charges related to WikiLeaks' publication of classified government documents.

Assange, an Australian national, was ordered to be extradited to Sweden to face possible charges of sex crimes; three of those four possible charges, which date to 2010, expired in August. The most serious allegation, of rape, remains in effect.

Today, the Metropolitan Police noted that there's no sign of a potential resolution to the standoff.

"The operation to arrest Julian Assange does however continue and should he leave the Embassy the MPS will make every effort to arrest him," the agency says. "However it is no longer proportionate to commit officers to a permanent presence."

In a tally of the costs associated with the Assange case, Scotland Yard said in February that since Assange entered Ecuador's embassy, the agency had spent around 10 million pounds — or more than $15 million, at current exchange rates — to maintain a constant police presence outside the embassy in London.