Accessibility links
MH17 Findings: Dutch Safety Board Says Russian Buk Missile Took Down Plane : The Two-Way The Russian missile manufacturer also released its own report, disputing the Dutch findings and instead pointing the blame for last year's crash of the Boeing 777 at Ukrainian forces. 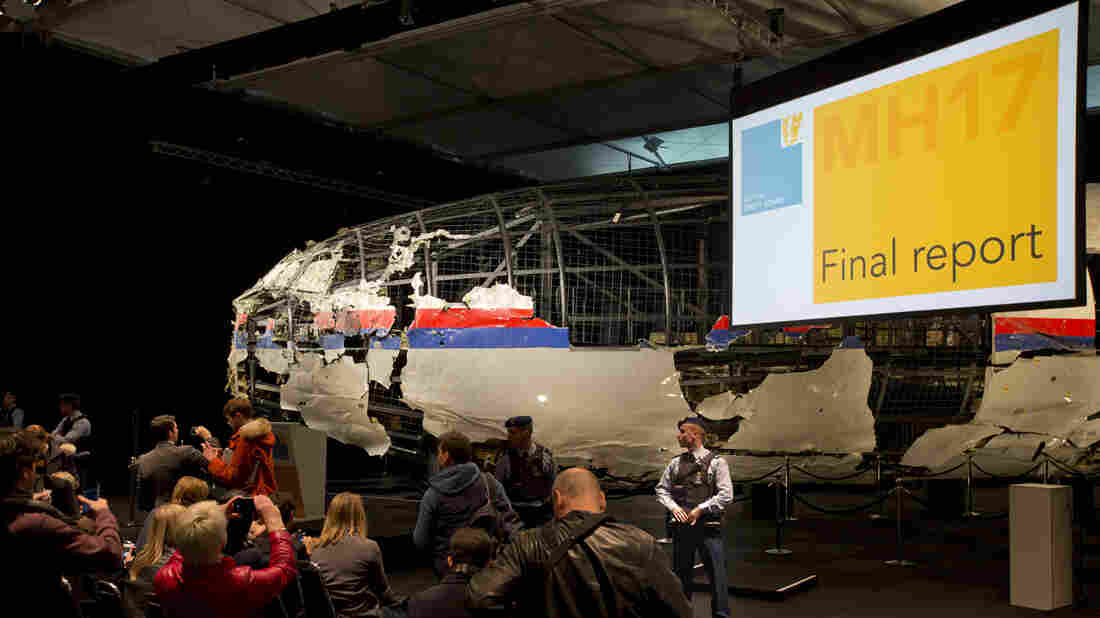 Part of the reconstructed Malaysia Airlines Flight 17 plane is seen prior to the presentation of the Dutch Safety Board final report on what caused the Boeing 777 to break up high over eastern Ukraine last year. Peter Dejong/AP hide caption 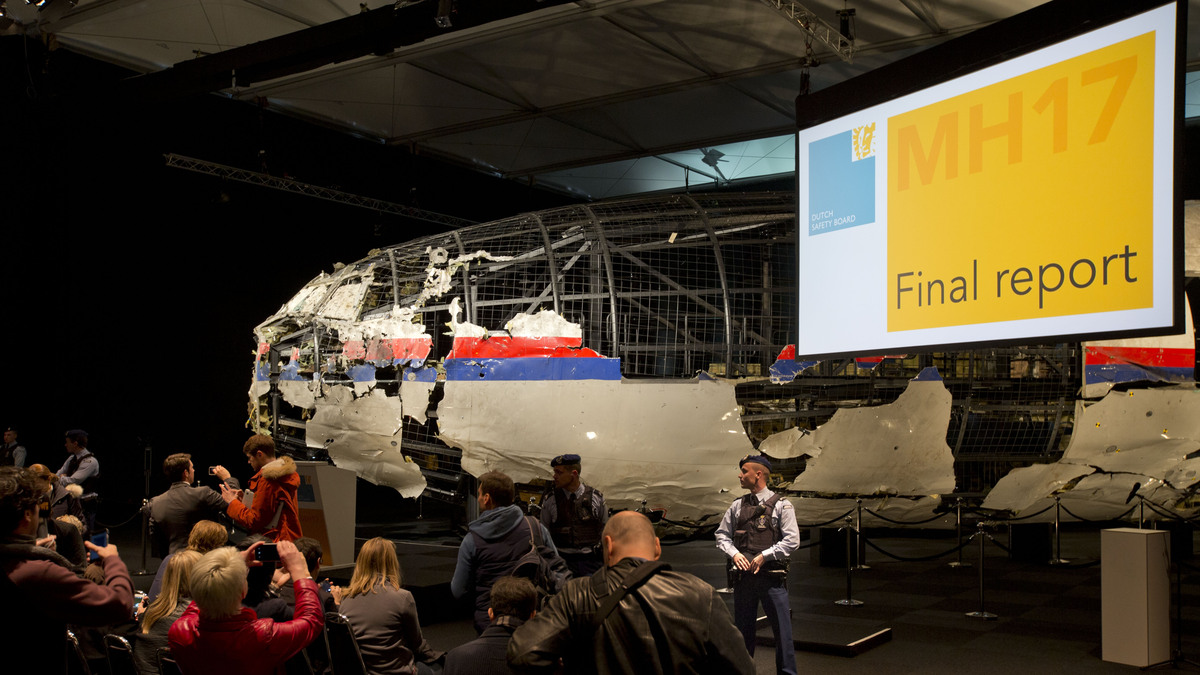 Part of the reconstructed Malaysia Airlines Flight 17 plane is seen prior to the presentation of the Dutch Safety Board final report on what caused the Boeing 777 to break up high over eastern Ukraine last year.

After a 15-month probe, investigators with the Dutch Safety Board have concluded that a Russian Buk missile took down Malaysia Airlines Flight 17 in eastern Ukraine last year.

The crash in July 2014 killed all 298 people on board, most of whom were from the Netherlands.

The report, released Tuesday, also states that the missile was launched from an area controlled by Russian-backed separatists. But it stops short of drawing a conclusion as to who fired the missile.

Ukrainian officials, however, again accused Russia of being behind the crash, calling it a terrorist attack via the official Ukrainian presidential Twitter account.

Hours before the Dutch Safety Board report was made public, the manufacturer of the Buk missile released its own study. That report refutes the findings that the warhead came from a Russian missile and also that the missile was launched from an area controlled by separatists, according to The Associated Press. Instead, the report contends, the missile likely was launched by Ukrainian forces.

The pre-emptive refutation of the Dutch report prompted this response from Joustra, according to the Guardian: "It's always special when people already know that they don't agree with a report that's not even published yet."

NPR's Corey Flintoff had this take on what's at stake for Russia in the investigation:

"Ever since the crash, Russia's offered a number of contradictory theories about who actually shot down MH17 and the reason seems to be that if the Dutch investigation points either to Russia or its separatist allies, it'll show that Russia has been deeply involved in the war in eastern Ukraine even though it has always denied that."

The Dutch Safety Board report adds that the tragedy could have been avoided had Ukraine closed the airspace to civilian flights.

Teri Schultz tells Newscast that a separate, Dutch-led criminal investigation is underway to determine who is responsible.