Accessibility links
No Prosecution For Dentist Who Killed Cecil The Lion : The Two-Way Zimbabwe clears Walter Palmer and says the hunt was legal.

No Prosecution For Dentist Who Killed Cecil The Lion

No Prosecution For Dentist Who Killed Cecil The Lion 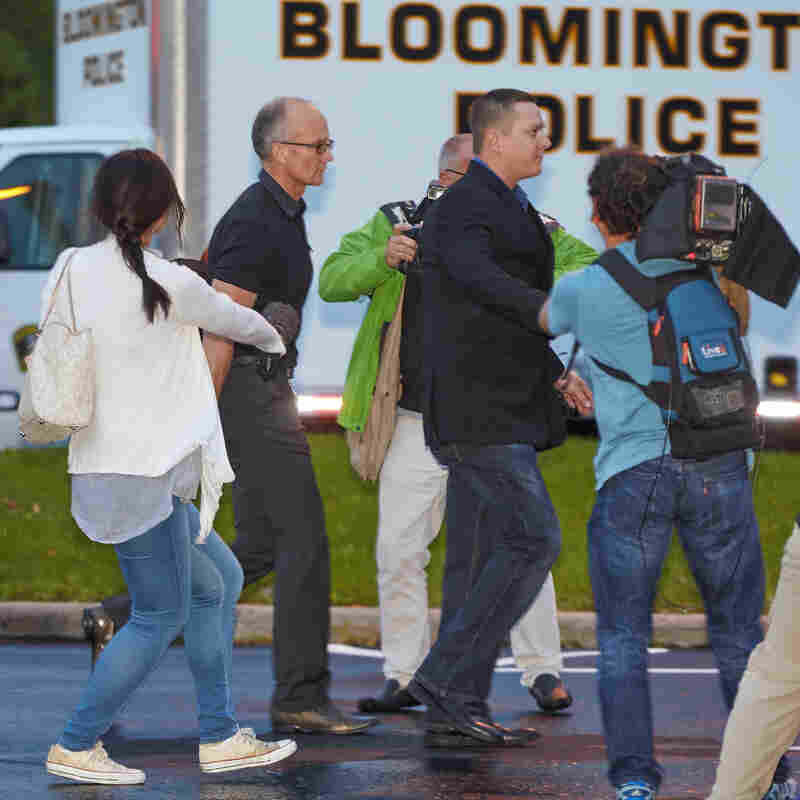 Dentist Walter Palmer (left, in short sleeves) walks into his clinic with private security and members of the media last month in Bloomington, Minn. Protests over his killing of a lion in Zimbabwe had forced him to temporarily close his practice. Now officials say they will not prosecute him. Adam Bettcher/Getty Images hide caption 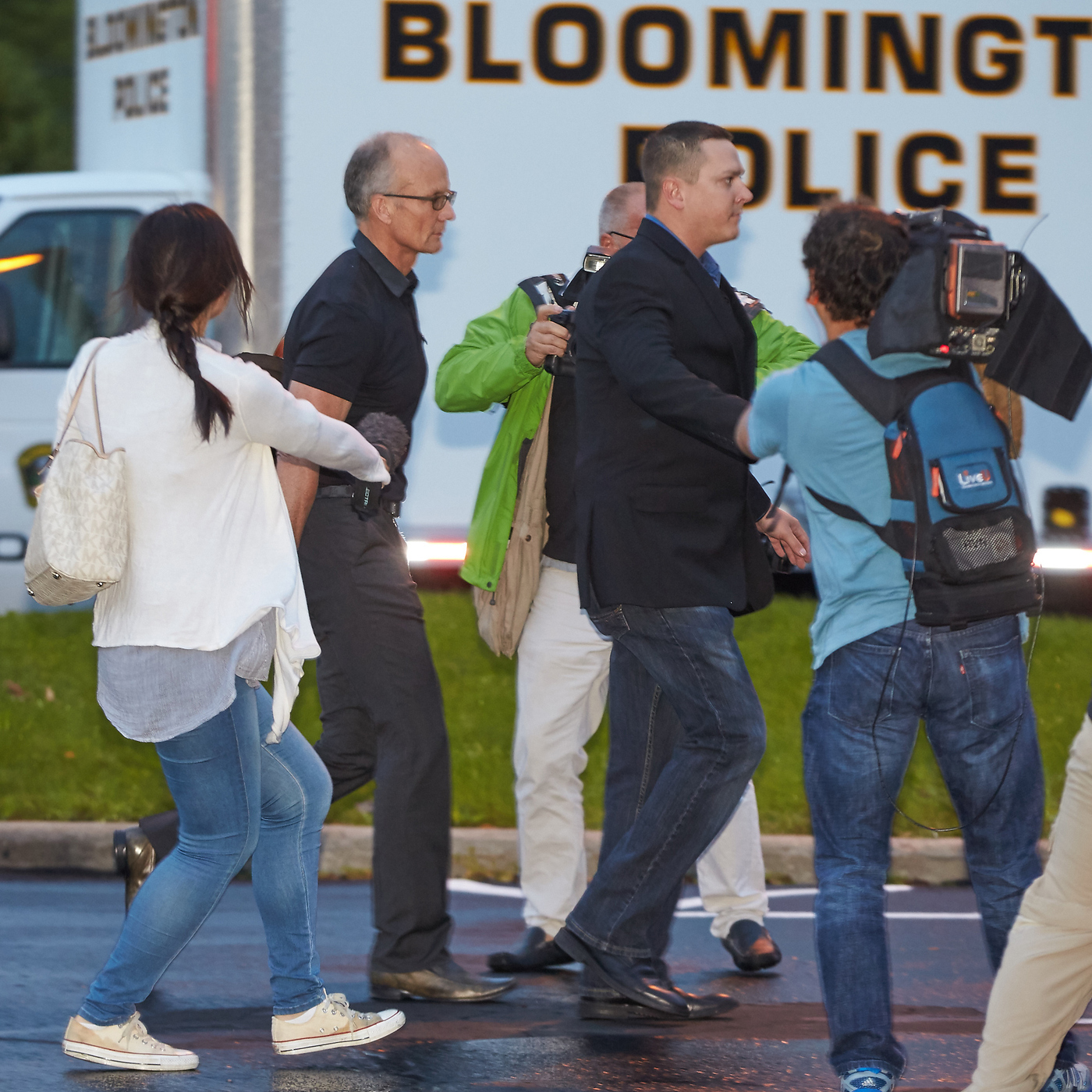 Dentist Walter Palmer (left, in short sleeves) walks into his clinic with private security and members of the media last month in Bloomington, Minn. Protests over his killing of a lion in Zimbabwe had forced him to temporarily close his practice. Now officials say they will not prosecute him.

Zimbabwe officials announced last summer that they would try to extradite Walter Palmer, the big-game hunter who killed Cecil in a bow-hunt, after allegedly paying $50,000 for the "privilege." But after reviewing the case, they decided Palmer hadn't broken any hunting laws.

Environment, Water and Climate Minister Oppah Muchinguri-Kashiri told reporters in Harare that Palmer's "papers were in order" and that he is free to return to the country "as a tourist."

Not so lucky are two men who arranged the hunt, including Theo Bronkhorst, who has been charged with allowing an illegal hunt.

Authorities say Cecil was lured from Hwange National Park, a protected habitat, to a nearby farm, where he was killed.

The killing sparked an enormous outcry around the world, and Palmer was so vilified he was forced to close his dental practice temporarily. Several airlines said they would no longer transport hunting trophies as a result. Some Zimbabweans, in turn, expressed dismay over the amount of attention given the lion's death.

The decision to clear Palmer of wrongdoing was criticized by the Zimbabwe Conservation Task Force, which says it still plans to pursue legal action against him in U.S. courts. The task force's head, Johnny Rodrigues, said, "The fact is the law was broken. We are going to get our advocates in America to actually see what they can do to bring justice to him." The U.S. Fish and Wildlife Service has previously said it was investigating Palmer.

Jeff Flocken, North American Regional Director for the International Fund for Animal Welfare, said it was "not a surprise that Palmer won't be prosecuted, since hundreds of Americans kill imperiled lions for fun every year." He added:

"The U.S. has a real opportunity to make the death of Cecil—and the hundreds of other lions needlessly slain—not be in vain. They can list African lions as Endangered under the U.S. Endangered Species Act, and make sure Americans like Palmer cannot continue to go kill lions for fun and bring their grotesque trophies back to the U.S. The U.S. does not need to be a party to this type of senseless killing."

Palmer, who declined to comment on the government's decision, has previously expressed regret about the lion's death, but has said he did not know the lion he shot was the beloved Cecil.