Accessibility links
Volkswagen's 2016 Diesel Cars Contain New Suspect Emissions Software : The Two-Way The automaker says the software functions differently than the "defeat devices" in some diesel cars from model years 2009 to 2015. The EPA says it hasn't determined if the new software is illegal. 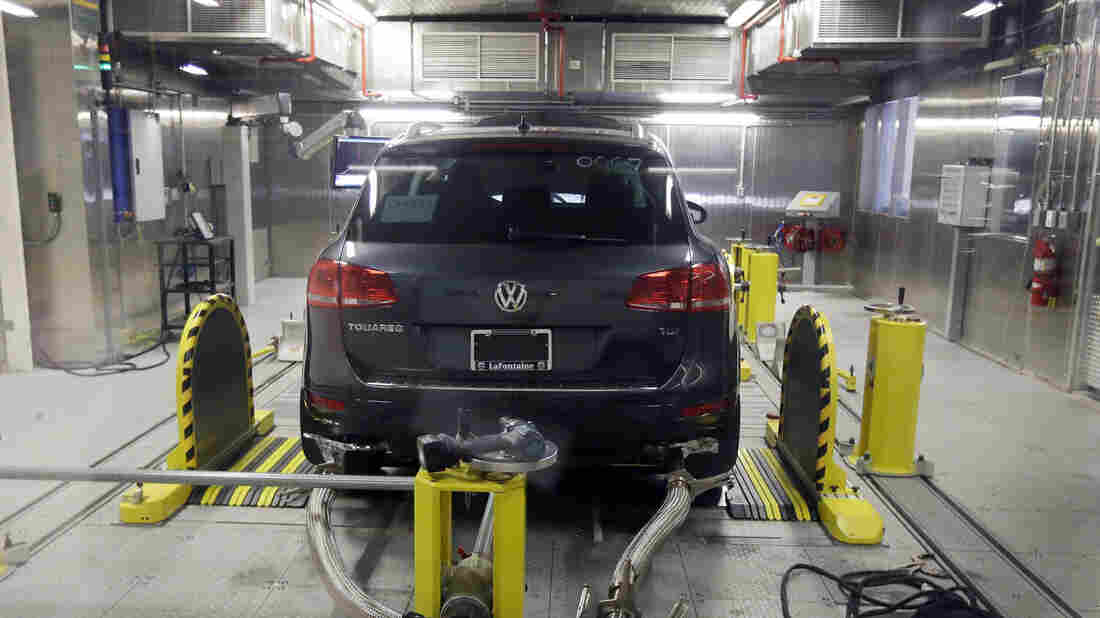 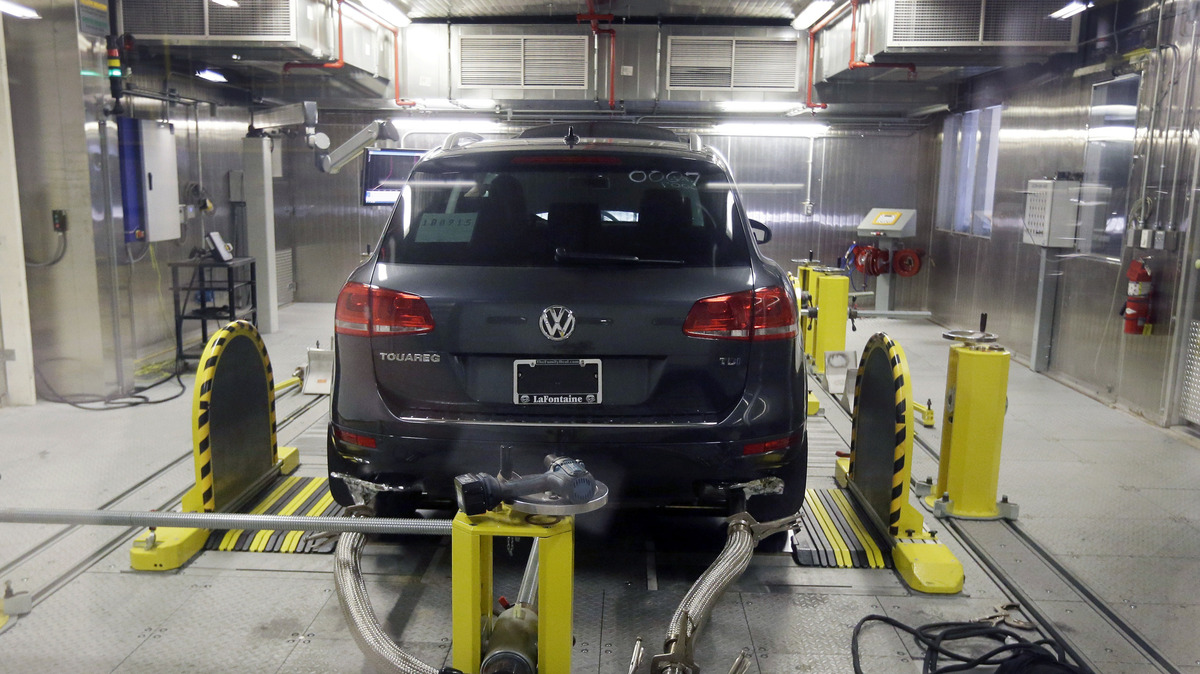 Less than a month after an emissions cheating scandal rocked Volkswagen, the German car company is dealing with fresh scrutiny regarding its diesel emissions software.

Volkswagen has told U.S. regulators that its 2016 diesel car models contain emissions software "that would potentially help their exhaust systems run cleaner during government tests," according to The Associated Press. But VW says this software functions differently than the illegal "defeat" devices in some diesel vehicles from model years 2009 to 2015. The disclosure of that software last month triggered a global uproar; as a result, the automaker is facing a criminal investigation, billions of dollars in fines and civil lawsuits filed by customers.

According to the AP, "The newly revealed software makes a pollution control catalyst heat up faster, improving performance of the device that separates smog-causing nitrogen oxide into harmless nitrogen and oxygen gases."

"This has the function of a warmup strategy which is subject to approval by the agencies," a Volkswagen spokeswoman said, per the news service. "The agencies are currently evaluating this and Volkswagen is submitting additional information."

While regulators have not yet determined if the software in the 2016 models is meant to cheat emissions tests, Janet McCabe, acting assistant EPA administrator for air quality told reporters Wednesday the agency was questioning the company.

"We have a long list of questions for VW about this," she said. "We're getting some answers from them, but we do not have all the answers yet."

"If it is determined the new issue is a second defeat device, that would call into question recent assertions by top VW executives that responsibility for the cheating scheme lay with a handful of rogue software developers who wrote the original code installed with the company's diesel engines starting with the 2009 model year."

"This decision is expressly not related to current events on the issue of diesel engines," the company said in a statement, according to The Wall Street Journal.

Vahland's successor has not yet been named.