Accessibility links
Obama: Slowing Afghan Drawdown 'Is The Right Thing To Do' : The Two-Way "Afghan forces are still not as strong as they need to be," President Obama said, as he announced that the U.S. will keep troops in the country past his term in office.

Obama: Slowing Afghan Drawdown 'Is The Right Thing To Do'

Obama: Slowing Afghan Drawdown 'Is The Right Thing To Do' 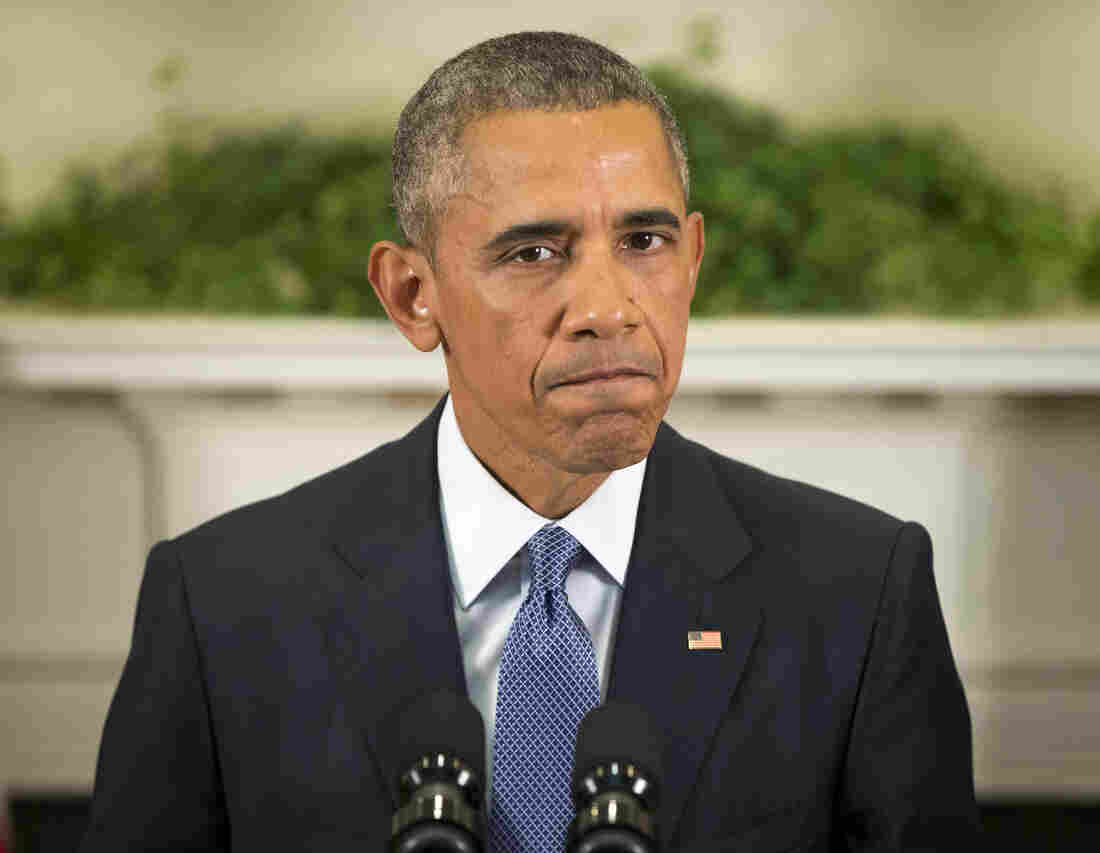 President Obama pauses as he speaks about Afghanistan on Thursday in the Roosevelt Room of the White House. Pablo Martinez Monsivais/AP hide caption 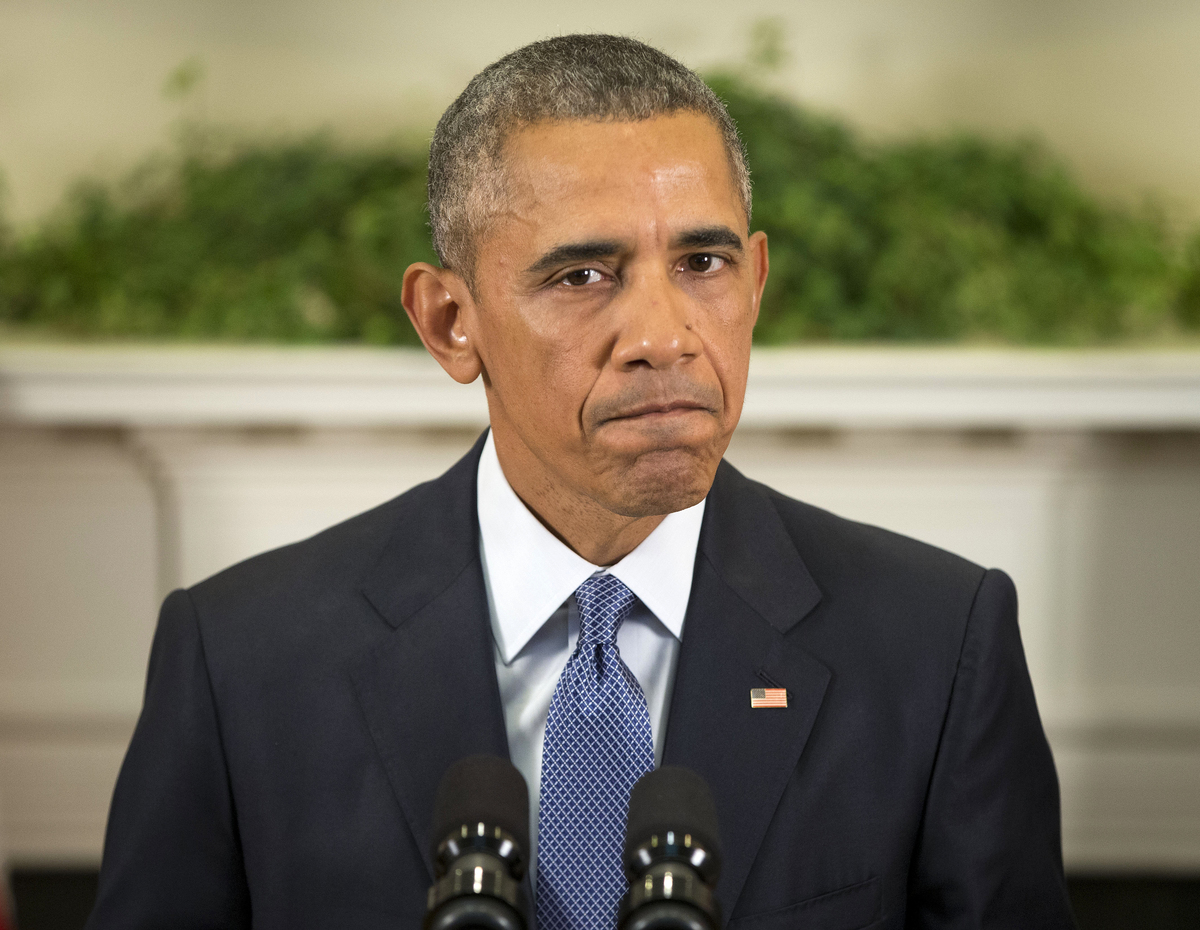 President Obama pauses as he speaks about Afghanistan on Thursday in the Roosevelt Room of the White House.

Speaking from the Roosevelt Room of the White House, President Obama said on Thursday that slowing down the U.S. withdrawal from Afghanistan is "the right thing to do."

"Afghan forces are still not as strong as they need to be," Obama said, so the United States will leave 9,800 troops in the country through most of 2016. By 2017, about 5,500 troops will remain in a few bases across the country.

Obama said that the U.S. mission in Afghanistan will remain focused on two non-combat objectives: to train Afghan forces and carry out counterterrorism operations against al-Qaida.

It was just a little more than a year ago, that Obama stood in the White House Rose Garden and announced that by the time he left office in 2016, American troops would be assigned only to the U.S. Embassy in Kabul — putting a definitive end to America's longest-running war.

But recently, the Taliban have made progress in Afghanistan and the reconciliation process between the group and the Afghan government has fallen apart.

Today, Obama said that while he has never supported "the idea of an endless war," he is "firmly convinced that we should make this extra effort."

The situation in Afghanistan is tenuous he said, but everyday Afghans are "fighting and dying to protect their country."

Flanked by Joint Chiefs Chairman Gen. Joseph Dunford, Defense Secretary Ash Carter and Vice President Joe Biden, Obama directly addressed a war weary country: "My fellow Americans, after so many years of war, Afghanistan will not be a perfect place," he said. "But Afghans ... are standing up for their county. If they are to fail, it would endanger the security of all of us."

Afghans, he said, are making "difficult but genuine progress" and extending U.S. presence in the country "can make a real difference."

During a briefing with reporters, White House Press Secretary Josh Earnest was asked when the U.S. would drop back down to embassy-only troop levels.

"I think the question you're asking is ultimately one that will answered by the next commander in chief," Earnest said.