Accessibility links
$2 Photo Found At Junk Store Has Billy The Kid In It, Could Be Worth $5M : The Two-Way The 4-inch-by-5-inch tintype depicts Billy the Kid playing croquet in the summer of 1878. The only other known photo of the outlaw was taken in 1880 and sold for $2.3 million in 2010.

$2 Photo Found At Junk Store Has Billy The Kid In It, Could Be Worth $5M

$2 Photo Found At Junk Store Has Billy The Kid In It, Could Be Worth $5M 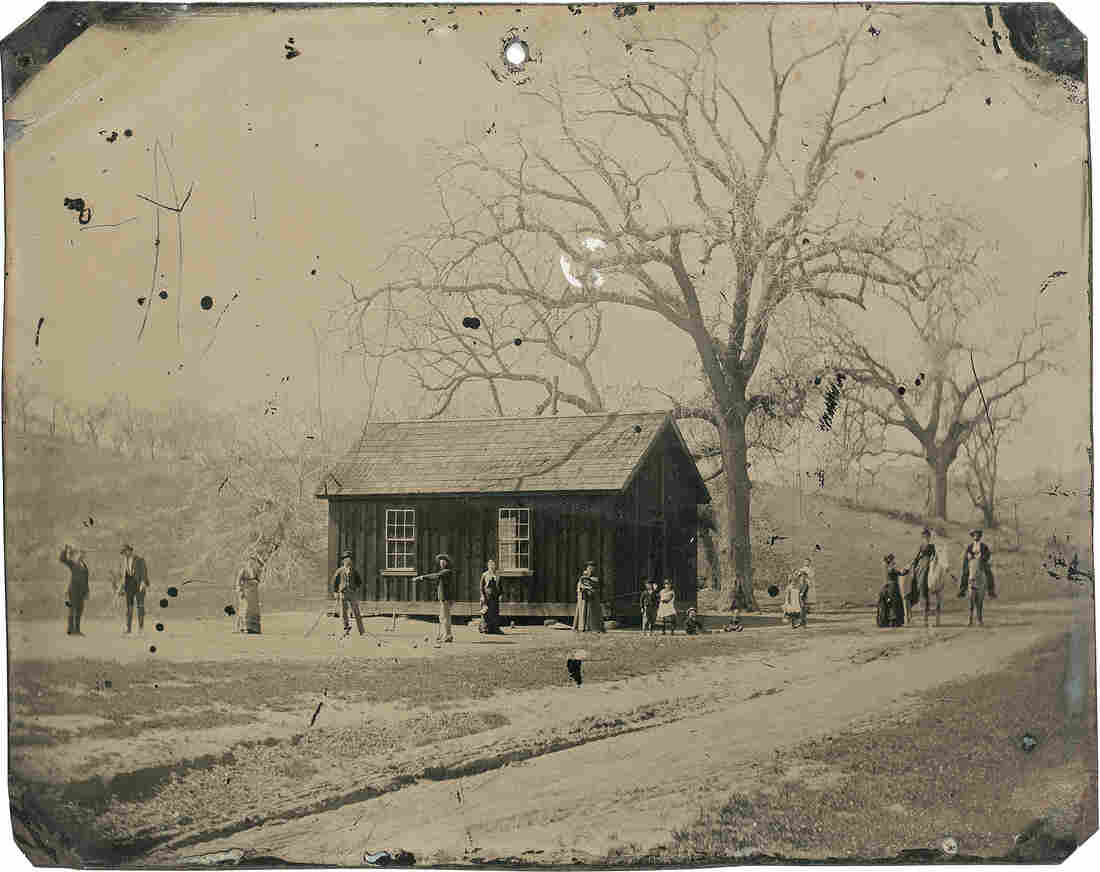 This 4-inch-by-5-inch tintype depicts Billy the Kid and several members of his gang, The Regulators, playing croquet in 1878. Billy is fourth from the left. Courtesy of Kagins.com hide caption 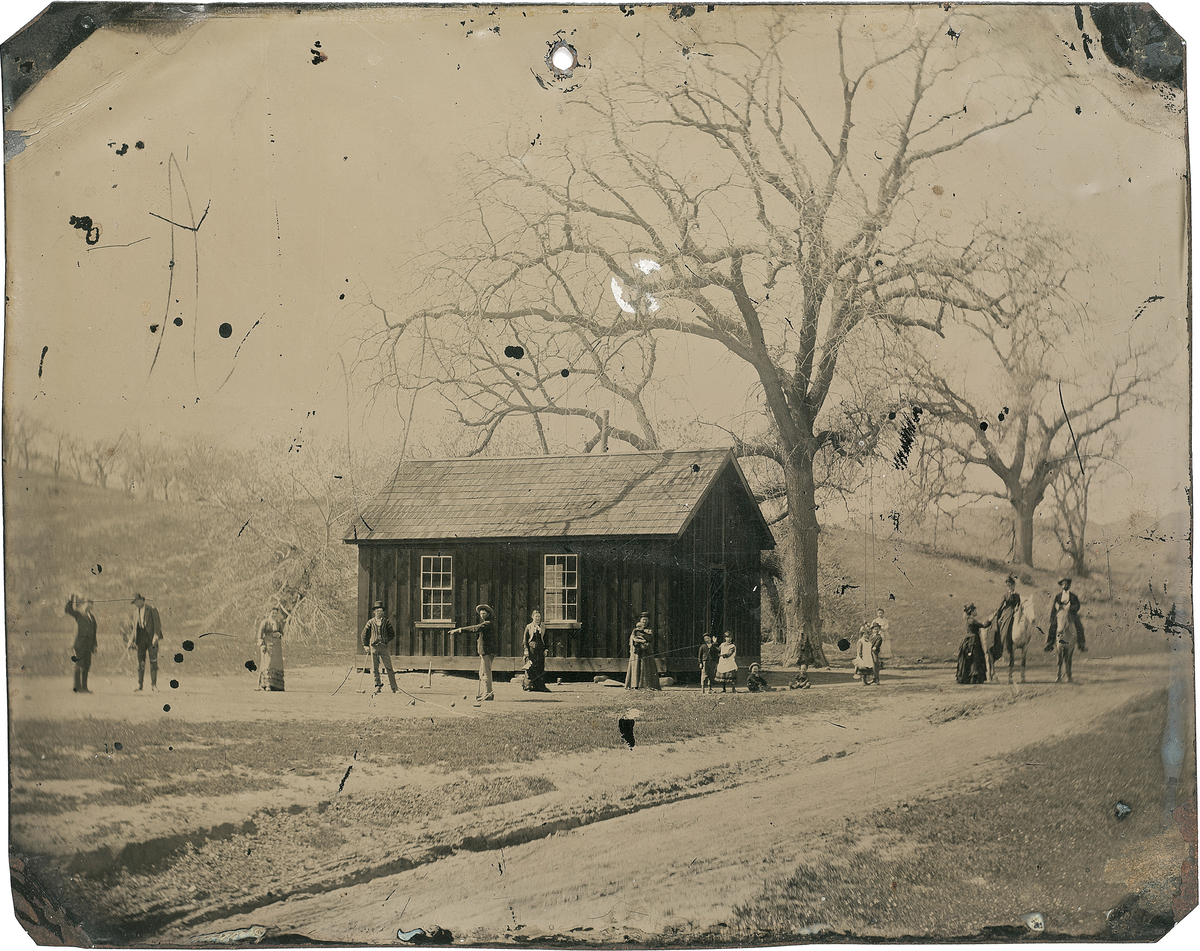 This 4-inch-by-5-inch tintype depicts Billy the Kid and several members of his gang, The Regulators, playing croquet in 1878. Billy is fourth from the left.

It's not every day you can plop down two bucks and walk away with some "junk" that is worth a fortune. But that's what happened when a collector purchased an old-timey photo from a Fresno, Calif., antiques shop.

It turns out, the infamous outlaw Billy the Kid is in the photo, apparently taking part in a leisurely game of croquet.

The image could be worth up to $5 million.

Kagin's Inc., a numismatics firm, announced it had authenticated the photo earlier this month. The 4-inch-by-5-inch tintype shows Billy the Kid in the summer of 1878. It may have been taken at a wedding, and he is alongside several members of his gang, The Regulators, according to the firm. 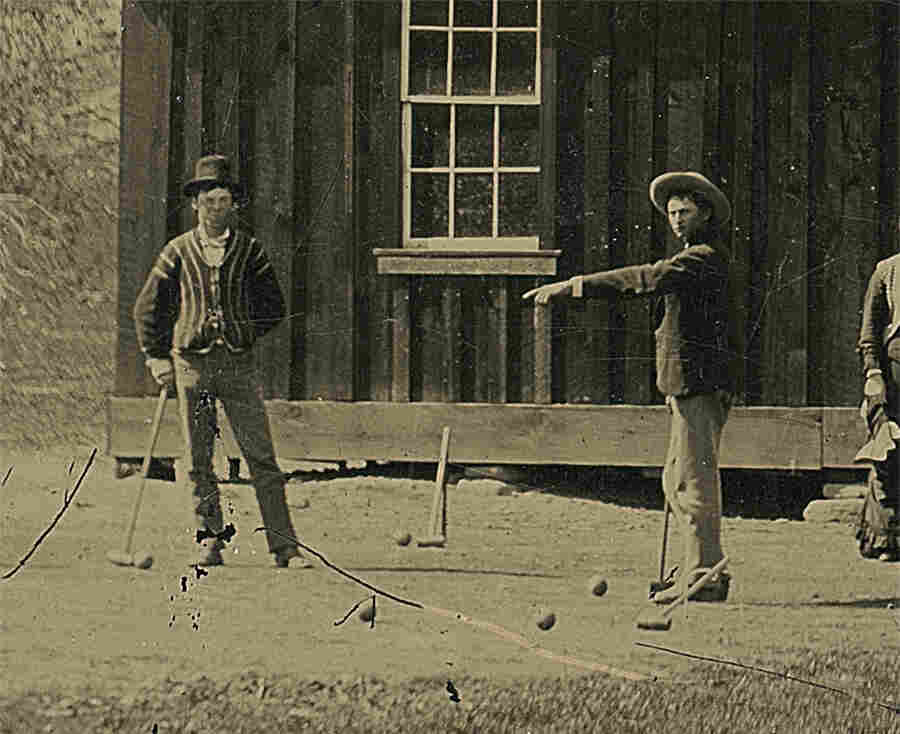 A detail of Billy the Kid (left) in the original tintype. Courtesy of Kagins.com hide caption 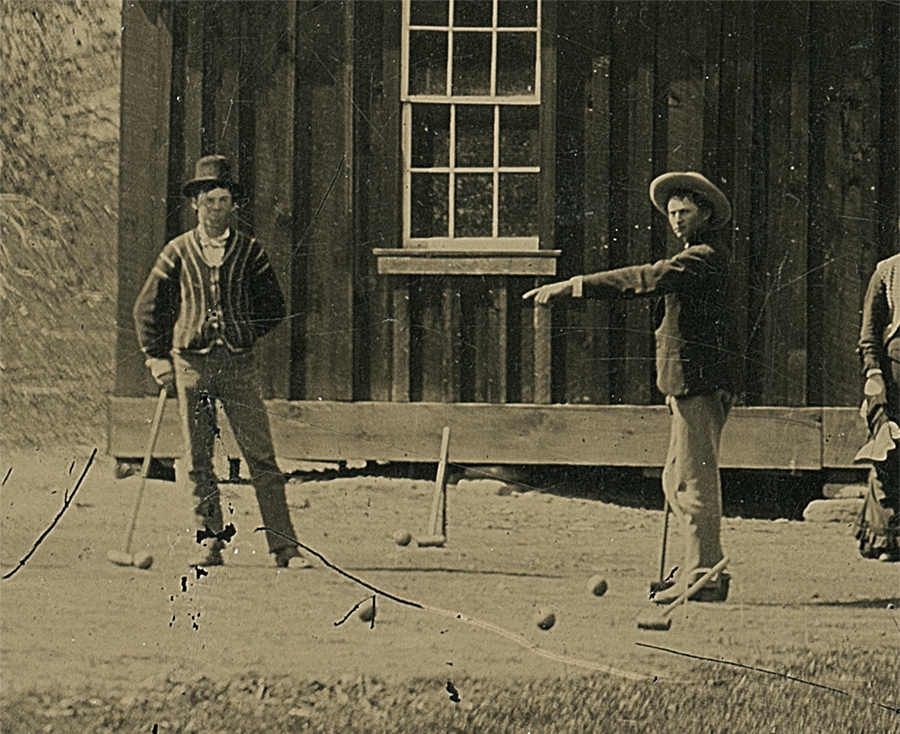 A detail of Billy the Kid (left) in the original tintype.

In a statement, Kagin's senior numismatist, David McCarthy, said it took more than a year of careful inspection before the firm would confirm the photo's authenticity.

"When we first saw the photograph, we were understandably skeptical — an original Billy the Kid photo is the Holy Grail of Western Americana. ...

"We had to be certain that we could answer and verify where, when, how and why this photograph was taken. Simple resemblance is not enough in a case like this — a team of experts had to be assembled to address each and every detail in the photo to insure that nothing was out of place.

"After more than a year of methodical study including my own inspection of the site, there is now overwhelming evidence of the image's authenticity."

Billy the Kid, whose real name may have been Henry McCarty (he also used the alias William H. Bonney), has remained part of American frontier folklore for generations. He was a famous thief and gunfighter who was captured and sentenced to death but escaped prison after killing two guards.

Legend has it that he killed 21 men, one for each year of his life. However, according to the New Mexico Tourism Department, the number was actually nine: four that he was solely responsible for, including the two guards, and five he helped dispatch.

Billy the Kid was eventually tracked down and killed by Sheriff Pat Garrett at Fort Sumner in 1881.