Accessibility links
Palestinians Set Fire To Joseph's Tomb In The West Bank : The Two-Way The tomb is believed to contain the remains of the biblical patriarch, Joseph, and is a prayer site visited by many Jews. Over the past two weeks, at least 39 people have been killed in clashes.

Palestinians Set Fire To Joseph's Tomb In The West Bank

Palestinians Set Fire To Joseph's Tomb In The West Bank 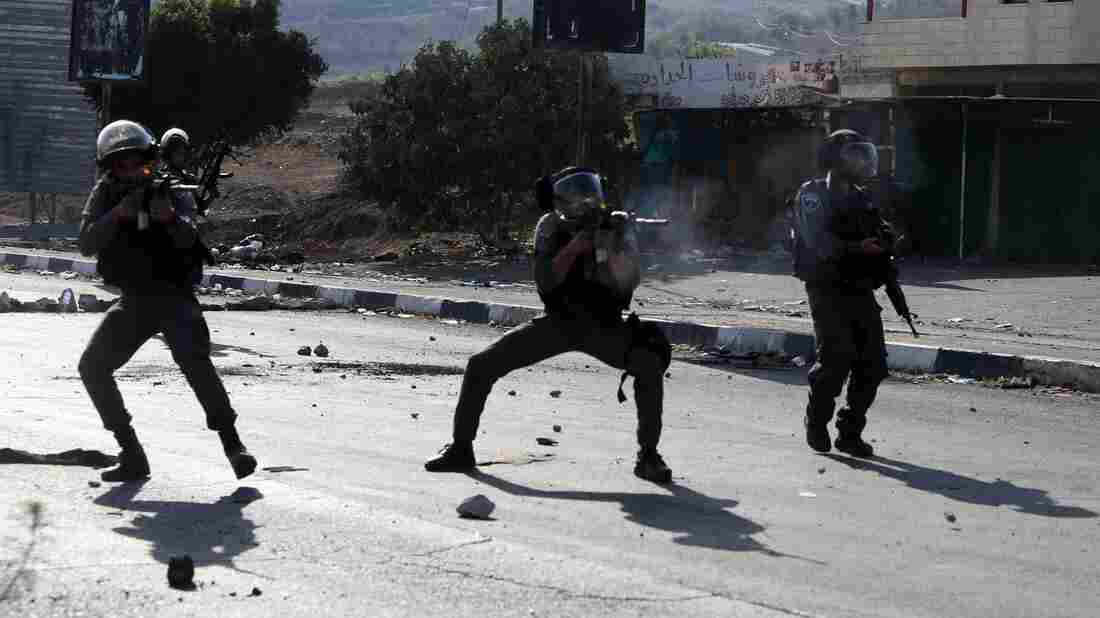 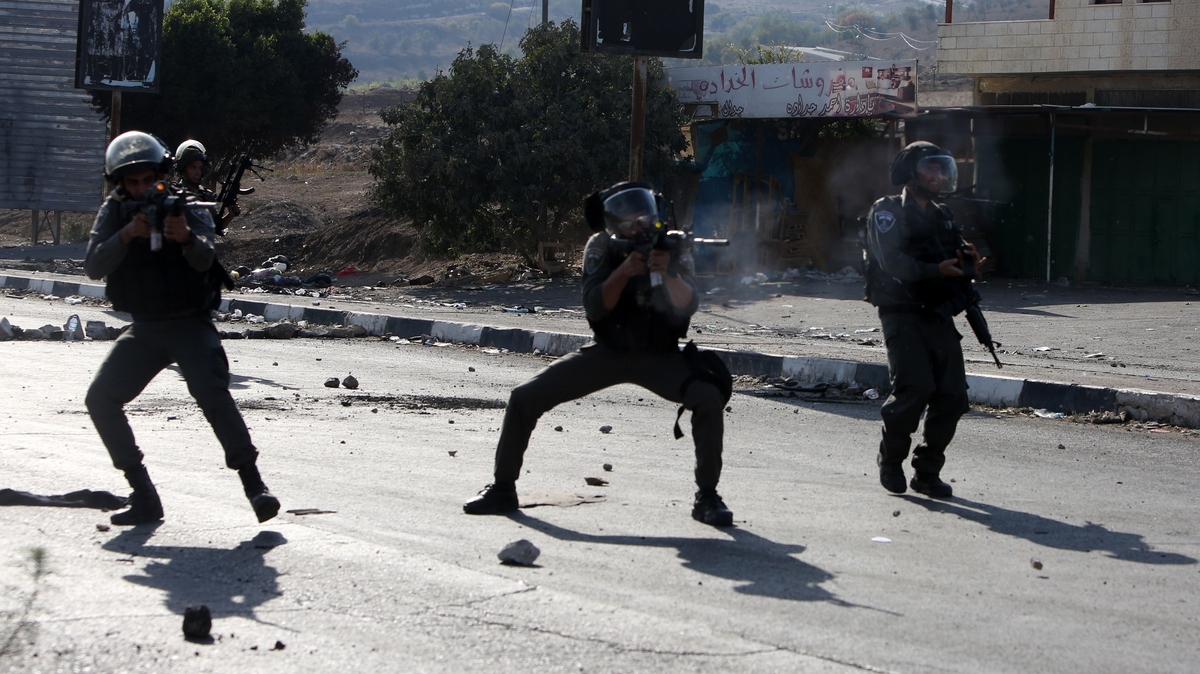 Israeli border guards take aim at Palestinian demonstrators (unseen) during clashes at the Hawara checkpoint, south of the West Bank city of Nablus on Friday.

In yet another sign of escalating violence in the region, the Israeli military says that Palestinians set fire to Joseph's Tomb in the city of Nablus in the West Bank on Friday morning.

As CNN explains, Nablus is controlled by the Palestinian Authority and the tomb is venerated by Jews.

"Judaism considers the site to be the resting place of the Old Testament figure Joseph son of Jacob, a high Israelite patriarch who, according to religious accounts, was sold into slavery as a boy but then rose to become one of the most powerful figures in ancient Egypt, second only to the pharaoh," CNN reports.

NBC News reports that in the early hours of Friday, hundreds of Palestinians entered the compound and set it on fire.

"The overnight violence came amid calls for another "day of rage" in the region and looked set to further escalate tensions in which at least 39 people have been killed over the past two weeks.

"The Israel Defense Forces immediately pledged to hunt down those behind the attack on what is believed to contain the remains of the biblical patriarch, Joseph.

"IDF spokesman Lt. Col. Peter Lerner said: 'The burning and desecration of Joseph's tomb ... is a blatant violation and contradiction of the basic value of freedom of worship. The IDF will take all measures to bring the perpetrators of this despicable act to justice, restore the site to its previous condition and ensure that the freedom of worship returns to Joseph's Tomb.'"

The Jerusalem Post reports that the crowds were dispersed and the fire was put out by local forces.

"The religious site suffered severe damage in the fire," the Post reports. "There were no reports of injuries."

"Abbas called the arson attack on the flashpoint Joseph's Tomb in Nablus irresponsible and said a committee was being formed to investigate," AFP reports. "The overnight fire was started with molotov cocktails."