Accessibility links
We Ask Experts: Has The Situation In Syria Become A Proxy War? : The Two-Way President Obama has said the U.S. would not "make Syria into a proxy war between the United States and Russia." Given reports that Russia has bombed U.S.-backed rebels, we wondered, is it already?

We Ask Experts: Has The Situation In Syria Become A Proxy War?

We Ask Experts: Has The Situation In Syria Become A Proxy War? 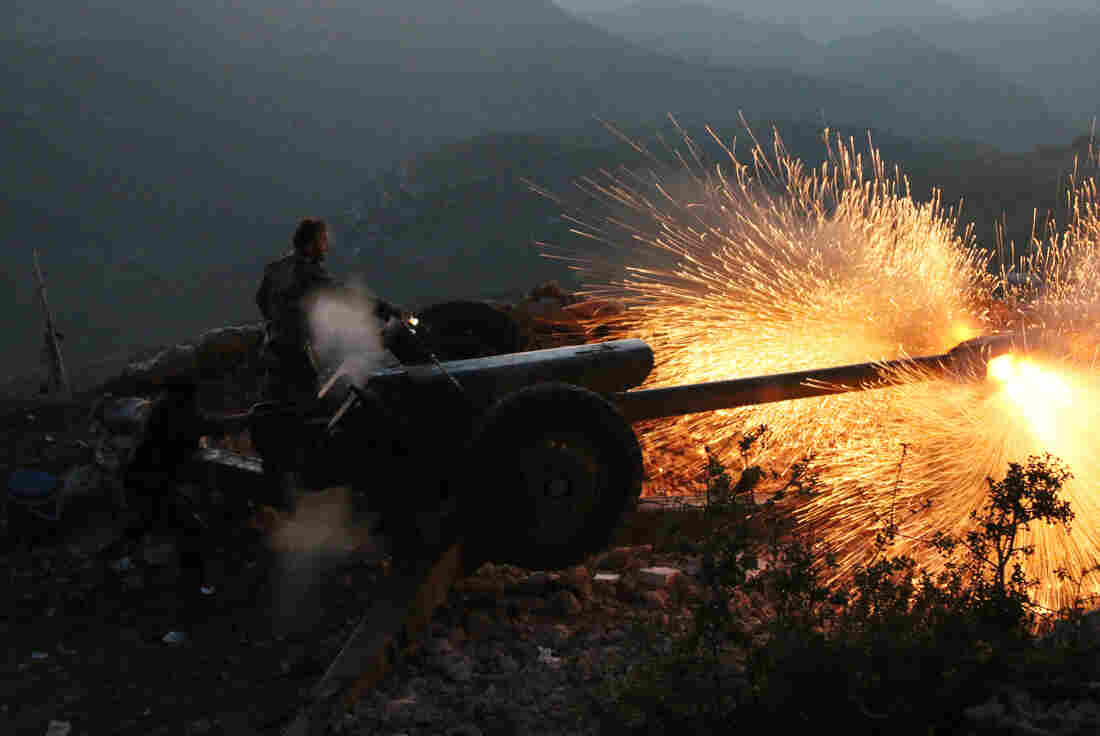 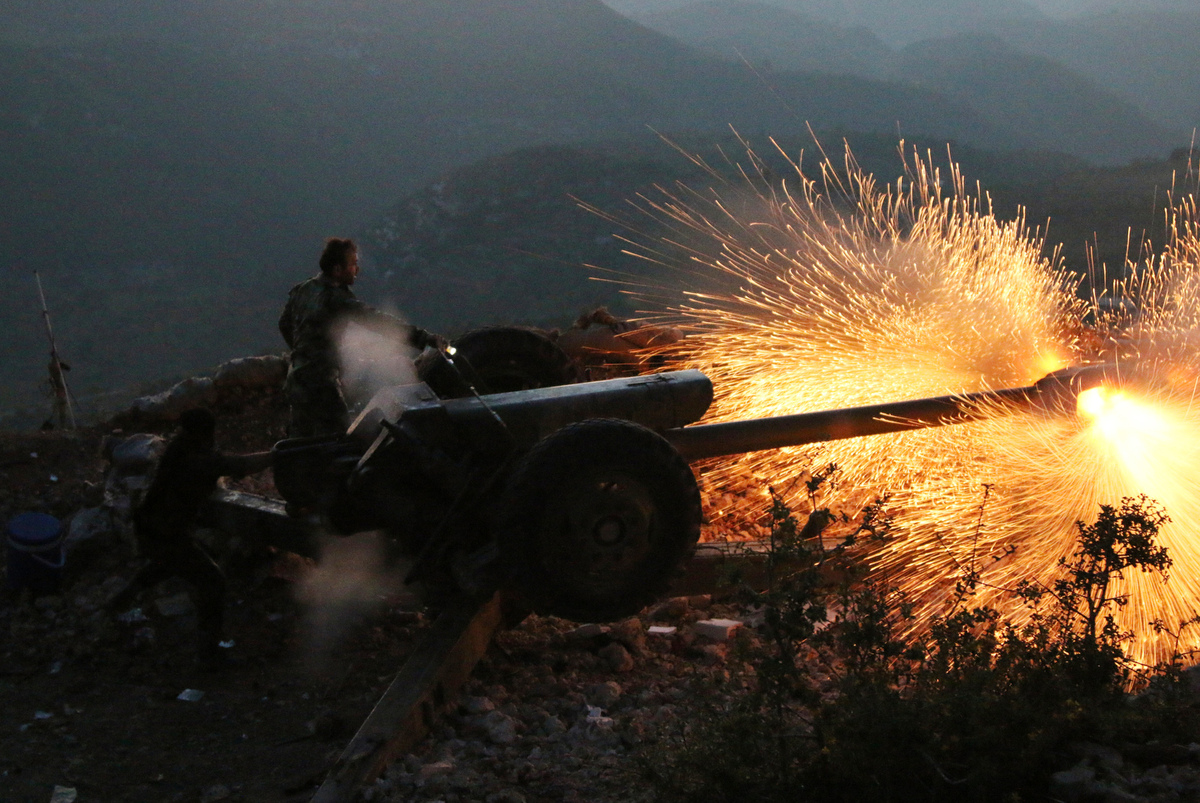 Syrian army personnel fire a cannon in Latakia province, close to the Turkish border in Syria.

During a recent news conference, President Obama said he would not allow the current conflict in Syria to devolve into a proxy war between the United States and Russia.

"That would be bad strategy on our part," he said. "This is a battle between Russia, Iran and [Syrian President Bashar Assad] against the overwhelming majority of the Syrian people."

His comment came as Russia stepped up its military operations in the country with a bombing campaign that U.S. officials say has targeted CIA-backed rebels. That made us wonder: Is the situation in Syria already a proxy war, which is generally defined as a conflict between two countries that is fought on third-party soil?

We took the question to three experts in the field, and they gave us three different answers.

"In my view, the term 'proxy war' overstates U.S.-Russian strains over Syria. A proxy war entails two major nations actively — and to a real extent equally — supporting opposite sides in a conflict. The decades-long civil war in Angola between the MPLA and UNITA was a classic proxy war, where the Soviet Union and the U.S. provided major support to opposite sides.

"In Syria, the U.S. strongly objects to the Russian intervention — holding that it will only stoke conflict, further radicalize the opposition, and make eventual formation of a coalition government even less likely. Russia in turn sympathizes with President Bashar al-Assad's view that the opposition are terrorists and must be eradicated. The U.S. and Russia deeply distrust each other's motives in Syria, and cooperation is unlikely in the foreseeable future.

"But the U.S. has not, and I don't think will, actively oppose the Russian move. President Obama has long been opposed to major U.S. military intervention in Syria, holding that there's no viable strategy and U.S. intervention could well lead to a bloody quagmire. U.S. strategy is not proxy war, but to let President Vladimir Putin dig his own hole in the morass that is the Syrian civil war.

"The only 'weak signal' of a proxy conflict is press reports that Saudi Arabia is increasing deliveries of U.S.-made TOW anti-tank missiles to Syria. If the reports are true, that would introduce a proxy-war flavor to the conflict. But even then, it would take more than TOW missiles for this episode to qualify as a proxy war."

"The U.S. is not yet in a proxy war with Russia in Syria, but the situation is very fluid and could move in that direction. If reports are true that the U.S. is now stepping up weapons deliveries to what it judges to be moderate forces, and if this enables progress against forces fighting for the Assad regime, the outcome could be a pattern of punch and counter-punch in which Russia and the U.S. end up supporting and restocking their respective sides. Once that starts, an escalatory dynamic can develop that would indeed amount to a proxy war."

Stephen D. Biddle, an adjunct senior fellow for defense policy at the Council on Foreign Relations, tells us by phone that the U.S. is already involved in a proxy war in Syria, because he defines a proxy war as an outside actor advancing an agenda by using local fighters.

"So, the simple answer would be yes. But it's also incomplete, because there are lots of proxy wars going on in Syria," Biddle said. "And it's not clear that the one between Russia and the United States is the most important."

Biddle said it's clear that Saudi Arabia and Iran are fighting for influence in the country and are funding and arming militants who are clearly on opposite sides. Turkish Kurds and the Turkish government have a more complicated relationship in the country.

In the end, what's interesting about the situation in Syria, he said, is that all of the foreign nations involved "are unwilling to take full responsibility."

"And that's the defining essence of the whole conflict," Biddle said.

Perhaps, he added, what President Obama meant when he said the U.S. would not get dragged into a proxy war with Russia is that he would not let this conflict "dominate the U.S./Russia relationship."