Accessibility links
NASA To Publish At Least A Dozen Daily Images Of Earth From Space : The Two-Way The photos come from a camera on a satellite, once called "GoreSat" after former Vice President Al Gore, who initially proposed the project in the late 1990s. 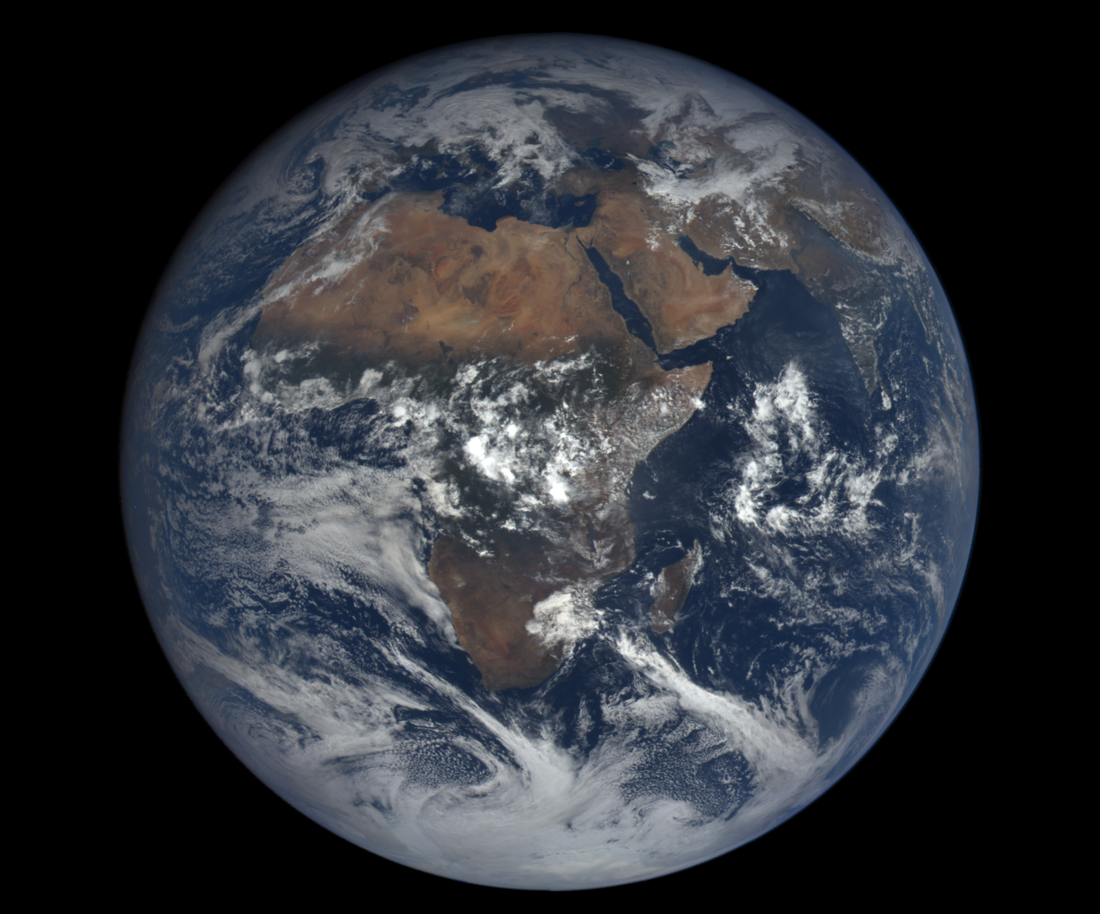 A view of Earth as seen from EPIC, the Earth Polychromatic Imaging Camera. DSCOVR:EPIC/NASA hide caption 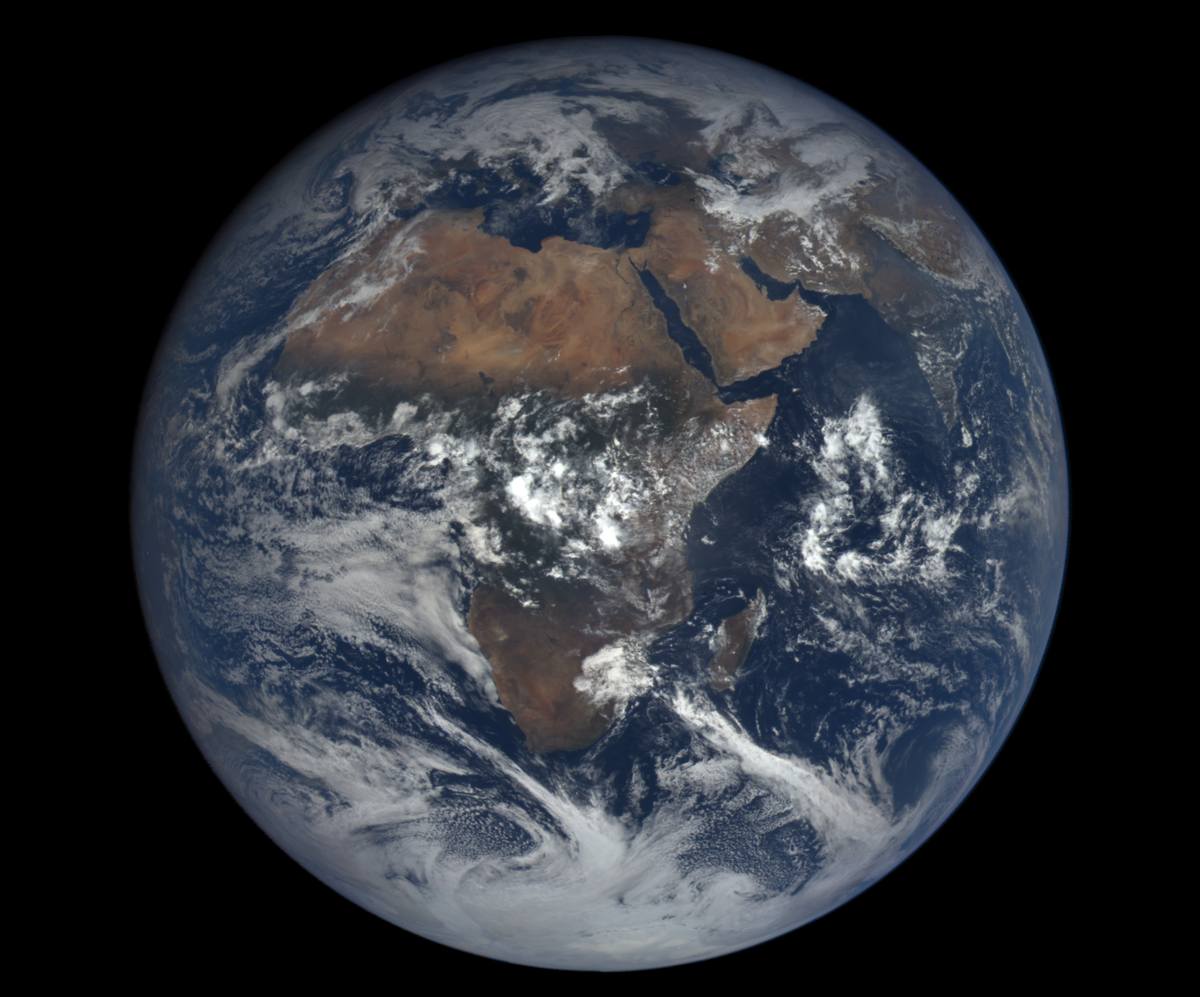 A view of Earth as seen from EPIC, the Earth Polychromatic Imaging Camera.

Few images can put life's trivialities into perspective quite like the sight of our planet in the interminable blackness of space.

And at the very least, it's a cool view.

On Monday, NASA announced that this view will be available every day on a new website dedicated to publishing images from a satellite camera 1 million miles away from Earth.

The camera is mounted on the satellite called Deep Space Climate Observatory (DSCOVR), a partnership between NASA, the National Oceanic and Atmospheric Administration (NOAA) and the U.S. Air Force. Its primary mission, according to NOAA, is to "maintain the nation's real-time solar wind monitoring capabilities, which are critical to the accuracy and lead time of space weather alerts and forecasts from NOAA."

The DSCOVR satellite performs important meteorological duties, but NASA's Earth Polychromatic Imaging Camera (EPIC), which will snap at least a dozen color images of the earth as it rotates, is stealing the show.

According to NOAA, each daily sequence of images will reveal "the whole globe over the course of a day." Image sequences from previous days will also be archived on the site and can be searched by date and continent.

The images will provide a brand new, almost-real-time way to view Earth, but as NPR's Joe Palca reported when the endeavor was announced, this project has been a long time in the making:

"Al Gore first proposed the idea for DSCOVR back in 1998, when he was vice president. Gore was so smitten with the view of Earth from space that he put an enormous print of a picture taken by Apollo 17 on the wall of his West Wing office. 'Wouldn't it be nice,' Gore asked in 1998, 'to have that image continuous, live, 24 hours a day?'"

"So he proposed sending a probe to a spot a million miles from Earth — a place known as the L1 Lagrange point, where the gravity of the Earth and the sun cancel each other out. The space probe, originally dubbed Triana, would point a telescope with a color camera back at our planet from L1, and send images down to Earth."

NASA was willing to build the probe, and in order to maximize its usefulness, it also equipped it with devices to measure solar wind and energy coming from Earth. When Gore lost the 2000 presidential election, however, momentum for the project fizzled out — and detractors mockingly called it "GoreSat."

Then, in 2009, the probe was resurrected when NOAA needed a new space weather satellite. So Triana was renamed, given a tune-up and on Feb. 11, 2015, launched into space. Joe adds:

"Thomas Berger, head of NOAA's Space Weather Prediction Center, calls DSCOVR 'our buoy in space, if you will, that warns us of that solar tsunami coming toward the Earth. And we can get about an hour's warning (at best) to prepare for the impact.'

"The military is also interested in early warning — so interested that the Air Force is actually paying to launch DSCOVR.

"'There are things we can do to put our spacecraft or other systems in safe states — to minimize the damage that could be caused by any form of space weather,' says Col. D. Jason Cothern, chief of the Air Force's Space Demonstrations division. 'Having that "heads up" would be very helpful.'