Accessibility links
Trudeau Upsets Harper, As 'Liberal Wave' Takes Canada's Prime Minister Post : The Two-Way After his victory, Justin Trudeau, 43, touted "sunny ways" to a boisterous crowd in Montreal, a reference to his insistence on running a positive campaign. 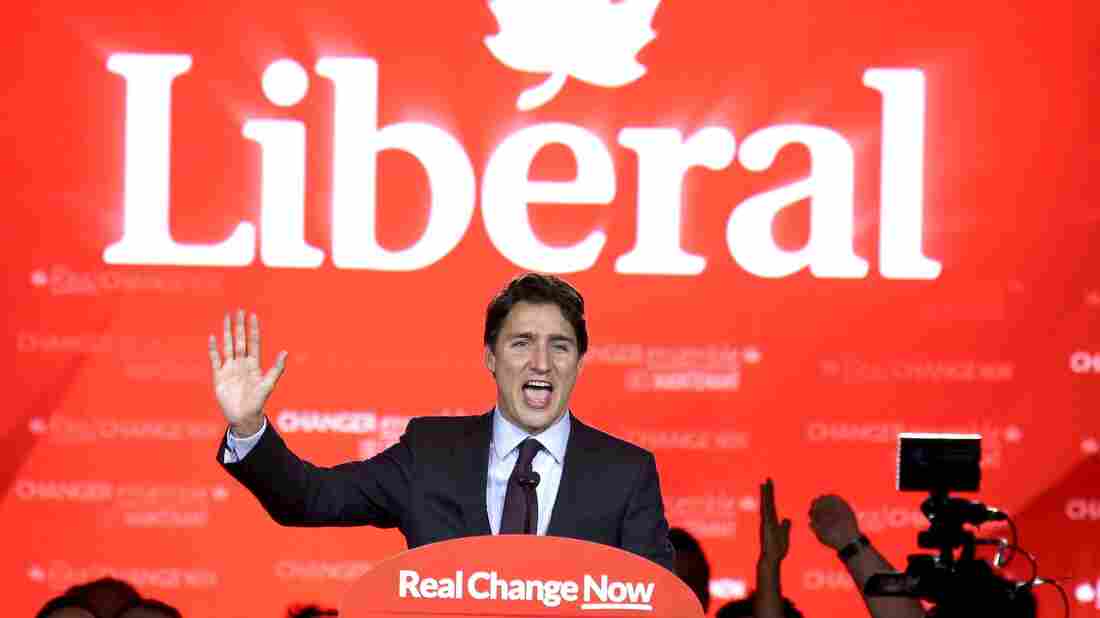 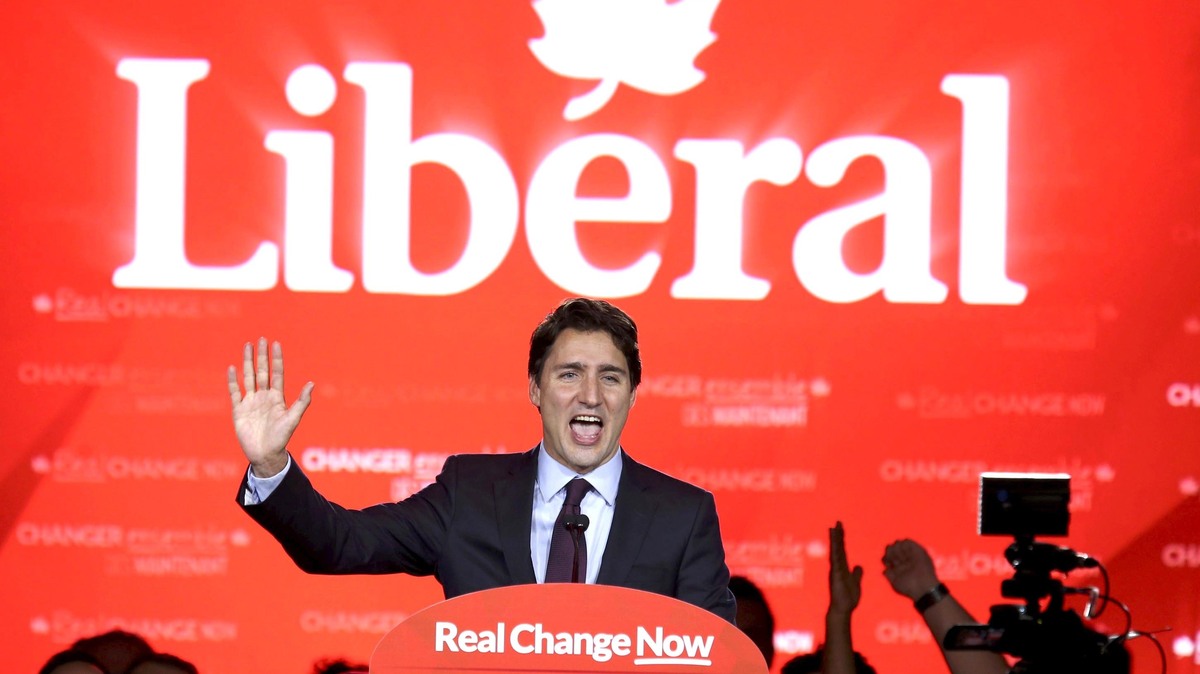 Canadian news outlets are calling it a "Liberal wave." After nearly a decade in office, Stephen Harper has been ousted as Canada's prime minister, falling to the Liberal Party's Justin Trudeau. Losing his bid for a fourth term, Harper will also step down as leader of the Conservative Party.

Celebrating his victory, Trudeau, 43, touted "sunny ways" to a boisterous crowd in Montreal, a reference to his insistence on running a positive campaign. His critics had said Trudeau wasn't experienced enough to lead Canada. Trudeau is the son of the late Pierre Trudeau, who had two stints leading Canada before retiring in 1984.

"We beat fear with hope," Trudeau said after the win, according to the CBC. "We beat cynicism with hard work. We beat negative, divisive politics with a positive vision that brings Canadians together."

Under Canada's parliamentary system, the leader of the party with the most seats in the House of Commons is anointed prime minister. On Monday, the Liberal Party took more than half the seats — 184 out of 338.

"The Liberals captured more than four times the seats they held before Parliament was dissolved, sweeping the Atlantic provinces and all the seats in Toronto.

"The Conservatives under Stephen Harper were crushed, winning only 99 seats. Harper conceded defeat, and a statement from the party said he would be stepping down as leader. The New Democratic Party ran third with 44 seats, the separatist Bloc Quebecois took 10, and the Green Party one."

The Globe and Mail reports that for the Liberals, "The result signals a vast reversal of fortunes for a party that was all but written off after winning just 34 seats in the past election."

In Calgary, where Harper won re-election to his parliamentary seat despite his party's overall loss, The Calgary Herald says that before the Liberal Party's upset, "You could sense it coming like some rogue Atlantic wave that gathered power across the country and finally crashed into the Pacific."

The newspaper adds, "It was an abrupt end to one of the most successful runs of any prime minister in a generation. If Harper's habitual style is any guide, he'll now give the voters what so many seemed to want, and quickly vanish from public view."

As for how the results might affect America's relations with Canada, Alexandra Starr wrote for The Two-Way on Monday:

"Canada is our biggest trading partner. And a switch from the conservatives to the liberals could have a pronounced effect on Canada's energy policies. Harper hails from the oil-rich province of Alberta, which has been dubbed Canada's Texas. Under his leadership, the country withdrew from the Kyoto Protocol, the world's legally binding plan to curb greenhouse gas emissions. He has also been a strong backer of the Keystone XL pipeline, which would bring oil from Alberta into the U.S. While Trudeau is also a supporter of Keystone, he has said Canada needs to regulate its carbon emissions."