Accessibility links
Ahmed, The Clockmaking Texas Student, Will Move From U.S. To Qatar : The Two-Way "I think I will learn a lot and also have lots of fun there," says Ahmed Mohamed. The 14-year-old and his family have accepted a scholarship for high school and college.

Ahmed, The Clockmaking Texas Student, Will Move From U.S. To Qatar

Ahmed, The Clockmaking Texas Student, Will Move From U.S. To Qatar 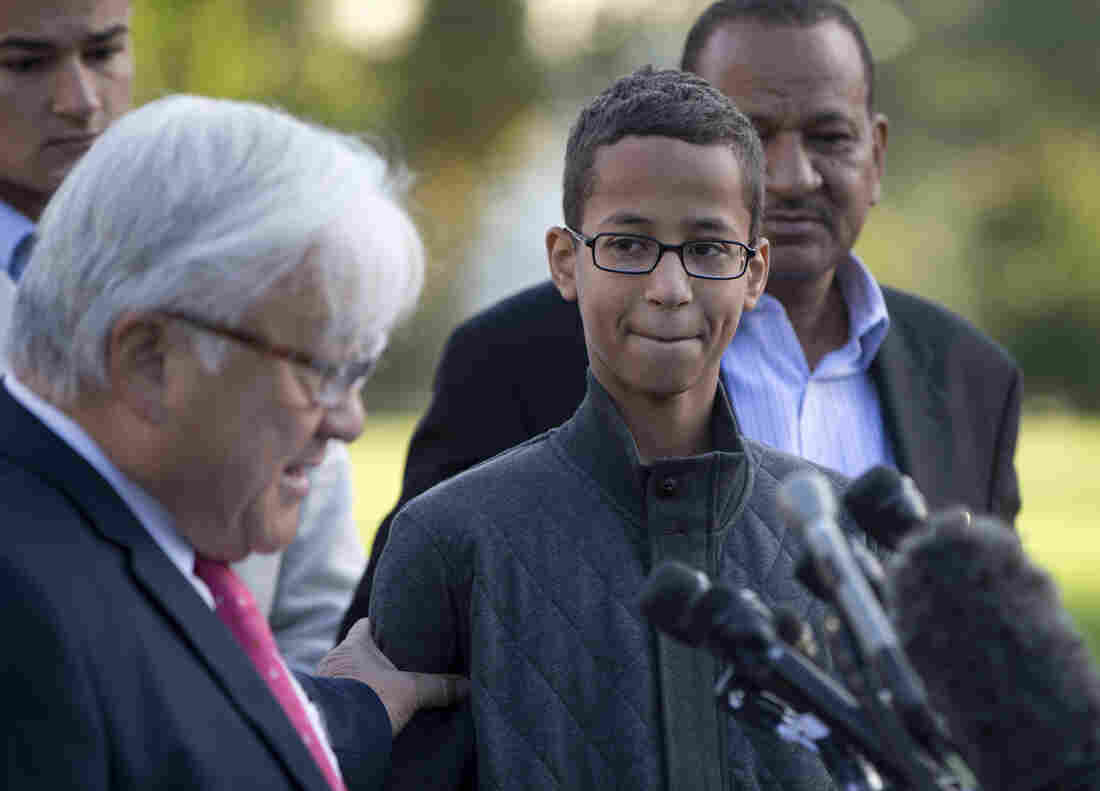 After being offered a scholarship in Qatar, Ahmed Mohamed will move to that country. The 14-year-old is seen here at a Capitol Hill event in Washington, D.C., Tuesday. Carolyn Kaster/AP hide caption 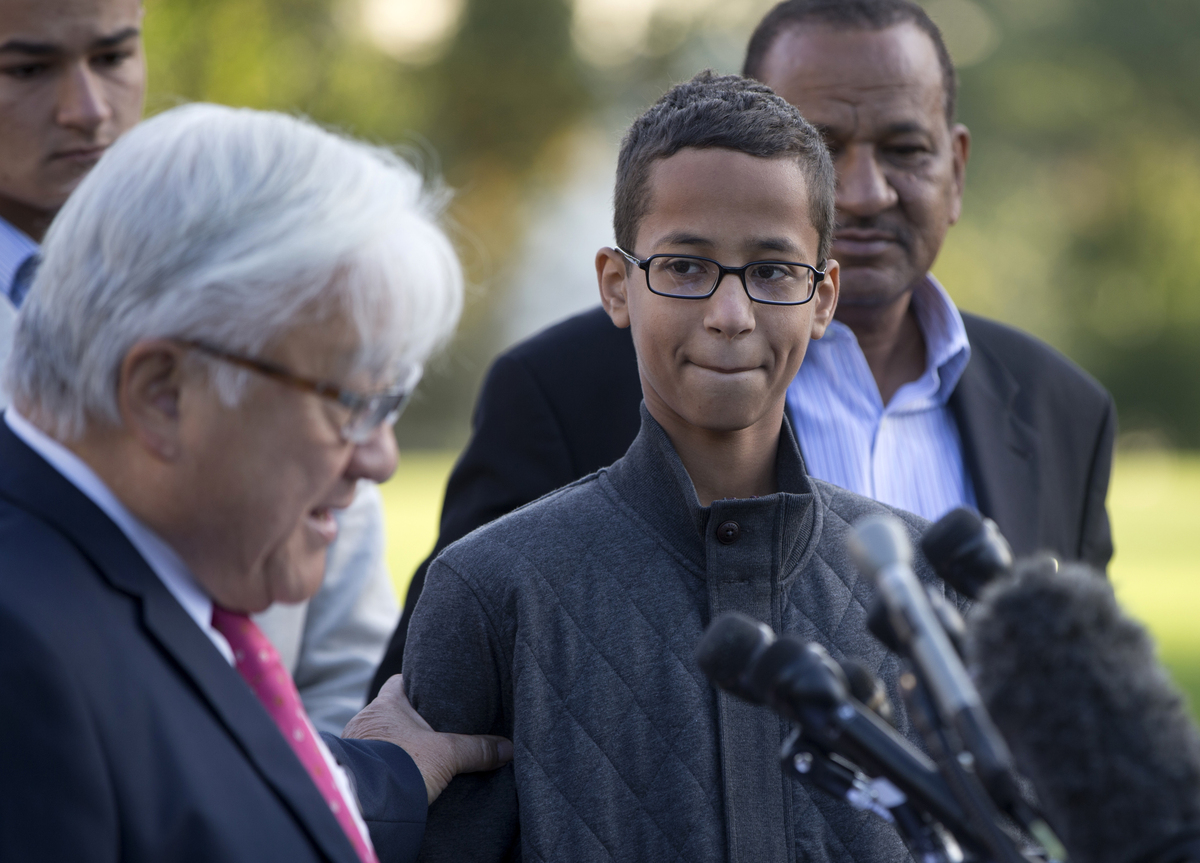 After being offered a scholarship in Qatar, Ahmed Mohamed will move to that country. The 14-year-old is seen here at a Capitol Hill event in Washington, D.C., Tuesday.

In the latest twist to the story of a Texas high school student who became a celebrity after he was arrested over a project in which he rebuilt a digital clock, Ahmed Mohamed and his family are moving to Qatar, where Mohamed, 14, has accepted a scholarship.

The news comes on the heels of Mohamed meeting President Obama at the White House Astronomy Night on Monday.

When Mohamed visited Qatar two weeks ago, he toured the Qatar Foundation's sprawling government-funded Education City. Today, the foundation announced that Mohamed will be moving to Qatar to take part in its Young Innovators Program.

"I was really impressed with everything that Qatar Foundation has to offer and the campuses are really cool," Mohamed said in a news release from the foundation. "I got to meet other kids who are also really interested in science and technology. I think I will learn a lot and also have lots of fun there."

Last month, the teenager made headlines and attracted support after police removed him from MacArthur High School in Irving, Texas, and detained him, suspicious about a clock Mohamed had taken apart and reassembled in a small pencil case.

A photo of the teenager, in which he wore both a NASA T-shirt and handcuffs while in police custody, quickly went viral on social media, sparking offers of support — including one from President Obama — as well as criticism of his school and the police in Irving.

Last week, Mohamed came in for criticism of his own, after he met with Sudan's President Omar al-Bashir, who is wanted by the International Criminal Court over allegations of war crimes committed in Darfur. Mohamed's father is a native of Sudan; he previously ran for president there.

Discussing the upcoming move, his father, Mohamed Elhassan Mohamed, said "We are going to move to a place where my kids can study and learn, and all of them being accepted by that country," according to an interview with the Dallas Morning News that was cited by member station KERA.