Accessibility links
Hurricane Patricia Makes Landfall In Mexico : The Two-Way The storm that hit Mexico's coast Friday night with 165 mph winds has weakened from a Category 5 storm to a Category 1, causing less damage than expected. 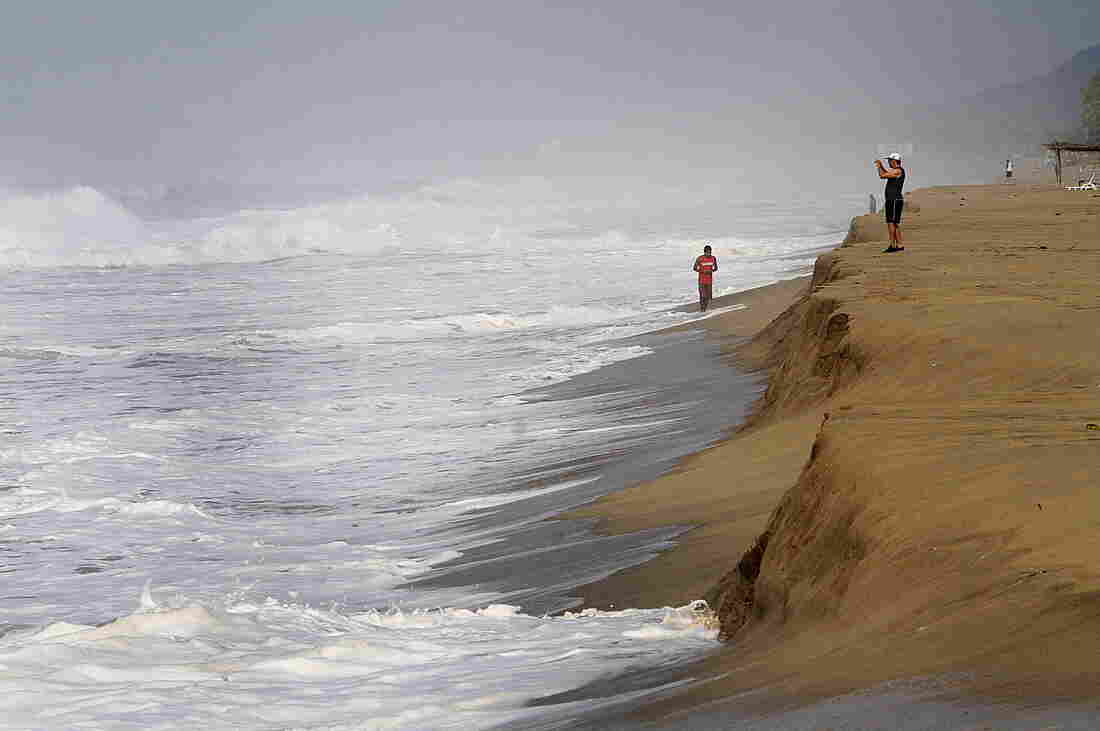 The surf breaks in Acapulco, Mexico, on Friday as the record-beating Hurricane Patricia barrels toward its Pacific Coast. Claudio Vargas/Reuters /Landov hide caption 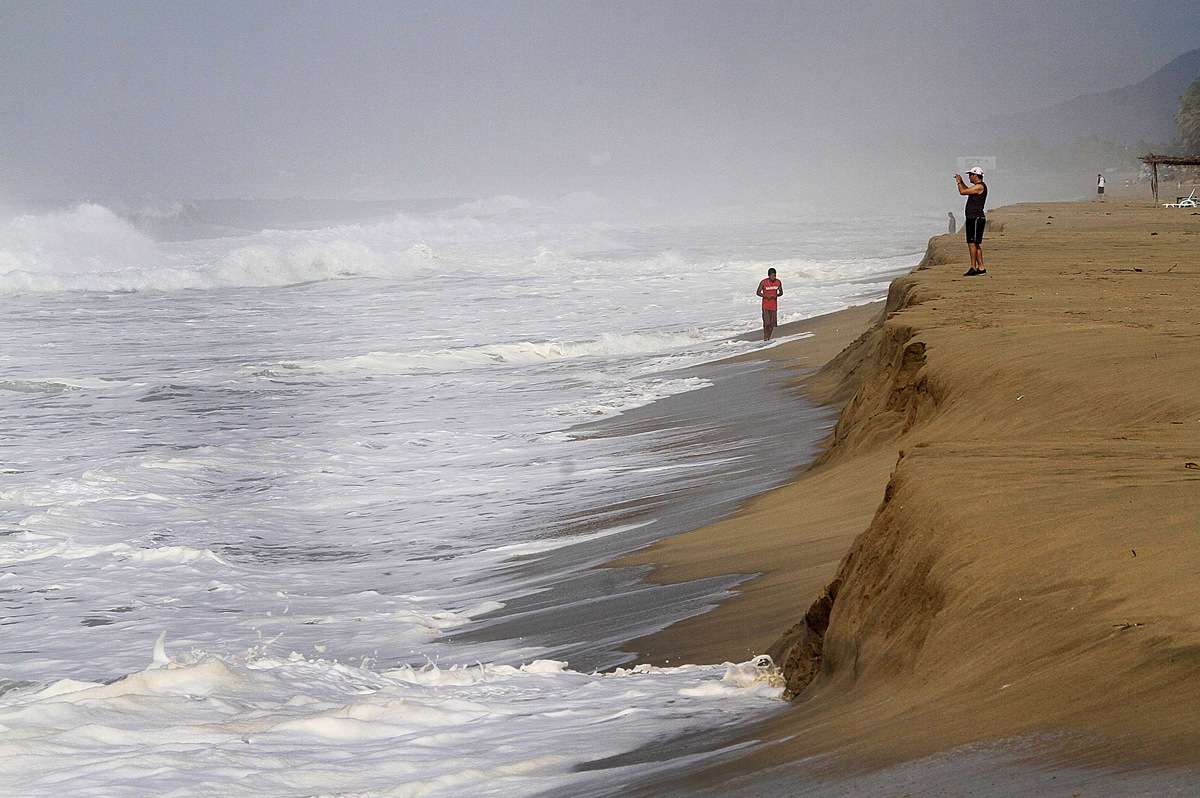 The surf breaks in Acapulco, Mexico, on Friday as the record-beating Hurricane Patricia barrels toward its Pacific Coast.

Hurricane Patricia has calmed to a Category 1 storm overnight, with maximum wind speeds of 75 mph. Still no fatalities or significant damage has been reported.

As The Associated Press reports, Patricia is "expected to dissipate over Mexico's inland mountains, becoming a tropical storm later in the day. Its center was about 50 miles (80 kilometers) southwest of Zacatecas."

"The first reports confirm that the damage has been less than those expected from a hurricane of this magnitude," President Enrique Pena Nieto said in a taped address late Friday. He added, however, that "we cannot yet let our guard down."

Hurricane Patricia, one of the most powerful hurricanes in history, made landfall on Mexico's Pacific coast Friday night.

The National Hurricane Center said it hit land with wind speeds of 165 mph — lower than the day's earlier record-breaking speeds, but still an "extremely dangerous" storm.

The storm struck Cuixmala in the southwestern state of Jalisco, bringing with it torrential rains and raging winds. Residents and tourists have sought shelter along the port city of Manzanillo and Puerto Vallarta, where many people reinforced homes, shops and hotels. 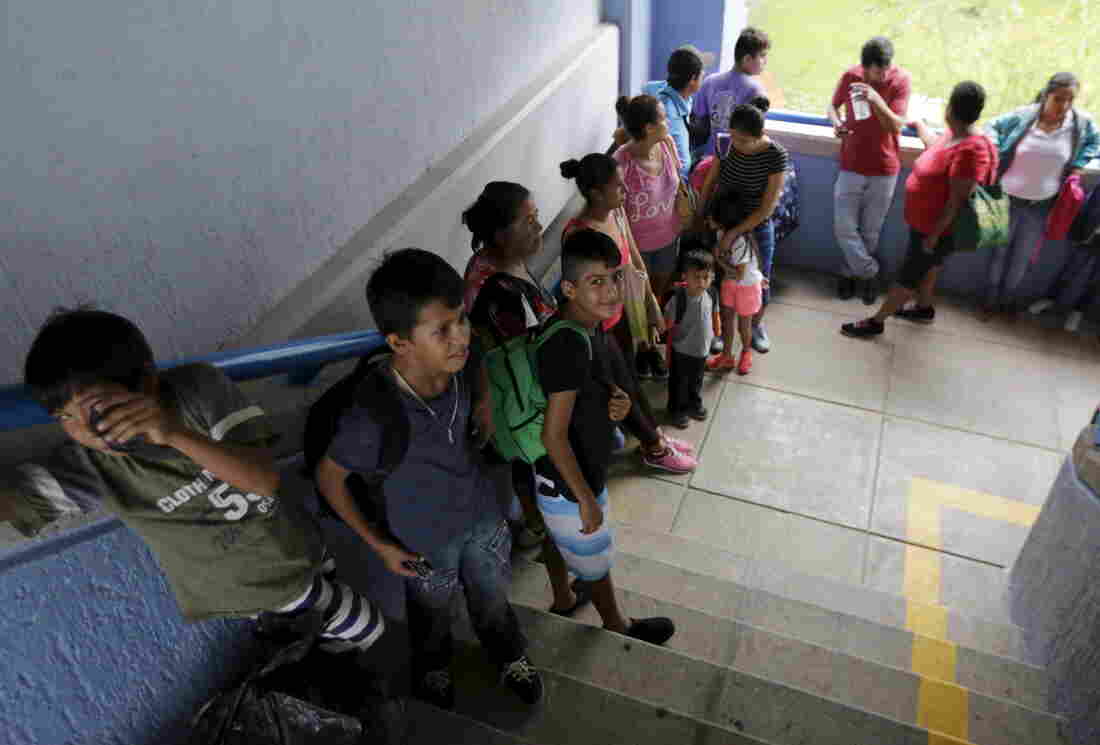 The "potentially catastrophic" Category 5 storm prompted mass evacuations in Mexico's Pacific Coast. Residents who were evacuated from their homes are pictured at the University of Puerto Vallarta, which is being used as a shelter in the resort city. Henry Romero/Reuters/Landov hide caption 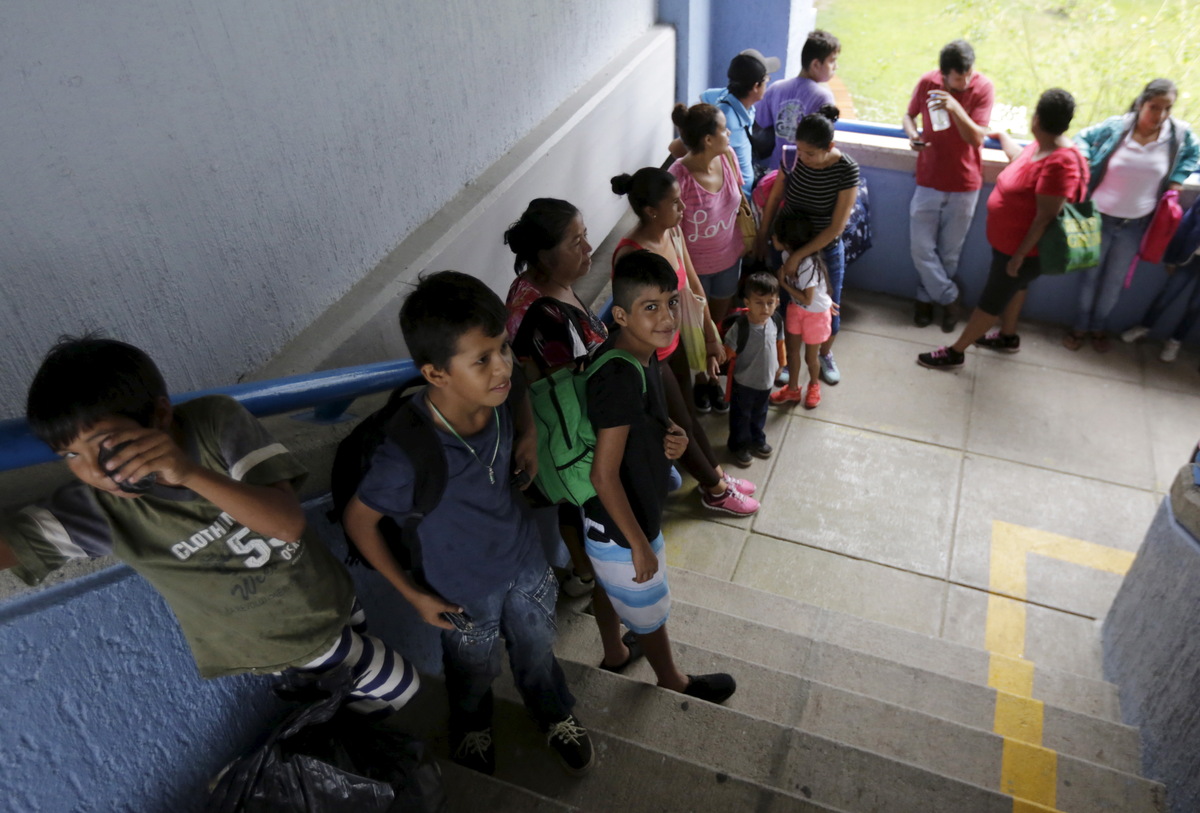 The "potentially catastrophic" Category 5 storm prompted mass evacuations in Mexico's Pacific Coast. Residents who were evacuated from their homes are pictured at the University of Puerto Vallarta, which is being used as a shelter in the resort city.

As it heads north over the mountains, the storm is expected to weaken and dissipate by Saturday, reports The Associated Press:

"There were early reports of some flooding and landslides, but no word of fatalities or major damage as the storm moved over inland mountains after nightfall. TV news reports from the coast showed some toppled trees and lampposts and inundated streets.

"Patricia's projected path headed over a mountainous region dotted with isolated hamlets that are at risk for dangerous mudslides and flash floods, and where communications can be sketchy."

Though Patricia is a Category 5, it is not very big in terms of diameter, as NPR's Russell Lewis previously reported:

"Patricia is a 'small' storm — the most powerful winds don't extend very far beyond its eye, perhaps only about 30 or 40 miles. It's similar in size to Hurricane Andrew, a devastating but compact hurricane that walloped South Florida in 1992."

"The Category 5 storm has forced evacuations in Puerto Vallarta and other areas along Mexico's coast. Forecasters say that in addition to destructive winds, Patricia could bring dangerous flash flooding and mudslides.

"Fears about the hurricane's possible impact forced an entire wedding party to leave the Villa Amor hotel in Sayulita, Mexico, north of Puerto Vallarta, in the early hours of Friday morning, according to the hotel's general manager, Norma Adams:

" 'I am sitting here at the front desk, and I see nobody on the beach,' she told All Things Considered. 'Our fishermen have brought the boats up all the way to the top of the sandy area. They also said "No, it's not gonna hit" — but seeing them pull the boats up, you know something's coming.' "