Accessibility links
Drug Giant Valeant Tries To Rebut Allegations Of Fraud : The Two-Way With its stock price falling, Valeant Pharmaceuticals will hold a conference call Monday to try to reassure investors it's not doing anything wrong. 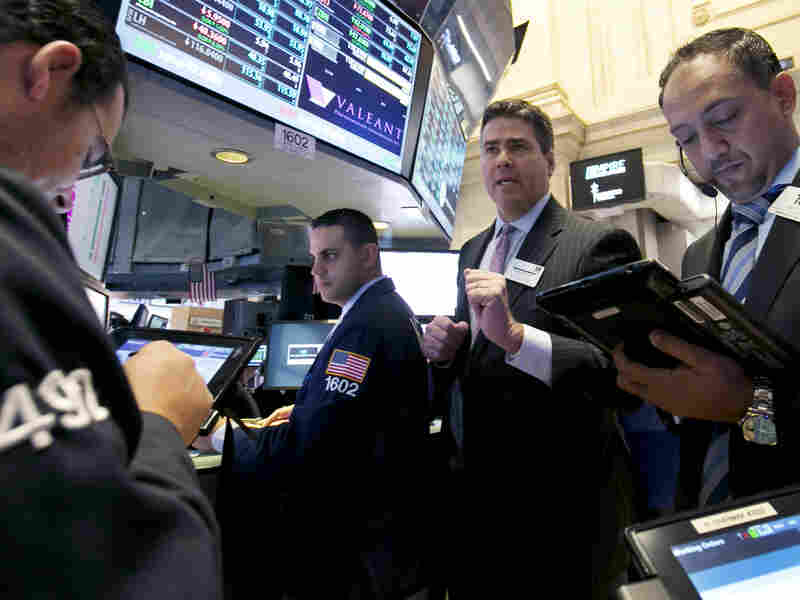 At the New York Stock Exchange, traders watched what was happening to shares of Valeant last Thursday, after questions mounted about the company's practices. NYSE Governor Richard Barry is second from the right. Richard Drew/AP hide caption 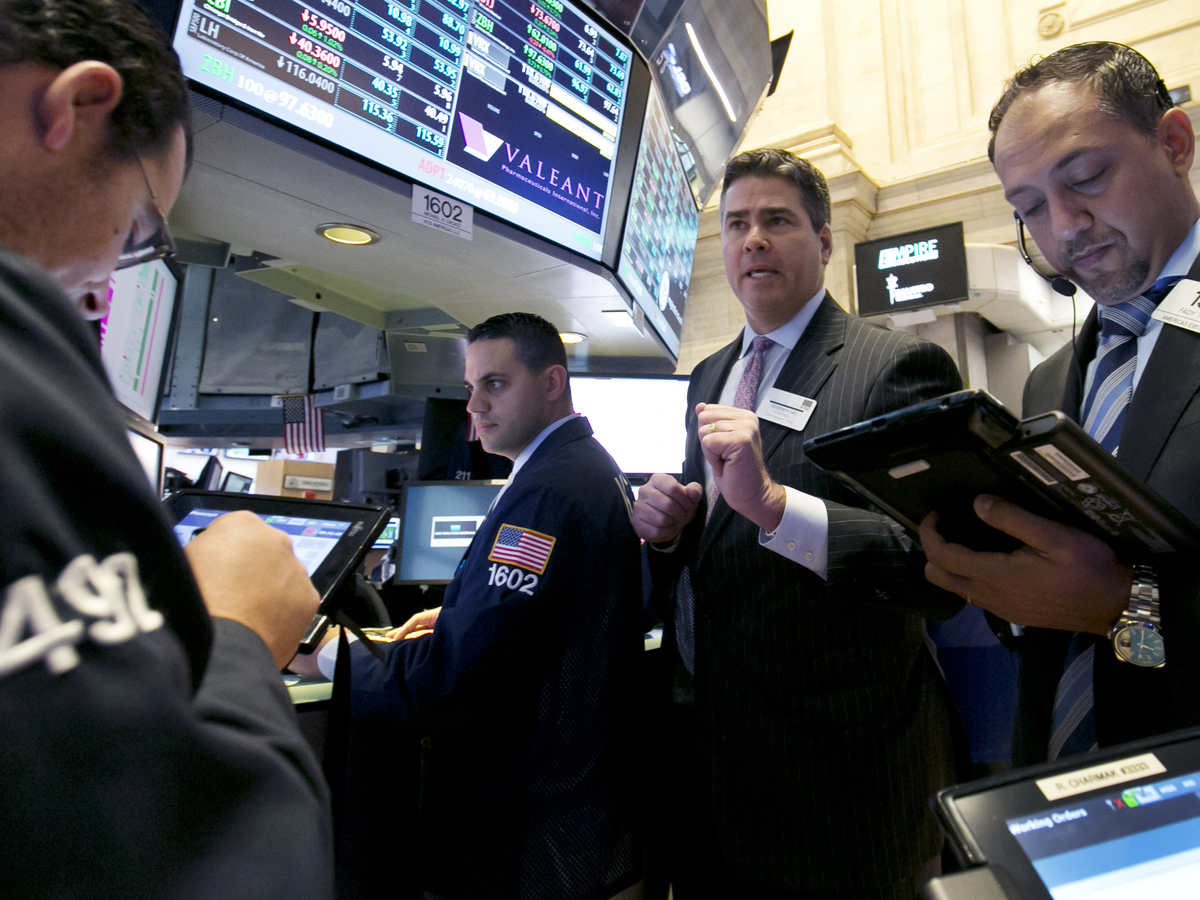 At the New York Stock Exchange, traders watched what was happening to shares of Valeant last Thursday, after questions mounted about the company's practices. NYSE Governor Richard Barry is second from the right.

As criticism mounts over its business practices, multinational drug company Valeant Pharmaceuticals will hold a conference call Monday morning, in an effort to persuade Wall Street not to bail on its stock.

"We look forward to our call on Monday where we will address and refute recent allegations," said J. Michael Pearson, chairman and chief executive officer, in a statement.

The company, once a darling of investors, has been hit with allegations of fraud by short-sellers, and its shares have been steadily losing ground, falling from a high of $263 on Aug. 5 to $119 on Friday.

Valeant — which makes a wide range of drugs, including the antidepressant Wellbutrin and antifungal Jublia — is one of a number of drug companies known for buying other pharmaceutical companies and then raising prices on their drugs, sometimes by huge amounts. As we reported earlier this week, the company's business practices have been under scrutiny:

Valeant, based in Quebec, is reportedly under investigation by federal prosecutors, who are seeking information about its pricing and distribution policies. The company has purchased the rights to sell two heart drugs, Nitopress and Isuprel, and raised their prices by 212 and 525 percent, respectively.

This business model has become especially controversial in recent weeks, after another company, Turing Pharmaceuticals, purchased a decades-old drug used by AIDS and malaria patients and increased the price by 5,000 percent.

Valeant has found itself in even deeper trouble because of a campaign by short-sellers, investors who place bets that a stock will fail.

A short-selling firm, Citron Research, published a report Wednesday that said Valeant uses its relationship with specialty pharmaceutical companies, including a firm called Philidor, to inflate its revenue artificially. On Thursday, a securities regulator in Canada called the charges "worrying," which sent shares dropping further.

Meanwhile, reports have raised new questions about Valeant's practices. The New York Times has reported that Valeant uses Philidor to get around insurance reimbursement rules.

Valeant strongly denied the allegations, but it also acknowledged that it has an option to buy Philidor, a revelation that only made investors more nervous.

"Valeant's structure may not be illegal, but we find it aggressive and questionable," said Alex Arfaei of BMO Capital Markets.