Accessibility links
Supporters In Congress Make New Attempt To Revive The Export-Import Bank : The Two-Way Its critics see it as crony capitalism run amok; its supporters, as a vital part of America's economy. On Monday, a bipartisan group of House members will try to bring the Ex-Im Bank back to life. 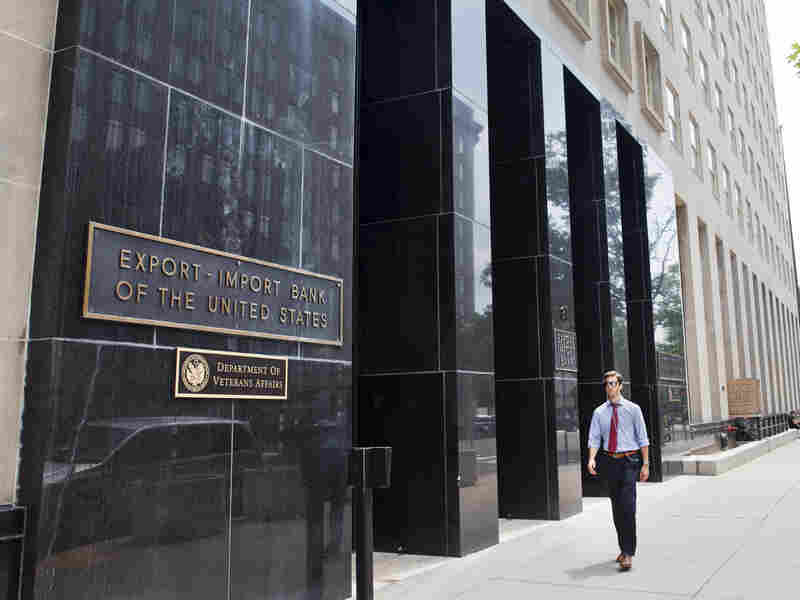 Outside the Export-Import Bank in July, after its charter was allowed to expire. Jacquelyn Martin/AP hide caption 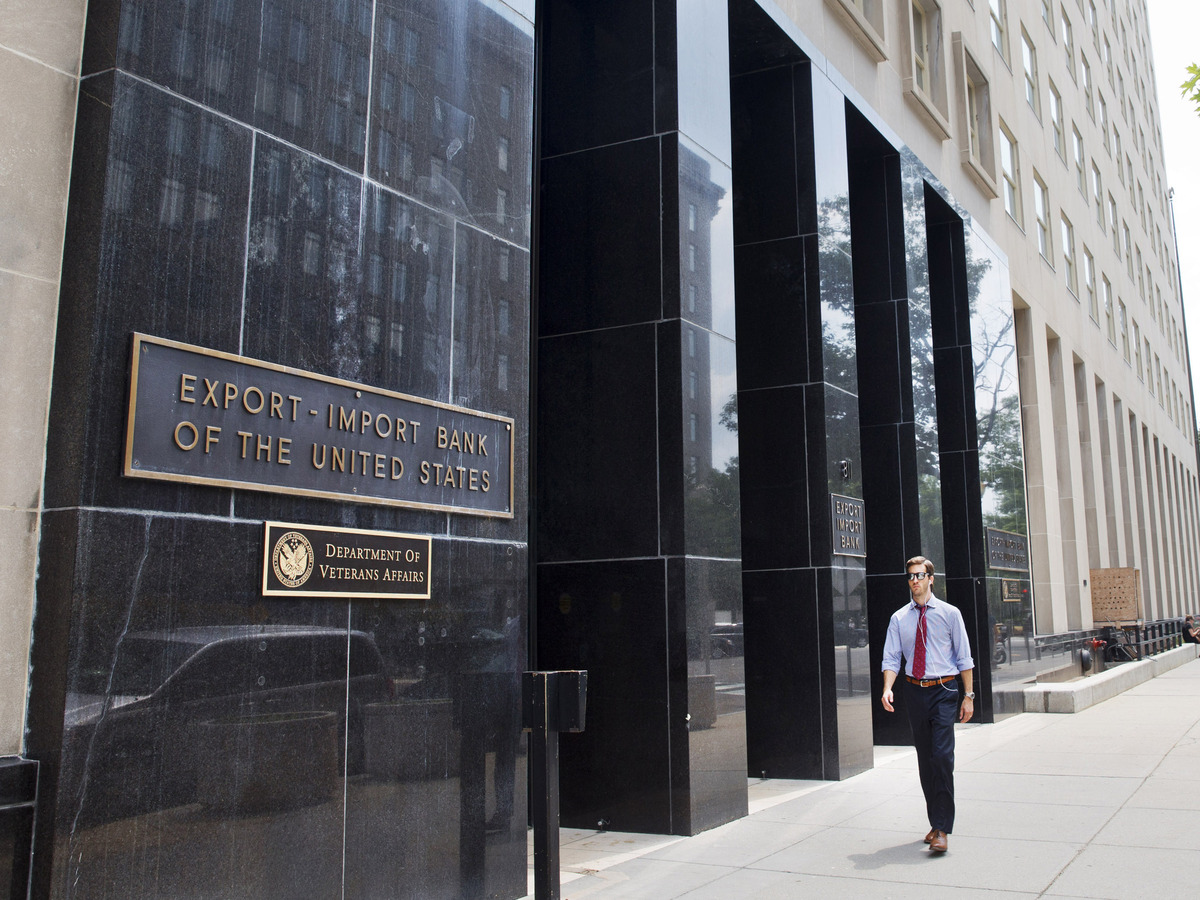 Outside the Export-Import Bank in July, after its charter was allowed to expire.

On Monday a bipartisan group of House members will try to revive the Export-Import Bank, a federal government agency that finances exports — which its critics deride as little more than a slush fund for big corporations.

The agency, known as the Ex-Im bank, essentially stopped doing new business on July 1, after House leaders let its charter lapse at the behest of conservative Republicans who attacked it as "corporate welfare."

But the bank has plenty of friends in Washington, and earlier this month 42 Republicans joined 176 Democrats to sign a discharge petition, a rarely used legislative maneuver designed to force a measure up for a vote.

Supporters in the House appear to have enough votes to re-authorize the bank, although it's less clear it can pass the Senate.

Created during the Depression, the Ex-Im Bank provides insurance and loan guarantees to overseas buyers of American products. Republican Rep. Billy Long of Missouri argues that it plays, and has long played, an important role in America's economy:

"It's been a critical part of our country's history — making the Pan American Highway a reality, helping to keep airlines flying after September 11th, and weathering the 2008 financial crisis while many other banks were unable to."

The bank also provides guarantees to U.S. companies doing business overseas to ensure they get paid.

Supporters say without the bank, U.S. exporters are at a disadvantage, because many foreign countries bar them from getting contracts without a financing agency to provide loan guarantees.

A small handful of companies, including General Electric, have already said they will move jobs out of the country to countries that provide financing, as a result of the decision to let the bank's authorization lapse.

The bank has backing from both labor unions and big business groups such as the U.S. Chamber of Commerce, which lobbied hard for its re-authorization.

But it's opposed by the small government group the Club for Growth, as well as many of the most conservative Republicans, including Jeb Hensarling of Texas, chairman of the House Financial Services Committee.

Opponents see closing the bank as a moral issue, calling it a form of crony capitalism that allows the federal government to pick winners and losers.

"If we're ever going to get rid of all the corporate connectedness and all the corporate welfare, you got to start with the most egregious one and the most obvious one, and that's the Export-Import Bank," Republican Jim Jordan of Ohio told NPR in June.

One study by Veronique de Rugy of the libertarian Mercatus Center at George Mason University and Diane Katz of the conservative Heritage Foundation found that the bank "mainly benefits very large exporters."

Of the top 10 foreign companies that use the bank to finance U.S. goods, five are in the oil and natural gas business, while the rest are airlines buying aircraft from Boeing, the report said.